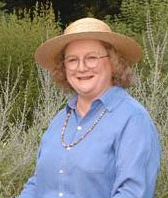 The last year or so has seen a revival of interest in growing succulents in containers and garden beds. They come in a wide variety of shapes, making them fun to collect and grow in a dish garden. One of the most popular goes by the funny name of hens and chicks.

Hens and chicks (Sempervivum tectorum) is a succulent that forms tight rosettes of light green leaves. These fleshy leaves are tipped with a short spine that is often a deep burgundy. Throughout most of the year it is only 4-6 inches high. As the plant matures it propagates by tiny offsets (the chicks) around the parent plant (the hen).

This shallow rooted succulent can be grown anywhere bright light is available. Water lightly but regularly, as you would for any succulent. Fertilize monthly from spring to fall for healthy growth. In winter, cut back on the water and withhold fertilizer to allow for a rest period.

In summer healthy specimens will send up a thick flower stalk to about a foot high. After that the parent plant will die but the nearby “chicks” will quickly fill in the space.

Hens and chicks has long been grown in the garden. Along the way it collected many common names – houseleek, old man and woman. Ancient Romans called it Jupiter’s beard and grew it in vases in the entryways of their houses. In northern Europe it was called Thor’s beard. Both of these names come from the belief that it provided protection against fire and lightning, dangers associated with Jupiter and Thor. Later this protective role was expanded to include the ability to guard against sorcery.

They may not give your home protection from lightning strikes but hens and chicks will ive you a fun plant to enjoy in your garden. Plant some this spring!