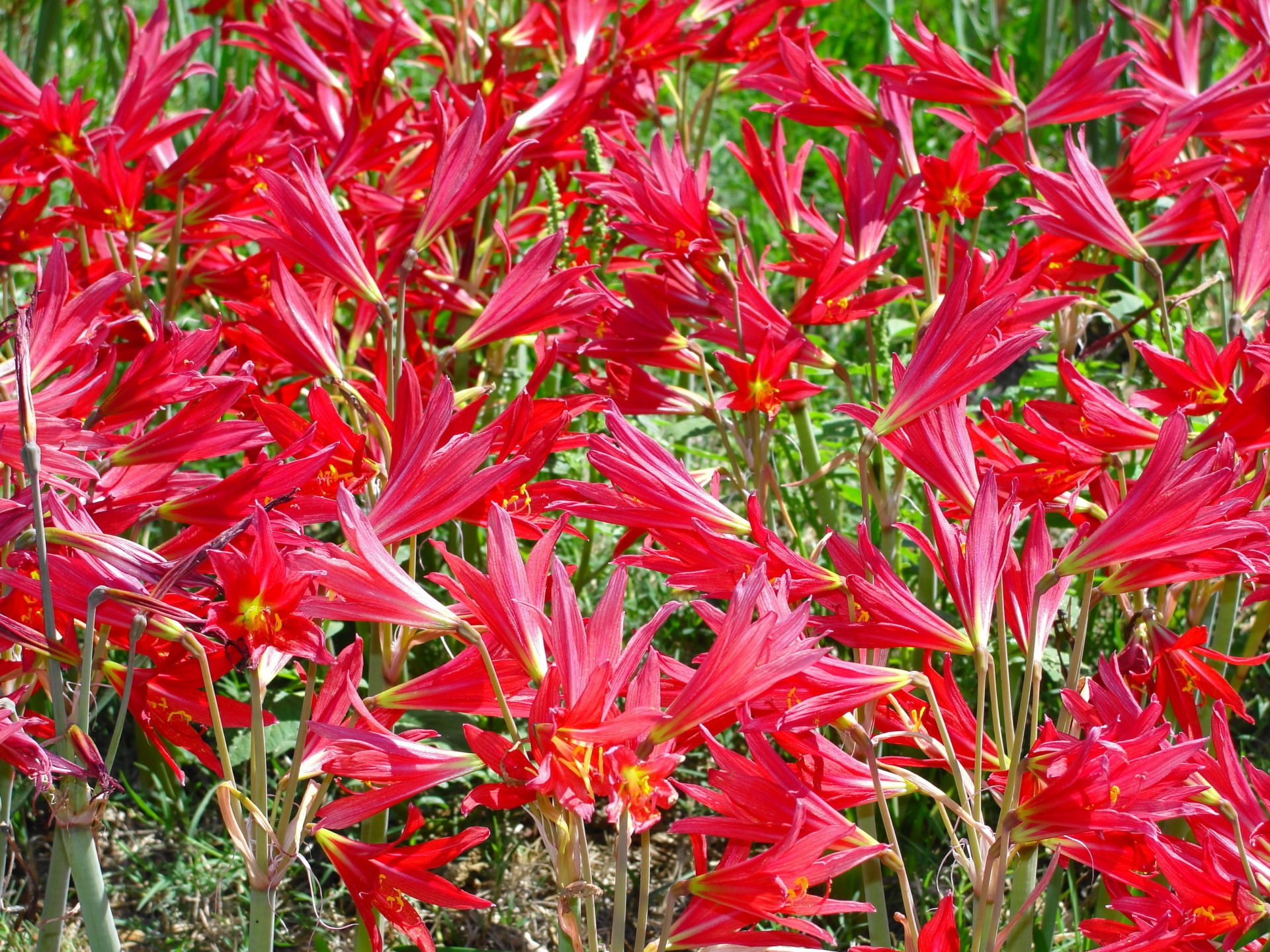 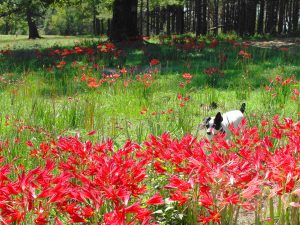 The drought continues. Enough said about that. I’m tired of talking about it. I’ve accepted the fact that I now live in Laredo. Things could always be worse. When I lived in San Antonio, Dr. Jerry Parsons and I would actually take a trip to Laredo each summer to see what looked good. He always said Laredo was as close to hell on earth as you could get, which made it a great place for searching for heat tolerant plants. I distinctly remember beautiful specimens of date and other palms, henna, esperanza, coral vine, periwinkles, and firebush. As a matter of fact, most of the firebush grown and sold in Texas were originally propagated from a plant next to a church in Laredo.

There are actually benefits to excess heat. Just ask folks in England and the North where they can’t bloom crapemyrtles or ripen pomegranates. And believe it or not, there are benefits to drought as well. The spring and fall flowering bulbs that perform best in Texas require a distinct wet/dry cycle. This is opposed to Dutch grown bulbs, like tulips and hyacinths, which require a warm/cold cycle. There a number of “fall” blooming bulbs that thrive in Texas, including rain lilies, oxblood lilies, and spider lilies. These guys all need a prolonged dry period to set blooms inside their bulbs. Irrigation throughout the summer actually harms their floral production. What they really prefer is at least several months of extremely dry conditions followed by a deep soaking rain to coax out their beautiful flowers. With rain lilies, the flowers can occur with intermittent rains throughout the late summer and fall. With oxblood lilies the floral show gets going with the first good rain (or irrigation) after school starts. This has also earned them the nickname of “schoolhouse lilies.” And with red spider lilies, the drama takes place several weeks or even a month after the oxblood lilies, depending on the weather. You can generally count on red spider lilies with the first cool front of autumn. During many years, the oxblood lilies and spider lilies will overlap somewhat providing screaming color that can’t be missed.

We at least got the extremely dry part correct this year. Luckily, I got just enough rain in September to do the trick. The first rain, early in the month (thanks to the edge of a Louisiana tropical storm), of just less than an inch brought out the oxblood lilies and rain lilies. The second rain of just over an inch coaxed the red spider lilies into bloom. Due to the heat, the flowers didn’t last as long as normal but were both a very welcomed relief. 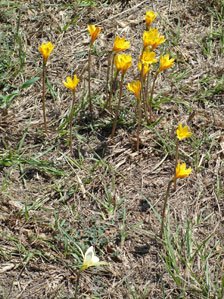 Rain lilies are native to Texas, Mexico, and Central and South America. Of course all of these areas have distinct dry periods. This is why these diminutive amaryllis relatives have learned to store energy and water in their bulbs and to pop up and get their flowers in action in a hurry before the next drought sets in. Rain lilies can be white, pink, or yellow and prefer sun. They are generally pollinated at night when the temperatures are cooler. I mostly use them naturalized in lawns and meadows. They also make excellent “no water” pot plants. One of my favorites is the little East Texas native copper lily (Habranthus tubispathus texensis) which is apparently native to both Texas and South America but not in between.

Oxblood lilies (Rhodophiala bifida) are native to Argentina. They too are in the Amaryllis family. They were likely introduced to Texas by early German-Texan horticulturist, Peter Henry Oberwetter, of Comfort and later Austin. I have been told that there are now more oxblood lilies in Texas than in their native land of South America. I remember the first ones I ever saw in College Station when I started school at Texas A&M in 1981. There was an entire yard covered with them. I decided then and there that I wouldn’t stop until I had recreated the scene back home for myself. Although most oxblood lilies are “oxblood” red, the pink form also grows well for me. Since oxblood lilies thrive in San Antonio and the Hill Country, we know we aren’t going to get too dry for them in East Texas. 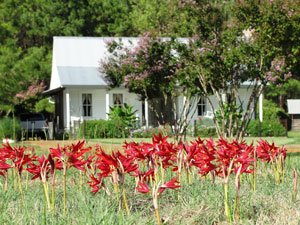 The many different species and hybrids of Lycoris have several common names, including spider lily, resurrection lily, and “nekkid” ladies, as they bloom on bare stems before they have foliage. My favorite common name for them though is magic lily, as they truly seem magical. Each year since I was a child, we of course suffer through some sort of summer heat and drought during the summer which stresses many of our favorite plants. Many years, like this one, it gets on the verge of being unbearable; leading us to wonder why we live here and why on earth we would attempt to garden here. But then cooler temperatures arrive along with a welcome rain or two and suddenly the ground erupts with spidery bits of heaven. I can just hear Gomer Pyle saying “Surprise, surprise!” They truly are a gift. Spider lilies are literally and figuratively a breath of fresh air.

Lycoris are from Japan and China and are also members of the Amaryllis family, one of my favorite families on the planet. While the red form is most common here, they can also be white, yellow, or pink, much like our native rain lilies. I’ve been collecting them for most of my career and look forward to adding new ones when I can. I currently grow around 25 different kinds. Last year’s expensive mail order edition was a double flowered red spider lily. As far as I’m concerned, one can never have too many spider lilies. At the house where I live, I naturalize red spider lilies in my meadow and even in the woods. Red spider lilies make winter foliage, so as long as they are under deciduous trees and have good drainage, they’ll do well. Other more cold hardy forms of Lycoris (like Lycoris squamigera) don’t make foliage until spring, thus avoiding freezing temperatures on their leaves). At my other old house I naturalize pink forms of Lycoris (along with pink oxblood lilies and pink rain lilies). They can be planted when they are dormant or even while they are growing, if you will water them in well or plant them during a wet spell. I do most of my dividing and transplanting as soon as they finish blooming, but before they have made foliage; while the color is fresh on my mind. They all make great, although delicate, cut flowers and remind me each year why I do garden here. 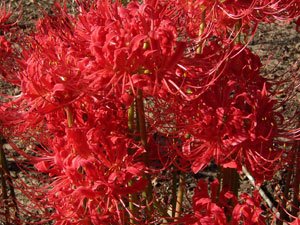