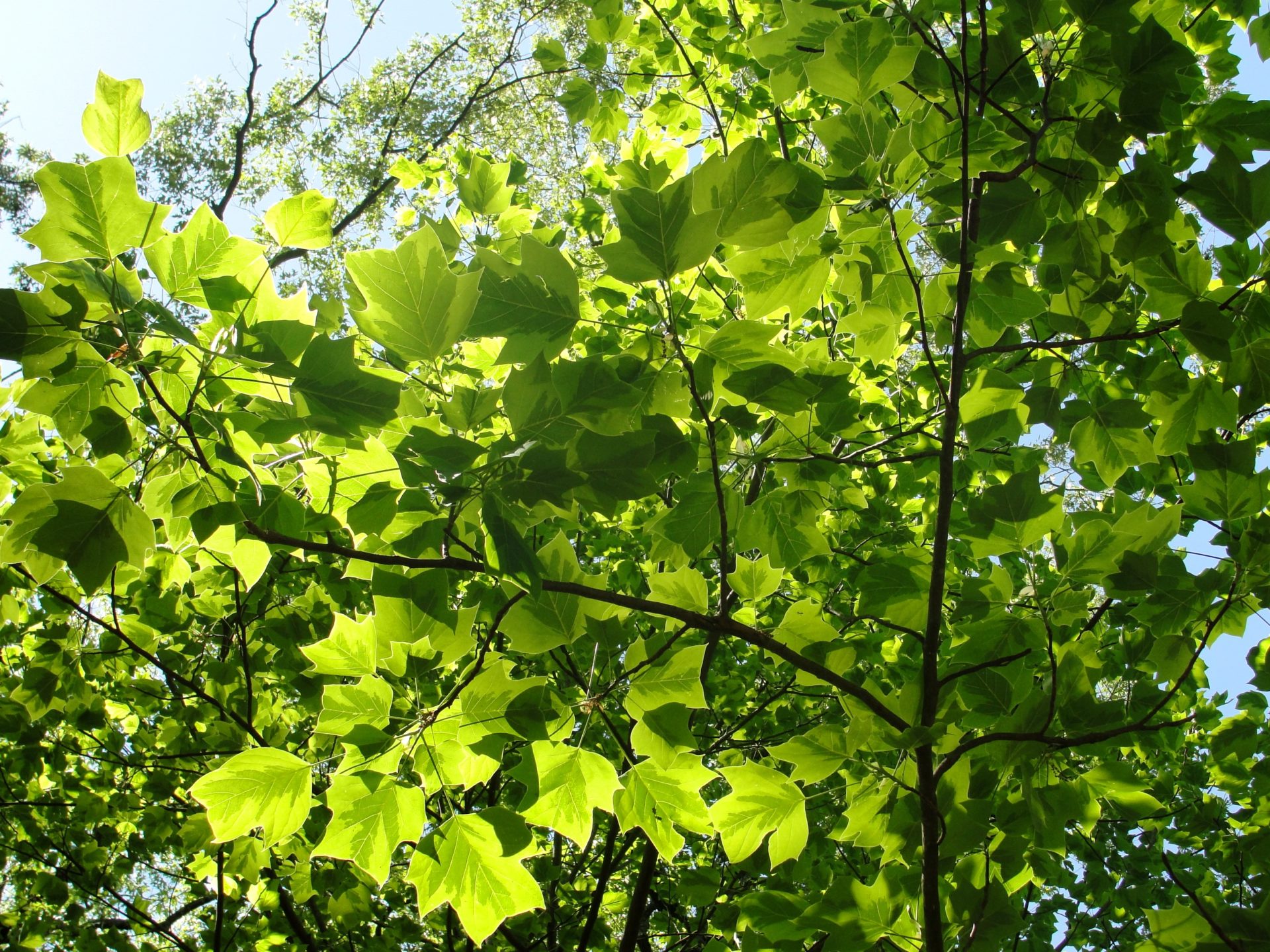 I’ve been thinking about trees lately and for good reason. First of all, the remnants of the killer storm that destroyed the Caddo Museum in Cherokee County last month blew down 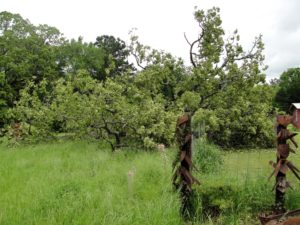 one of my favorite trees behind Big Momma’s (my great grandmother “Miss Dee’s”) old dogtrot farmhouse. It was a stately old post oak (Quercus stellata) with a plethora of tattoos on its trunk left from the past feedings of yellow bellied sapsuckers. Under its branches I had planted lots of heirloom bulbs from her yard so I wouldn’t have to worry about somebody mowing them down before their time each year. I even used one of the lower branches to frame my naturalized Narcissus pictures each year. Goodbye old friend. You will be sorely missed.

There’s been lots of commentary throughout my lifetime about my taste or distaste for trees. Who can forget the cacophony when I chopped down a tulip poplar (Liriodendron tulipifera) at the SFA Arboretum on George Washington’s birthday years ago in Nacogdoches and then lied about it? Some student even chained herself to it until I branded my lumberjack axe. I was only proving a point that Nacogdoches (the oldest town in Texas) didn’t need to borrow from anybody else’s history and that planting a tree blocking the vista to the Heritage Garden wasn’t good landscape design. One woman even said that instead of killing trees I should be planting trees. I reminded her that I had planted six thousand by hand in my own back yard and was pretty sure I was ahead of her in the numbers count.

Mrs. G also thinks I don’t like trees because I have (soon to be had) a sunny garden around the house. I’ve tried to explain that I do love trees (I just counted 31 looking out 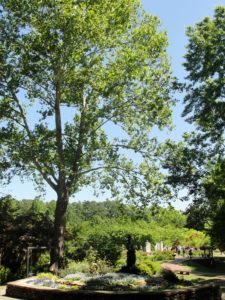 my front window that I’ve planted on the property in my life) but I also love flowers and vegetables most of which require full and direct sun.

Last weekend I attended the Southern Garden History Society annual meeting which was held in Birmingham this year. You can read more about my beloved Southern Garden History Society at southerngardenhistory.org. I’m a lifetime member. The meetings were held at the beautiful (and mostly shaded) Birmingham Botanical Gardens. When we weren’t listening to lectures, I was out strolling the grounds admiring the character and shady patterns of their many stately trees. Who doesn’t love a bigleaf magnolia (Magnolia macrophylla)? They even had a sycamore (Platanus occidentalis) that was grown from seed that went to the moon. The towering tree appeared to be heading back. There were lots of other cool trees there including a golden catalpa (Catalpa bignoniodes ‘Aurea’), starry flowered Chinese dogwoods (Cornus kousa), and yes, one of my favorites, the variegated tulip poplar (Liriodendron tulipifera ‘Aureomarginatum’).

On the long drive back I stopped and stared at the endless expanse of farmland along the Tensas River in northeastern Louisiana. Most travelers driving though have no idea that 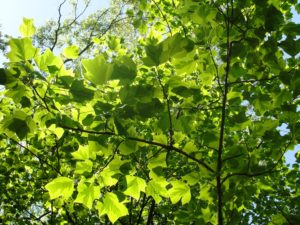 this area was home to the famed 80,000 acre “Singer Tract,” purportedly once one of the last primeval bottom land hardwood forest in the country. There’s some debate about whether it was actually virgin timber or not, but there is no debate whatsoever that it was the last documented home of the (now considered extinct) ivory billed woodpecker (Campephilus principalis). Considered essentially extinct by 1900, the bird world was astir in 1932 when a Louisiana state legislator shot one there to prove they still existed. From 1937 to 1939 James Tanner from Cornell University studied the woodpeckers in the Singer Tract and obtained stunning photographs and recordings of them. Unfortunately the Singer Sewing Machine Company sold the logging rights to the Chicago Mill and Lumber Company who logged the entire forest despite vocal objections about the potential extinction of our largest woodpecker, then considered one of the rarest birds in the world. Teddy Roosevelt, the secretary of the interior, the governor of Louisiana, the Audubon Society, Cornell University, the Singer Sewing Machine Company, and the Chicago Mill were all involved in 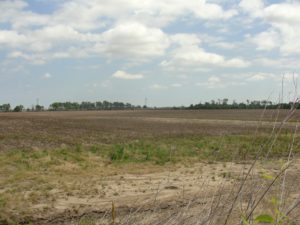 negotiations to save the forest, but of course you know what happened. The last authentically documented ivory billed woodpecker in the U.S. was seen at John’s Bayou there in 1944. It’s one of the darkest chapters in our natural and ornithological history. Sadly the same thing happened to the ivory bills in Cuba and the even larger imperial woodpecker (Campephilus imperialis) in Mexico. In 1980 the Tensas National Wildlife Refuge was created. I saw Louisiana black bear crossing signs and young hardwoods planted but no ivory bills.

If you ever hear anybody say “Greg Grant doesn’t like trees” they are correct, because Greg Grant loves (not likes) trees…truly loves. There, I said it. I’m a tree hugger and proud of it. I especially love big old trees. It’s a byproduct of being a child of the forest, raised by wolves I suppose. When I was a child growing up in Longview, the 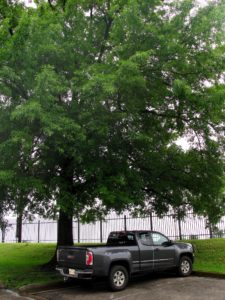 forest was our playground. We built forts, dug tunnels, hunted for creatures, etc. To this day when I need healing (a daily occurrence I might add) I go to my woods for recuperation and renewal. Listening to assorted birds amid rustling leaves beats the noise of people and cars by an incredibly long stretch. I even park next to trees in parking lots, not for the shade, but because they are old and eternal friends.