September is a Game Changer 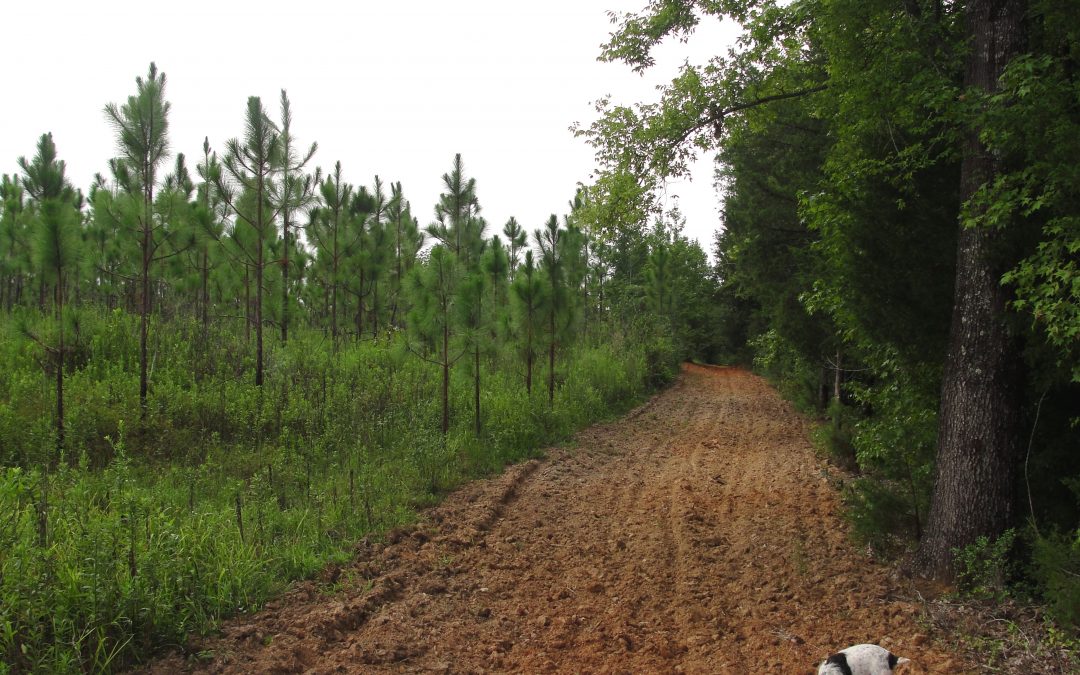 Folks, I don’t have to tell you that our recent summer was hellish. But then again, most Texas summers are. In my elementary mental math, only about one out of every ten summers here is “tolerable” with adequate rainfall. So, for most of Texas, we live in a wet-dry cycle along with a hot-mild cycle.

Just as I regularly count on December and January being “freezing” months where even many cool season plants perish, I too count on June, July, and August as being “scorching” months where many plants from milder parts of the world (the North, Europe, high altitudes, etc.) perish.

That is why to many in the South (Texas in particular); “fall” is literally the equivalent of spring in other parts of the world. Since our winters are generally mild with many evergreen plants, producing vegetables, and even blooming flowers, spring isn’t such a life-changing event here. But summer changing over to fall is literally a lifesaving event in Texas! 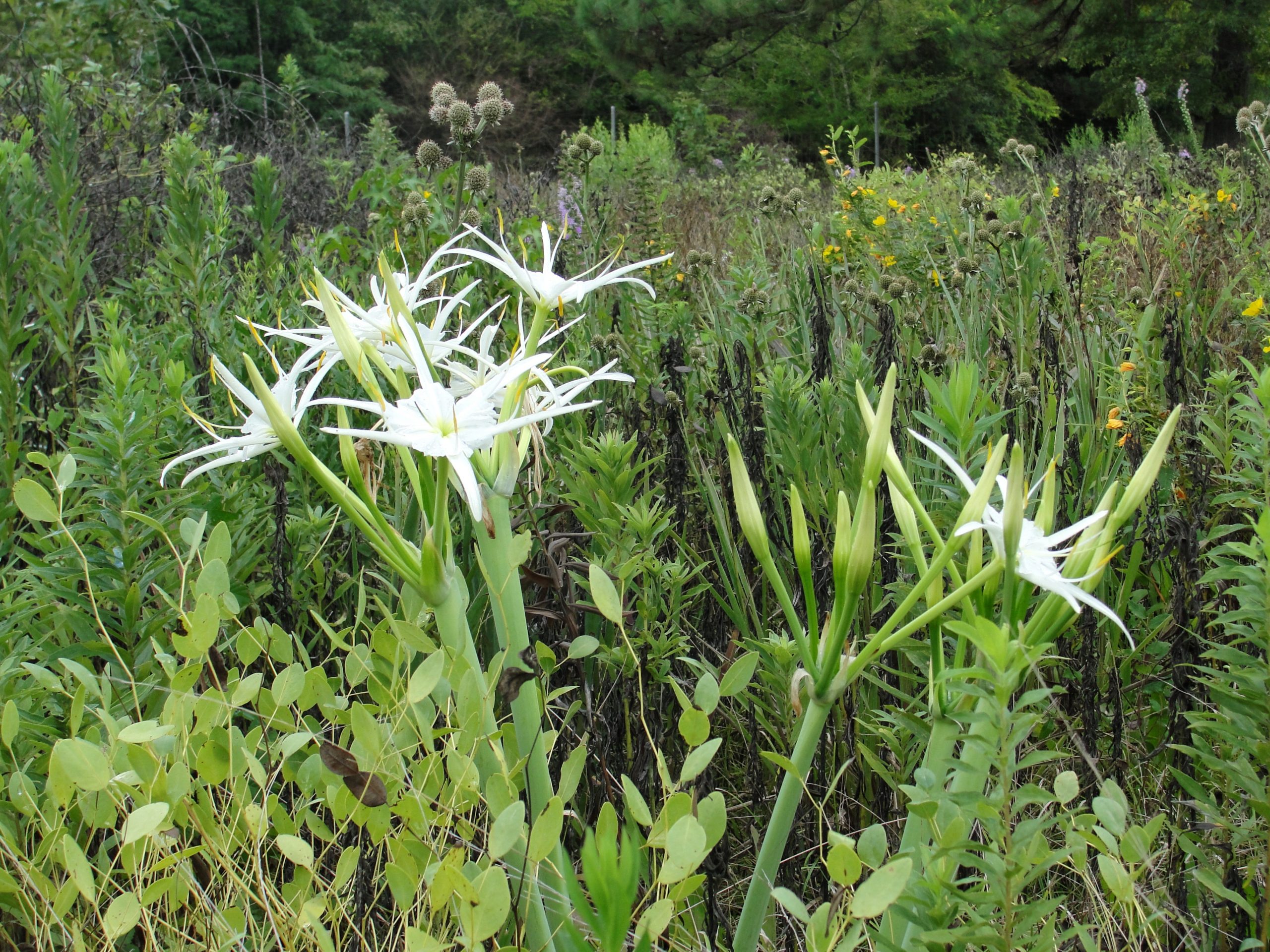 Just in case you are cloistered in a permanently controlled environment and don’t get outside much during the heat of the day, we have a number of blooming bulbs that herald the angel of death has passed over and we can venture out again. The brave bulbs that signal the transition begin with rain lilies, then my beloved oxblood lilies, one special native Hymenocallis, and then a number of different spider lilies (Lycoris). These amaryllids are all supremely adapted to rainfall alone, truly work on a wet-dry cycle, and actually require dry summers. Dry summers to these stalwarts are the equivalent of chilling a Dutch tulip or hyacinth. 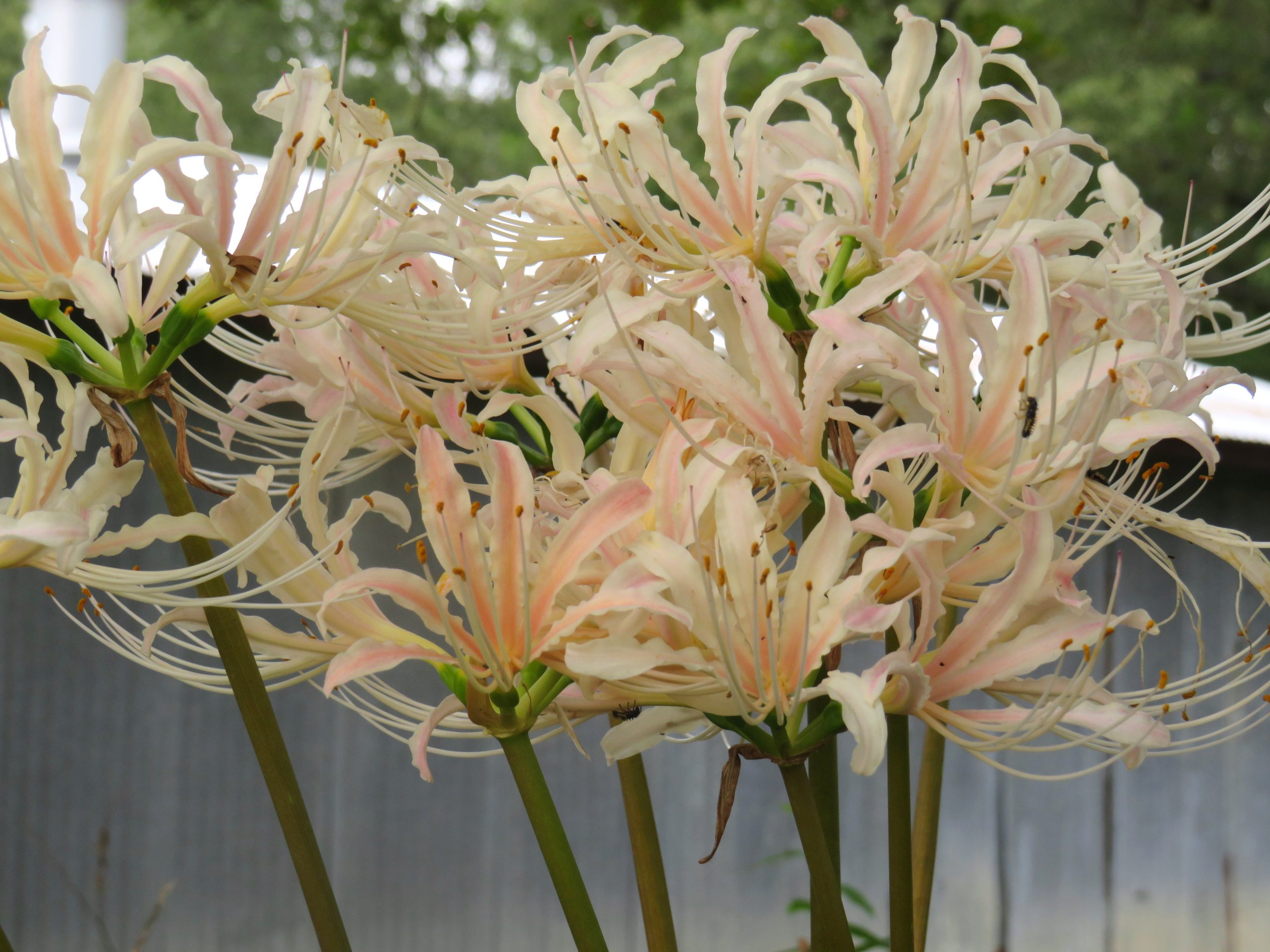 Their bloom time signals bulb planting time as well since both fall blooming and spring blooming bulbs begin root growth now. So along with dividing daffodils, jonquils, and narcissus, this is also the month to dig, divide, or transplant bearded iris, Louisiana iris, and spuria iris, all of which are cool-season perennials. 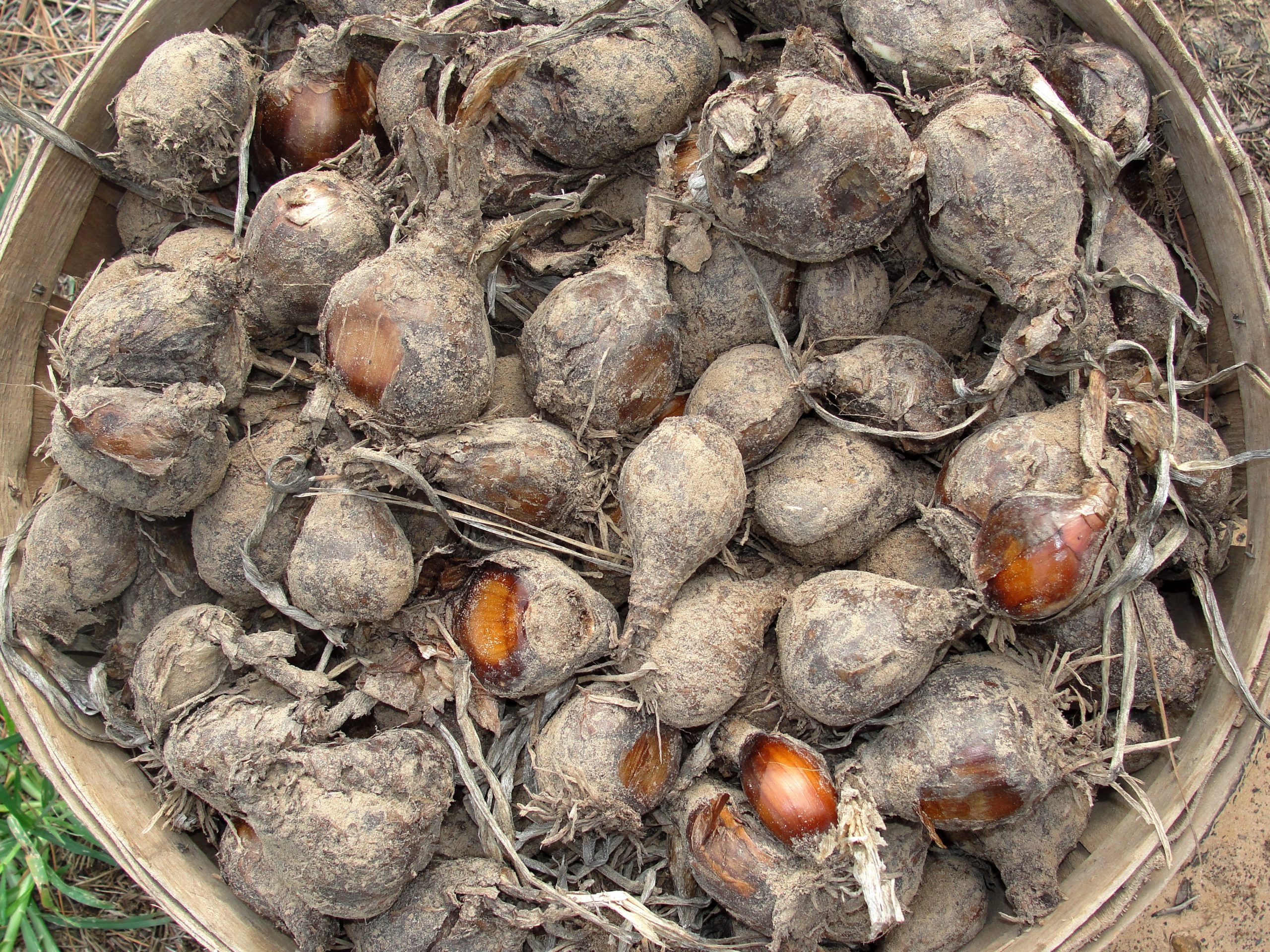 There’s a lot more work to be done though. Labor Day is the time we all mark on our calendars for a light fall rose pruning. Certainly, it doesn’t have to be Labor Day, but this practice does coincide with the arrival of moisture and milder temperatures which both stimulate new growth and blooms. Labor Day is also generally the cutoff date for shearing (trimming back) fall blooming perennials like cigar plant, chrysanthemums, fall aster, Mexican bush sage, Mexican mint marigold, and perennial ageratum, as the shorter days (actually the longer nights) stimulate blossom formation. With our Texas state insect (the monarch butterfly) suffering a litany of critical challenges, providing fall blossoms for nectaring along their epic migration back to Mexico is something we can (and should) all participate in.

And don’t forget the Southern axiom, “fall is for planting.” Since Texas winters are typically mild, we get continued root growth that helps plants survive the next summer. When it comes to hardy trees, shrubs, and vines, my general rule for planting time is fall is best, winter second best, spring third best, and summer is the worst. And after losing millions of trees during our blazing summer drought, there should be plenty of new ones going into the ground as soon as possible.

It’s still a bit early for cool season color plants such as dianthus, ornamental cabbage/kale, and pansies but it’s high time in the vegetable garden to make hay while the sun shines! Although it’s considered too late to plant any vegetables that can’t take a frost or freeze (beans, cucumbers, squash, tomatoes, etc.) it’s the perfect time to plant those that thrive in milder, cooler, and even frosty weather. This long list includes broccoli, cabbage, cauliflower, carrots, cilantro, collards, dill, kale, lettuce, mustard, parsley, radishes, spinach, and turnips. 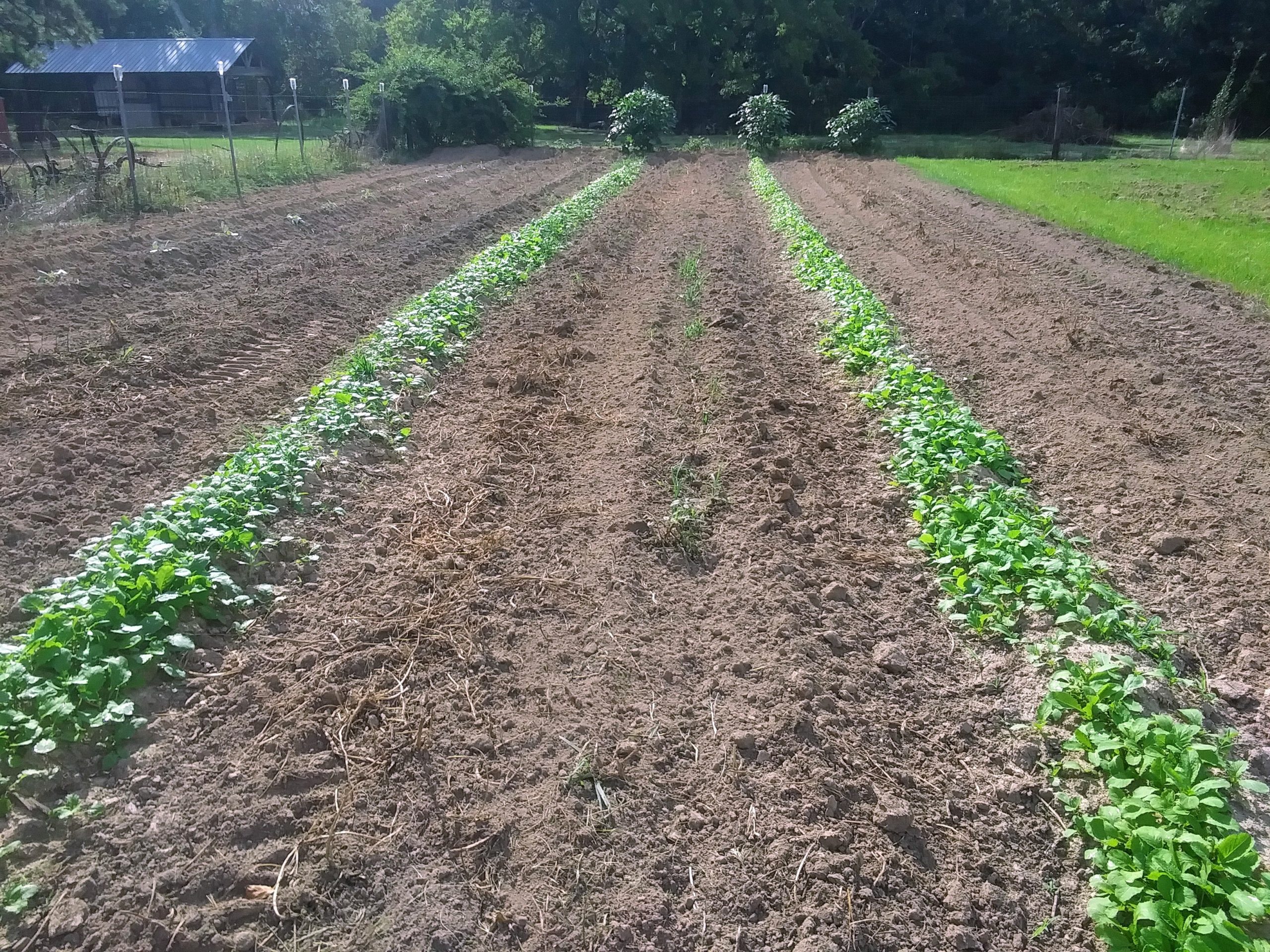 Naturally, this all requires annual planning and implementation so despite being currently overwhelmed and figuratively underwater with school and work, I managed to get my purple hull peas mowed down and plowed under while also preparing new rows for turnips greens (for my mom), mustard greens (for Mrs. G), and cabbage (for all of us!). I seeded the greens and put out transplants for the cabbage. I also dug my sweet potatoes and will next use my potato bed for even more cabbage before planting Irish potatoes in February, a time when all the same cool season crops planted now can be planted again making two crops a year. Being in Texas does have its advantages.

Before the ground gets too wet (winter/spring) I also got my fire lane disked around my 20-acre longleaf pine-pollinator planting. I’ll conduct a controlled burn on it during the late winter or early spring when moisture is adequate and all else is green and “wildfire proof.”

I know I’m preaching to the gardening angel choir, but fall in Texas is a godsend, a liberation, a natural high. It is without a doubt our second spring and I for one plan to soak it all in.