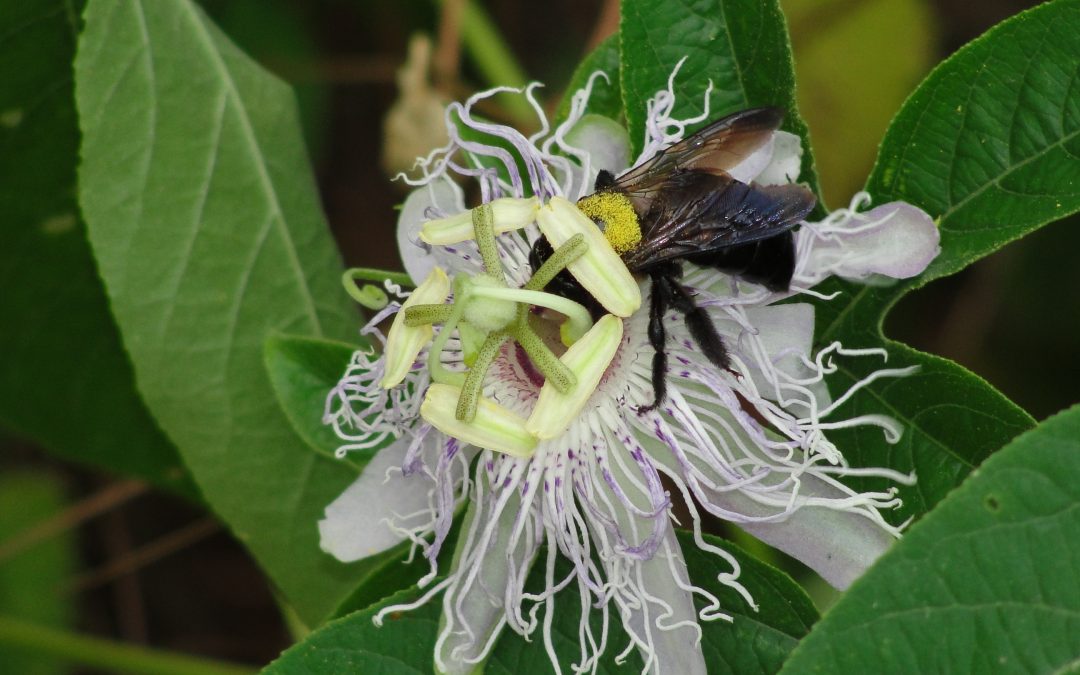 After a recent Greg Grant Gardens Facebook post on Vitex agnus-castus ‘Lecompte’ generated several comments about “invasiveness,” I thought a primer on natives, exotics, and invasives would be appropriate.

First of all, what is a native?  An adapted plant?   One found growing in the wild?   One that attracts native bees?  Close, but no cigars.  Native plants are those plants still around that evolved here and were found growing when the first humans set foot on your ground some 10,000 or so years ago.  These are the plants that all our native bees, bugs, butterflies, and birds are made from, literally.  As a general rule, (but certainly not always) they tend to be more adapted to local rainfall patterns and soil conditions.  No native plants, no matter how vigorous they are, are considered invasive plants. 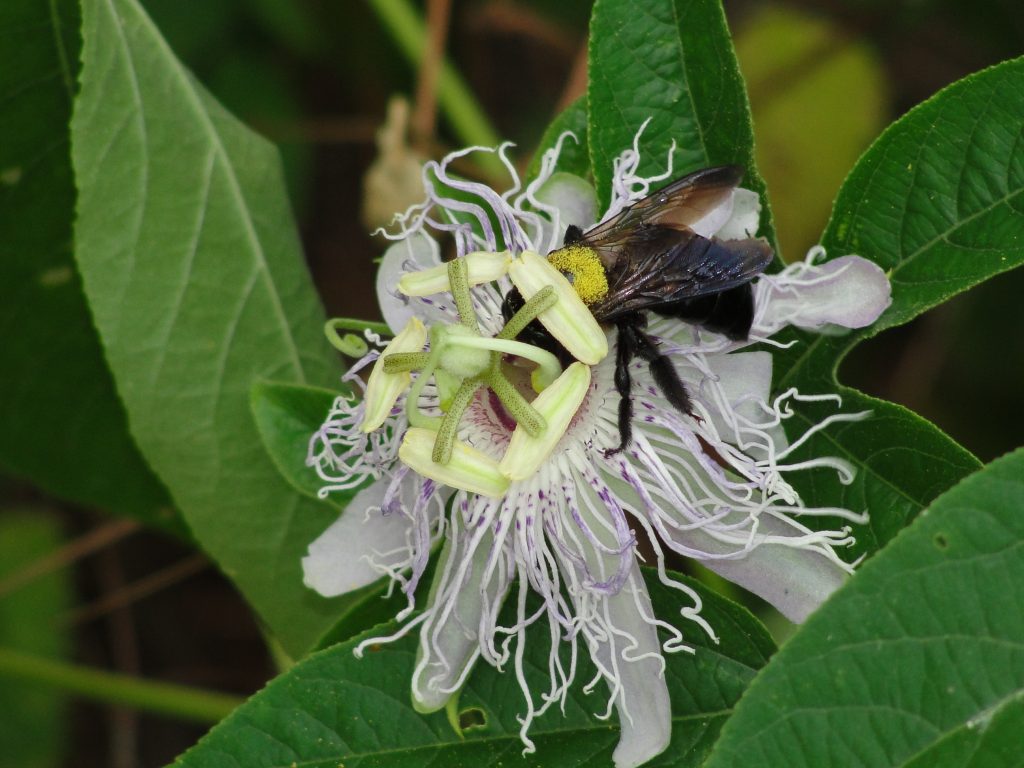 Be very aware however that humans make maps and plants can’t read, so being a “Native Texan” means very little to a plant.  Since Texas encompasses numerous unique ecoregions, there are many native plants only adapted to certain areas of the state.   Some, like lady slipper orchids, native azaleas, and Texas madrones, are literally only adapted to tiny areas of the state and are exceedingly difficult to propagate and cultivate.

Once again, plants don’t know state lines or country boundaries.  They only know soils, pH, drainage, rainfall, light, temperature, etc.  Therefore, plants native to the acidic sands and red clays of Alabama, Georgia, and Mississippi are more adapted (an honestly “more native”) to East Texas than ones only native to the Hill Country, Panhandle, or West Texas. And unfortunately, plants native to similar hardiness zones and soils (eastern Asia for example) would also be more adapted to East Texas than those from the drier, alkaline parts of the state which would be more at home to Mediterranean natives.  This brings us to exotics. 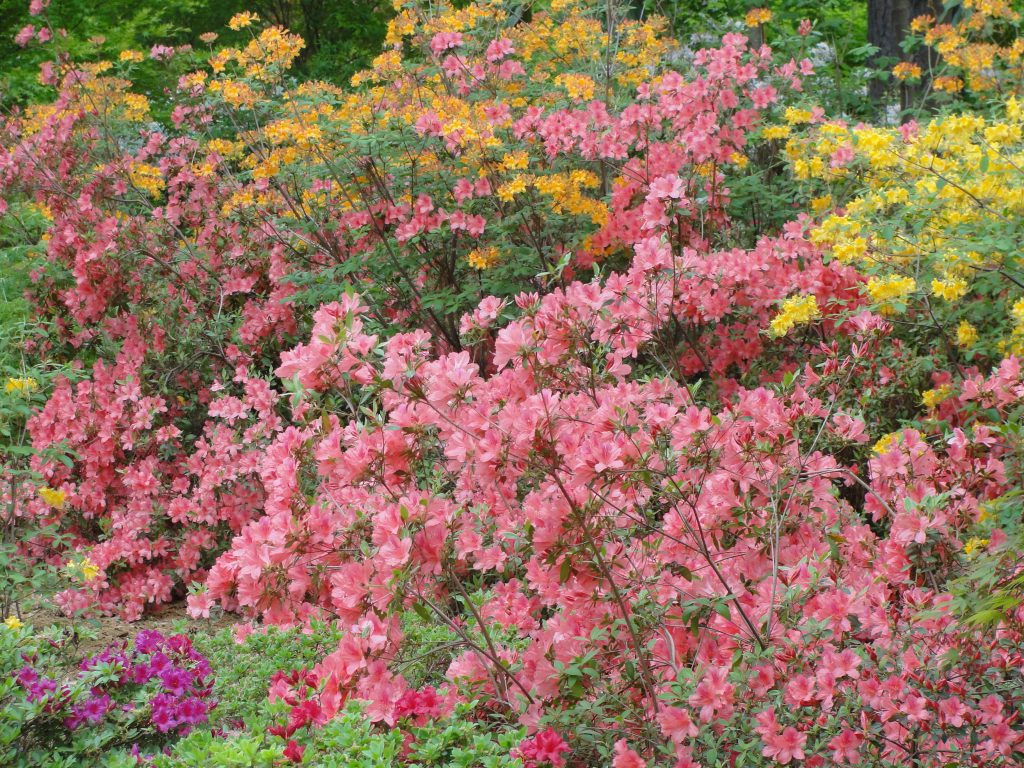 Exotic plants are from countries (and particularly continents) other than our own.  They are often maligned for being not adapted to local conditions where they didn’t evolve, however many are “too adapted” and outgrow and compete native vegetation.   It really has more to do with what else they evolved with, including other plants, insects, and animals along with local site conditions that kept them in check.

“Invasive exotics” are those plants that grow and reproduce out of control in their new homes.  Plants from other areas that grow and spread into the wild are said to “naturalize.”  Some non-native plants produce volunteer seedlings in the landscape but not in the wild.  These certainly aren’t naturalized.   Others produce scattered seedlings in the wild, on certain sites, or in unique microclimates and though naturalized I wouldn’t consider them true invasives.  Still yet, some cultivars and clones produce no seeds at all and though possibly extremely aggressive (think giant cane-Arundo donax, golden bamboo-Phyllostachys aurea, and periwinkle-Vinca major) don’t truly naturalize into the wild.  I relegate the term “invasive” for those plants that naturalize by seed (ad nauseam) into the wild, taking over entire ecosystems while displacing native plant communities due to their aggressive and quick spread.  Prime examples of truly invasive exotics in East Texas would be annual ryegrass (Lolium multiflorum), Bermudagrass (Cynodon dactylon), Chinese privet (Ligustrum sinense), crimson clover (Trifolium incarnatum), Chinese tallow (Sapium sebiferum), hairy vetch (Vicia villosa), Japanese honeysuckle (Lonicera japonica), and Queen Anne’s lace (Daucus carota). 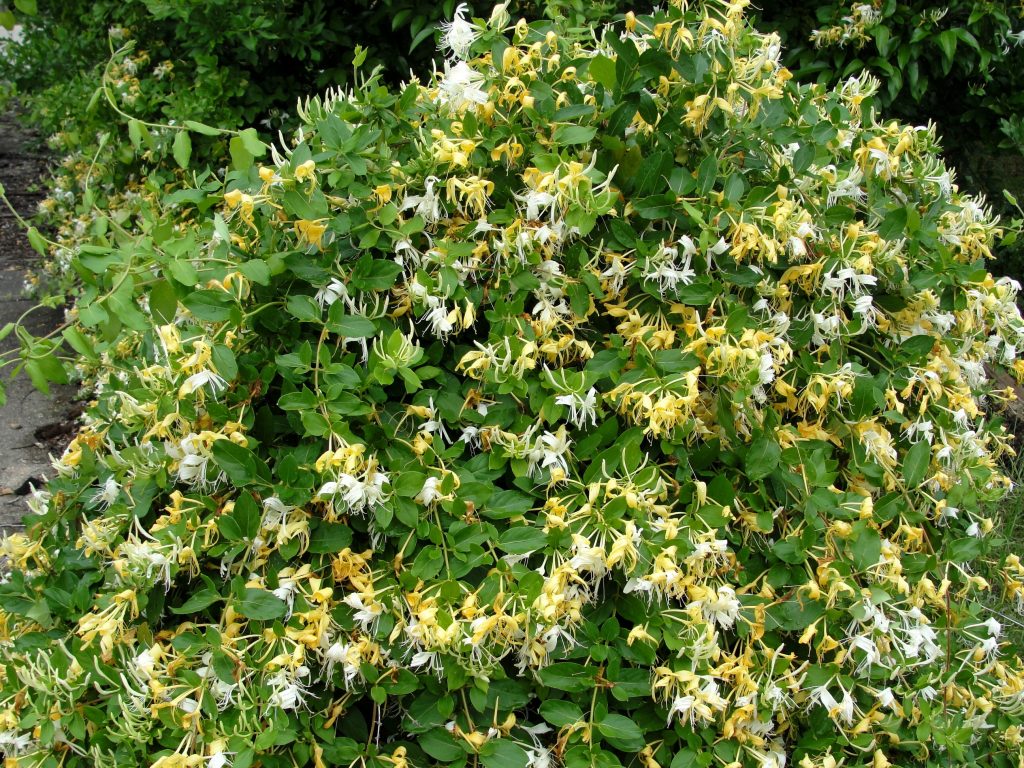 Many folks use the website texasinvasives.org to determine whether a species is invasive in Texas.  While this website is a good place to start, it has many flaws and can be quite misleading at times depending on where you live.   First of all, it uses a national database of invasive plants; and we all know that most of Texas is nothing like the rest of the nation.  So, what may be truly invasive in Georgia (kudzu-Peuraria montana) might be only aggressive in East Texas and won’t even grow in West Texas or the Panhandle.  It also relies on “citizen scientists” in the “Invaders of Texas” program to report found locations of listed species, including a number that certainly don’t belong on the list like Lonicera fragrantissima, Photinia x fraseri, Rosa laevigata, and Wisteria floribunda.  I certainly applaud volunteerism and couldn’t exist without my dedicated Master Gardeners, however it’s clear looking at the maps and the numbers listed that many of those reporting species finds don’t know the difference between cultivated, remnants from cultivation, volunteered, naturalized, and invasive.   And some, like Coral vine/Queen’s crown, have only a single “naturalized” plant in the state reported! 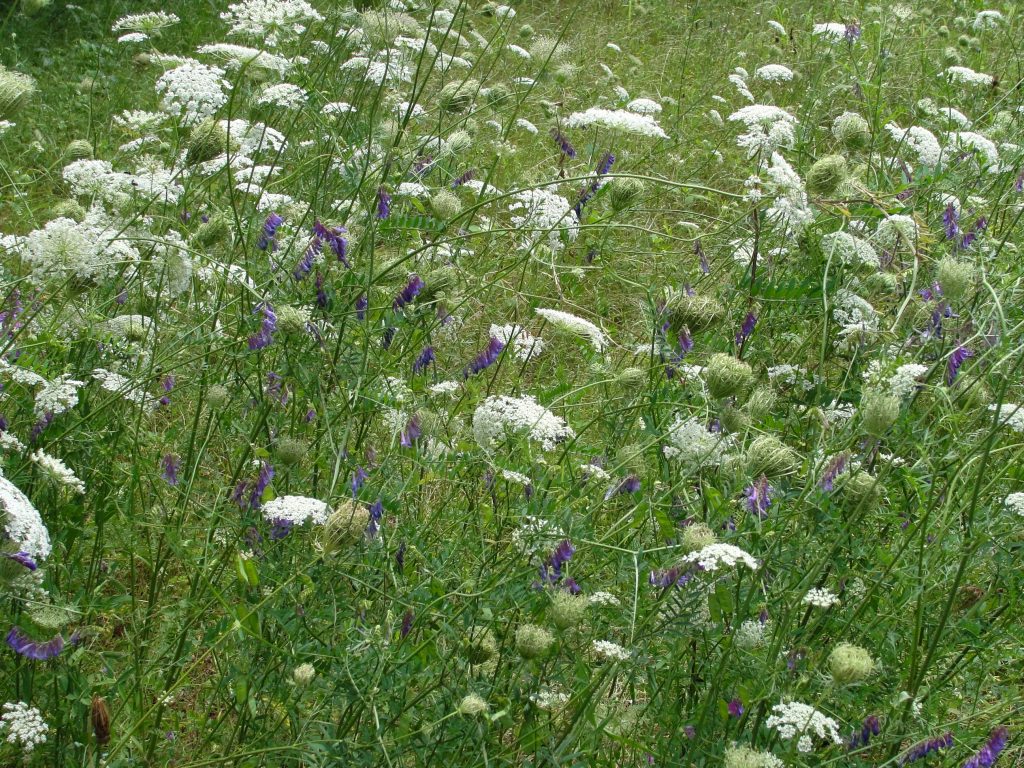 But most importantly, each plant on the list has very different growing, propagating, and spreading requirements and capabilities.   So, a blanket listing for a diverse state like Texas is wholly inadequate.   It really is best to deal with these on an ecoregion bases, not a state line basis.   I could write something entirely different about every plant on the list, but let’s take chaste tree (Vitex agnus-castus) as an example. 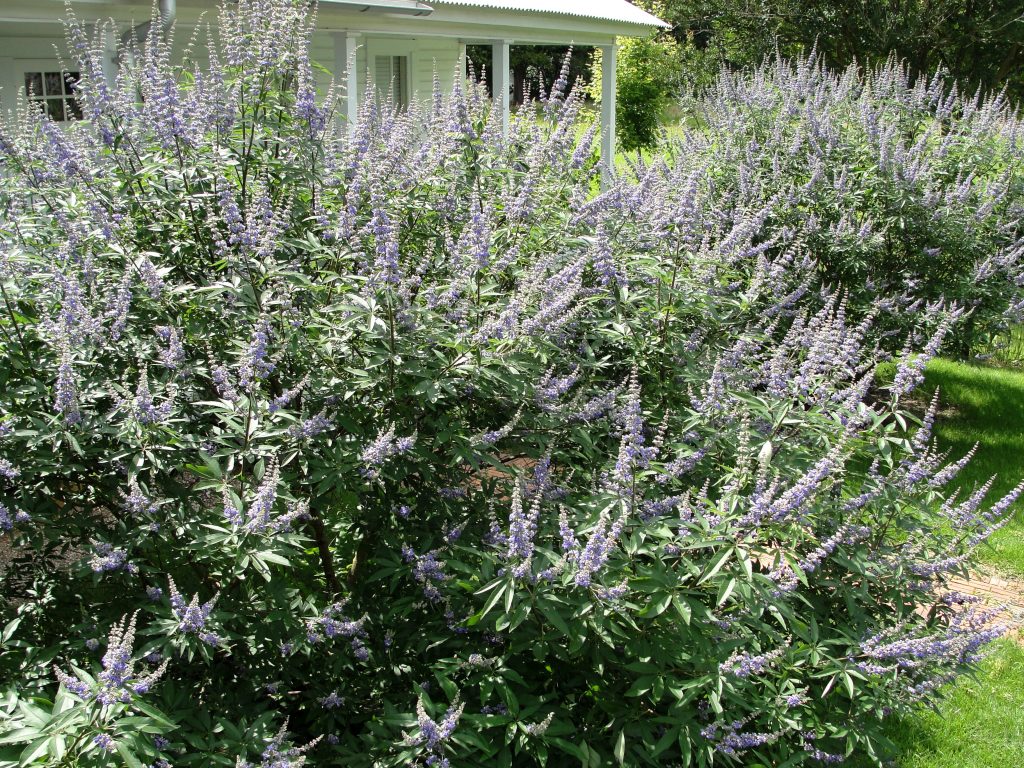 Chaste tree was introduced into the Texas nursery trade in the 1800’s, the same time Chinaberry, Chinese privet, glossy privet, Japanese honeysuckle, mimosa, and many others were.  And though I’ve seen approximately a hundred total seedlings in my life volunteered under the trees in flower beds and landscapes, I’ve yet to see a single volunteer plant in the wild.  Now, granted, I’ve spent my 30-year career in a box cornered by Dallas, Shreveport, Baton Rouge, and San Antonio.  I commute a total of three hours daily, across three counties and spend every second looking at fence rows, pastures, woods, and creek bottoms.   On that same drive I see hundreds of Chinaberries, thousands of Chinese tallows, and millions of Chinese privet plants.   I’ve also traveled to 2,000-plus lectures across Texas and the South and have yet to see a naturalized stand of Vitex agnus-castus anywhere.   That doesn’t mean it doesn’t naturalize somewhere in Texas, the U.S., or the world though.   Looking at the texasinvasives.org map and reading comments on Facebook, it’s clear that vitex does naturalize in riparian zones in the Edwards Plateau.  Friend Dr. Wayne Mackay once told me it naturalized in El Paso as well.  Therefore, it’s important for Austin and El Paso folks to know that, but doesn’t apply to East Texas or Louisiana where I have half a century’s experience studying it.   The only vitex species I’ve ever seen seed profusely in a flower bed in East Texas was Vitex heterophylla, but it isn’t on the list nor is Vitex rotundifolia which purportedly has the potential to be invasive on coastal beaches.  I couldn’t help but notice several extremely invasive European species in East Texas which were absent from the list entirely, including annual ryegrass, crimson clover, hairy vetch, and Queen Anne’s lace.

Invasiveness is about total number of seedlings, total coverage in different ecosystems, and rapidity of spread.  Both of my maternal and paternal grandparents grew Chaste trees next to their chimneys in Deep East Texas for half a century.  There’s also one along Hwy 21 near Crockett planted in 1848.   Countless others were planted at rural homesteads and even lining I-10 East of San Antonio. Yet there’s not a single naturalized stand near any of those plantings.   In that same length of time, truly invasive species spread across the entire South and entire ecosystems.  Believe it or not, my hobby since childhood has been watching for volunteer seedlings.  It’s the price I paid for not have enough money to shop at a nursery!

As a lifetime member of the Native Plant Society of Texas (and recipient of the Lynn Lowrey award), a lifetime member of the Big Thicket Society, a lifetime member of the Texas Bluebird Society, and recipient of the Lone Star Land Steward award from Texas Parks and Wildlife, I can assure you I don’t advocate planting invasive species in any area where they spread out of control.  And as the owner of the Rebel Eloy Emanis Pine Savanna and Bird Sanctuary along with a 50-acre “certified wildlife habitat” farm dedicated to local wildlife and plants, I spend every week of the year eradicating non-native species.  In my next blog I’ll discuss the human and horticultural aspects of invasive species, so stay tuned for more.  We are only halfway home!  -Greg