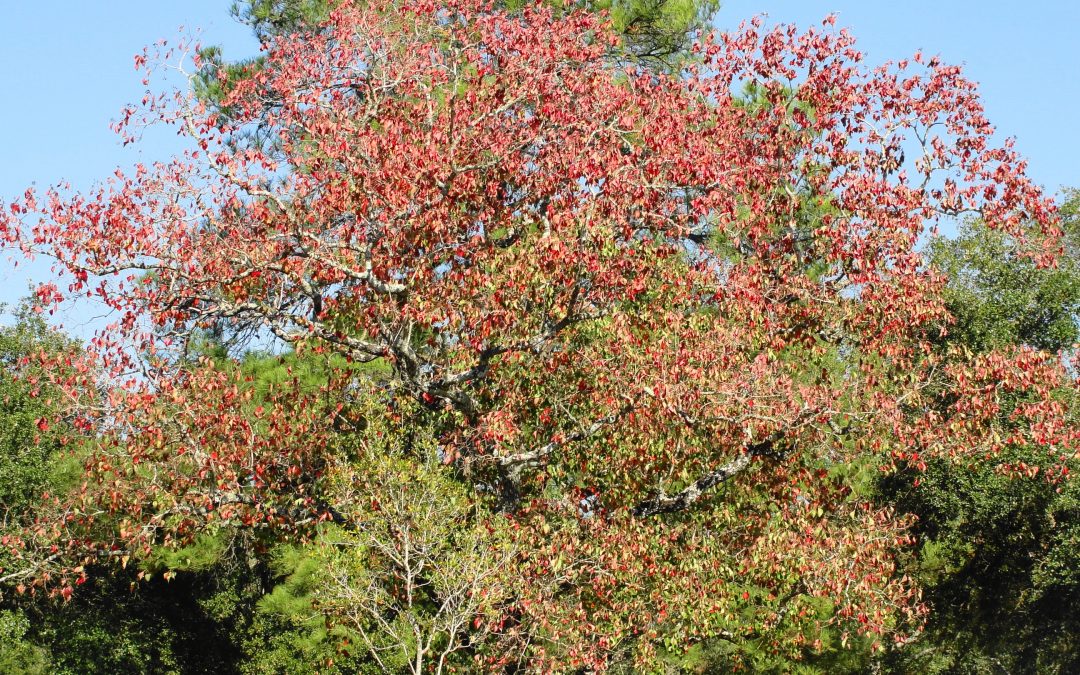 In last month’s blog we took up the somewhat polarizing, somewhat controversial topic of invasive plant species.   Making the subject all too ironic is that we humans, the most invasive species on the planet, get to be judgmental and make all the rules.  That’s why we give invasive European honeybees a pass while ignoring our hundreds of native bees in Texas.

The invasive plant issue is laced together with far too many factoids and not enough facts.  Part of the problem lies in the reality that the issue spans multiple disciplines, including biology, botany, forestry, and horticulture, each with its own set of colored lenses and viewpoints.  I myself am a naturalist by birth and a horticulturist by training, with a bachelor’s degree in floriculture, a master’s degree in horticulture, and currently pursuing a PhD in Forestry.  There are no hard, fast rules or definitions here.  But these are some that I use.

Invasive plants are those plants from other countries (generally other continents) that naturalize (spread by seed) out of control disrupting entire native ecosystems and plant communities.  Examples of highly invasive plant species in my East Texas neck of the woods are annual ryegrass, Bermudagrass, Chinese privet, Chinese tallow, Japanese honeysuckle, Johnsongrass, and Queen Anne’s lace.  These plants spread by seed and literally blanket entire portions of the South.

I would categorize certain non-native plants that spread into specific ecosystems and certain environments as slightly, moderately, or highly locally invasive, with a designation of what areas and what part of the state they spread in.  Whether or not a species is invasive or not depends very much on soil type and pH, cold hardiness zones, and yearly rainfall totals, NOT whether they are invasive somewhere else in the United States or even Texas. 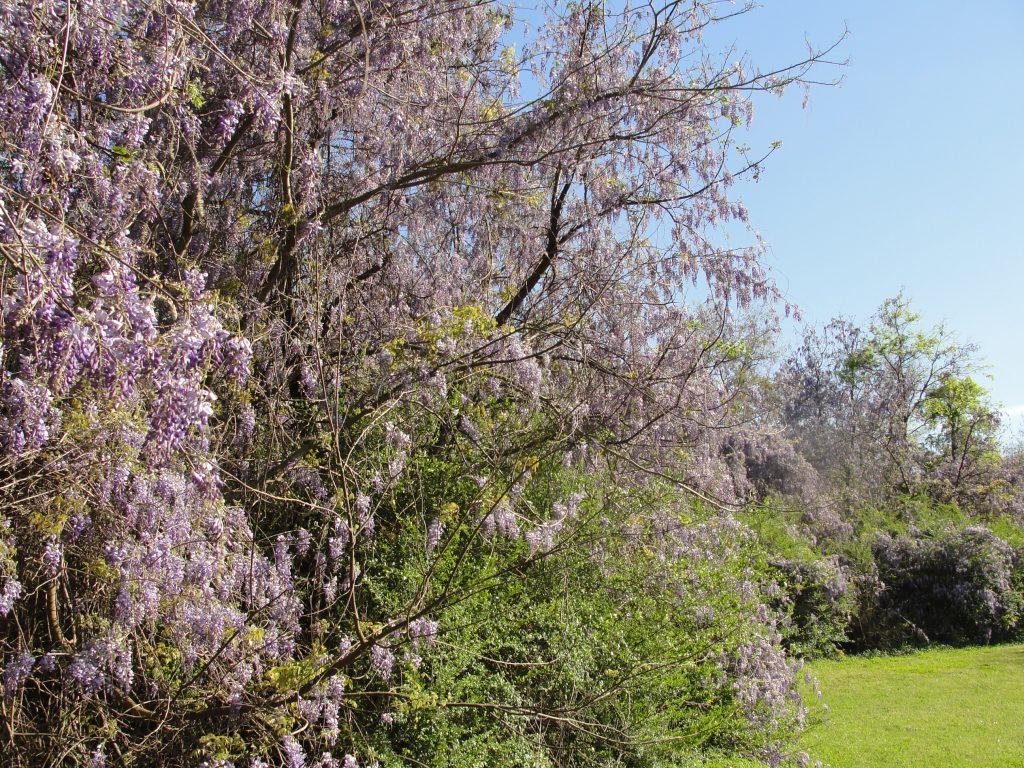 Those non-native plants that don’t spread much or at all by seed but densely colonize areas would go into my slightly, moderately, or highly aggressive category.  Examples in different parts of Texas are Chinese wisteria, elephant ear, English ivy, giant reed, golden bamboo, kudzu, and vinca.  This is where horticulture comes in.  Not all wisterias are Chinese nor aggressive to the point of being invasive.  There is also an American wisteria species which due to its evolution and nativity here can grow wherever it likes.   And then there’s Japanese wisteria which I rarely encounter in the South and its numerous cultivars, including white, pink, or purple flowers (including a double) and one with variegated foliage.  Plus there are numerous cultivars of Chinese wisteria ranging from slightly aggressive to highly aggressive.  But none seed rampantly, so I wouldn’t categorize any of them as highly invasive.

Horticulture makes all the difference in the world.   For instance, there are numerous cultivars of nandina that don’t produce fruit or seeds.  There are sterile cultivars of Mexican petunia and Chinese privet.  The same goes for numerous lantana cultivars that don’t produce berries or seed.  Adult clones of English ivy don’t even make runners.  Others, like Chinese pistache (somewhere between slightly and moderately invasive in East Texas in my book), are either male or female meaning only half of the population is producing seed.   I have three Chinese pistache trees on my property, but they are all male clones that produce no seed; therefore, I have zero volunteer seedlings to contend with.  And though Vitex agnus-castus doesn’t naturalize in East Texas, I shear them after blooming promoting more blooms and no seed set. 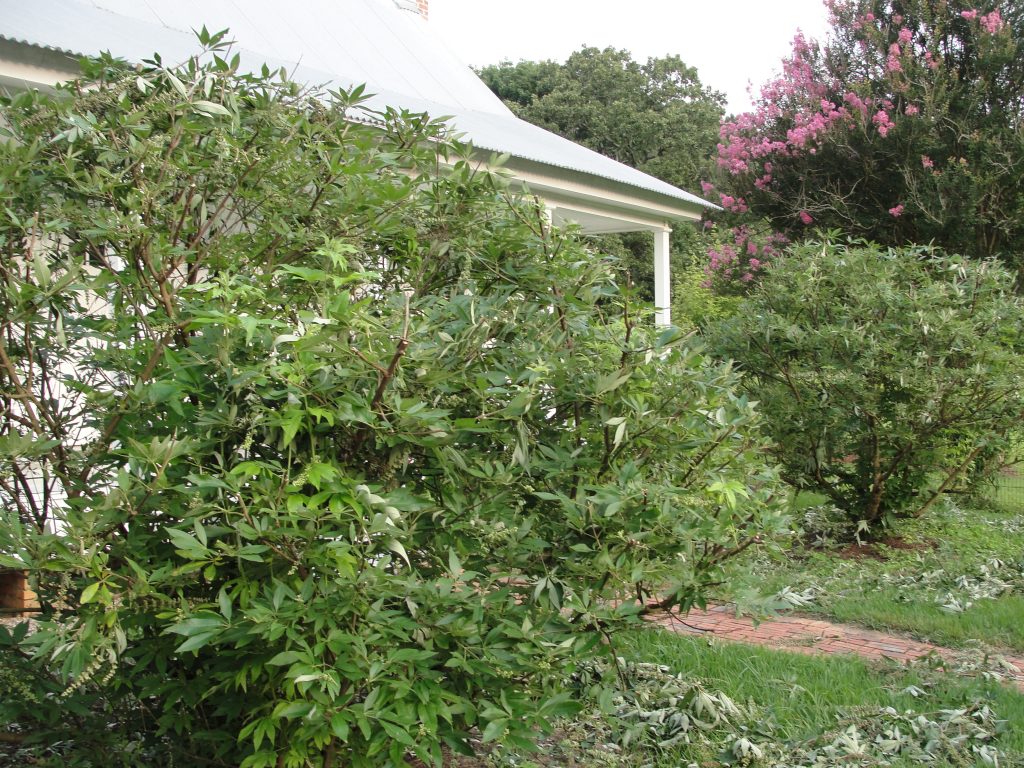 Remember, no matter how vigorous it is, I don’t consider any native plant “invasive.”   Vigorous native plants would include elm, goldenrod, greenbriar, hackberry, inland sea oats, passion vine, pepper vine, sumac, trumpet creeper, and Virginia button weed, just to name a few.  There are supposed to be early succession, ultra-vigorous plants in nature to keep bare earth covered, especially following eco-disasters like floods, fires, and famines.  Don’t forget the reason this planet is inhabitable is that it’s covered with oxygen producing, temperature cooling, water cleansing plants.   But we prefer these “super spreaders” to be native species so that they support native birds, bees, bugs, butterflies, etc.

To be truly invasive, a non-native plant must spread far and wide, quickly.  It’s not as much about total numbers as it is what percentage of an ecosystem or the country that it colonizes.  I can show you one hundred seedling Narcissus jonquilla (a European species) naturalized in a square foot in East Texas; but since it took them 100 years to spread that far from the parent plant, they certainly aren’t invasive.  Plus, they won’t even grow in Central, West, or South Texas. 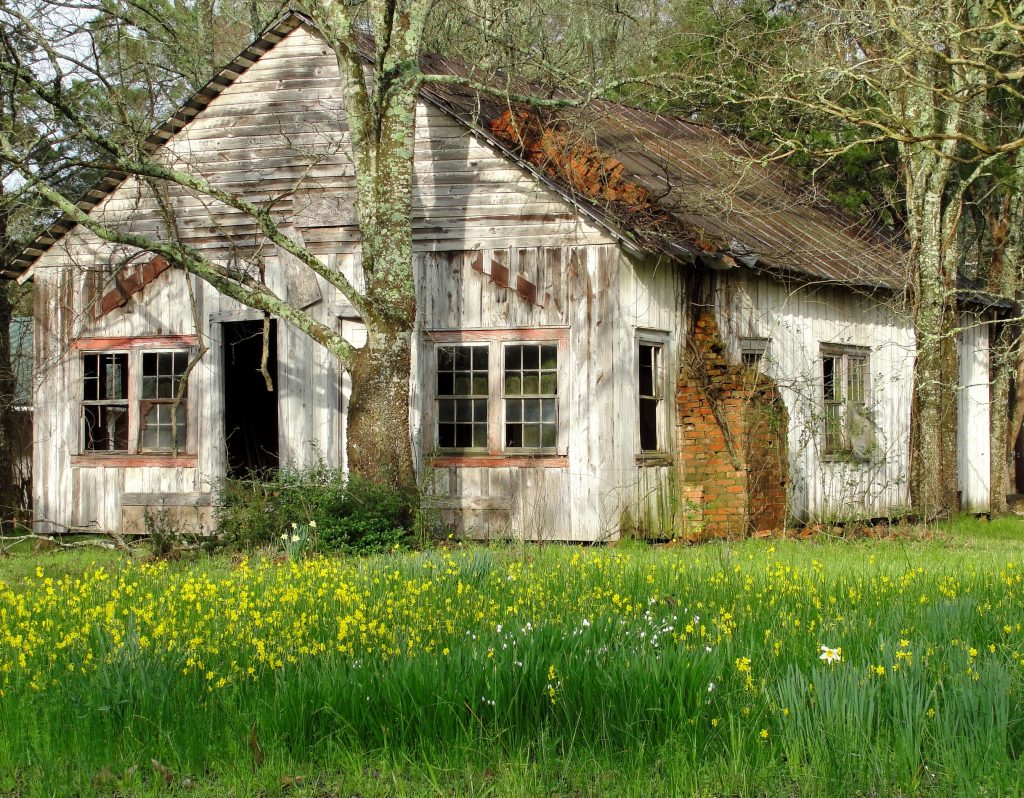 Aggressive non-natives like golden bamboo and giant cane can certainly densely colonize areas, but since they don’t spread by seed, they aren’t nearly as invasive as others like Chinese tallow and Chinese privet.  Give me a bull dozer and a bit of herbicide and I could clean up and eradicate many stands of golden bamboo and giant cane.  Because they have spread far and wide by seed (and continue to do so) controlling Chinese tallow and Chinese privet is essentially impossible.

Invasive exotics are much like a Pandora’s box.   Once they are released into a favorable climate or ecosystem, they are virtually unstoppable, with no amount of banning, cursing, mandating, shaming, or spraying reining them back in.  I hate it, but those are the facts.  That doesn’t mean that you should plant them or not eradicate them on your own property or special and sensitive sites; but in the big picture, it really won’t make much difference. We can very much make a difference however in not introducing new invasive species and eradicating and removing from the market any that show up ASAP.

I myself abhor invasive exotics and would be happy if there was a bounty placed on them.  Plants like annual ryegrass, crimson clover, hairy vetch, and Queen Anne’s lace have all but  robbed our East Texas highways and meadows of native spring blooming wildflowers while others like Chinese privet and Chinese tallow have choked out most fence rows and forest understories.   Species like these are literally ecological disasters.  Using tools like prescribed fire, herbicides, chainsaws, and hand pulling, I have managed to control most truly invasive species in my Rebel Eloy Emanis Pine Savanna and Bird Sanctuary, my hardwood forest, and my pocket prairies.  I’m not much on guests of any kind, especially ones that I don’t like and didn’t invite! 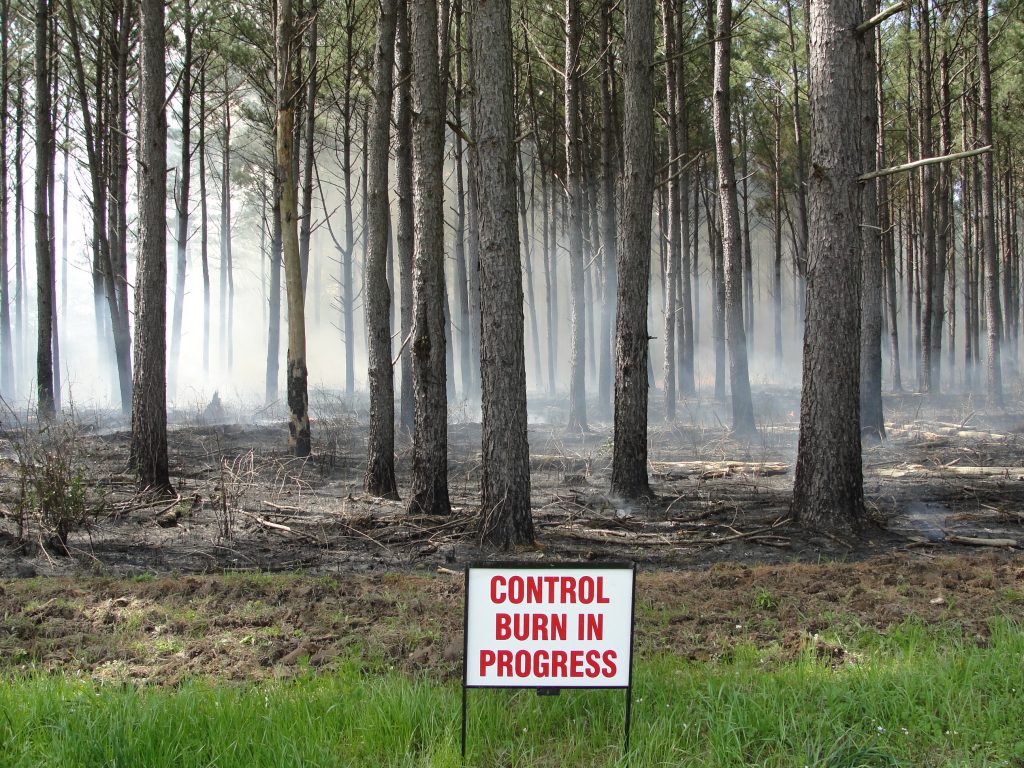 It’s very important to do your homework and consult with professional horticulturists and other plant experts in your region before declaring any species, hybrid, or cultivar as invasive in your area.  Declaring Daucus carota (Queen Ann’s lace) invasive and preventing its planting or selling would also banish culinary carrots (also Daucus carota) which barely grow, much less naturalize.  Every clone or cultivar of plant is different.  Some are fertile, some are sterile. Some are weak and some are monsters. Knowing those differences is critical.  And for those clones, cultivars, or species declared “invasive” it’s also extremely important to know how they spread, how fast they spread, and where specifically they spread.