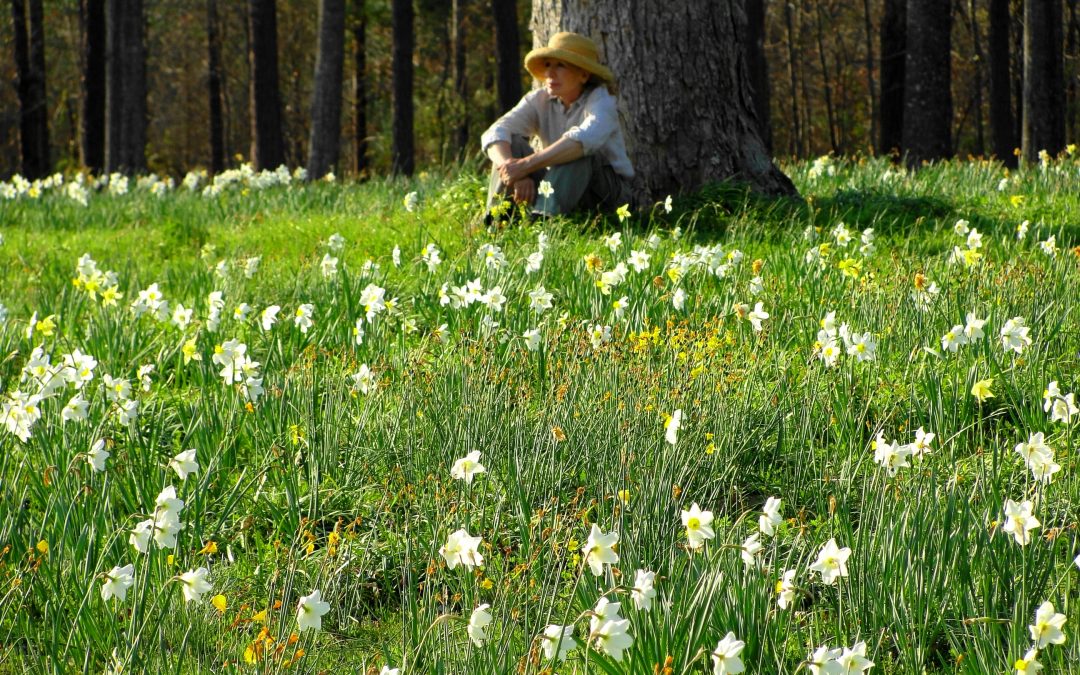 On February 25, friend Thera Lou Adams passed away in Fort Smith, Arkansas at 88 selfless years of age.  She was born and raised in central Louisiana and later moved to Camden, Arkansas with her husband, Henry Nelton Adams. 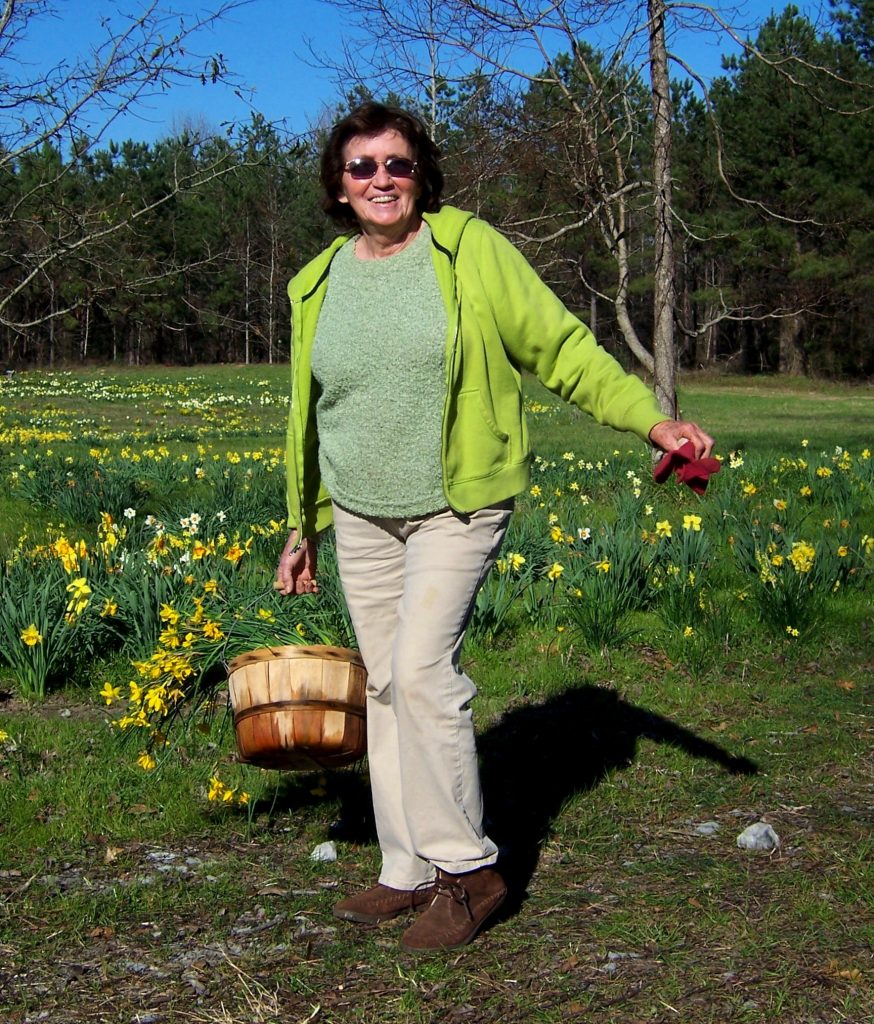 After retirement, Thera Lou became an active Master Gardener and was extremely passionate about growing flowers. A highlight of her years as a Master Gardener was when she received a state award for humor writing, recounting the story of the sheriff mistaking her cleome (spider flowers) for marijuana!  Though small in stature, Thera Lou was larger than life.

In the late 1980s, she and her husband bought land that had originally belonged to his grandparents. Soon, they started to dig and divide the heirloom bulbs that had multiplied from the grandparents’ old homeplace. They would plant them where they could be seen by Henry Nelton’s father. Long before they were able to finish filling in the field, Henry became ill with cancer and passed away. Thera Lou found that it helped her through her grief to continue planting. Eventually, the four acres was totally covered with over 100 varieties of daffodils, jonquils, and narcissus. Every year, Thera Lou opened the Henry Helton Adams Memorial Daffodil Field in Dodson, Louisiana to the public for 3 days as a tribute to her Henry. This year they held a memorial for her there on one of the days.  You can follow The Daffodil Field on Facebook for each year’s open days and the status of the daffodils.

Thera Lou influenced many lives including my own.  I can thank my Cousin Celia for introducing me to the amazing Thera Lou and her field of daffodils.  Thera Lou shared herself, her field, her humor, and her daffodils.  We Narcissus lovers are a family.  It’s only fitting that narcotics got their name from this ancient bulb because we are all truly addicted to them.  Thera Lou was one of a handful of bulb loving woman that have touched my life and my heart.

The first was my Grandmother Ruth, my dad’s mother.  She loved nature, loved gardening, and loved flower bulbs.  If I remember correctly, she died with a house full of unopened boxes from Dutch Gardens her mail order source of choice.  She was never far from their catalog!  She used to love riding around to see the sites, so one spring I took her to see all the blooming heirloom bulbs at old homeplaces in our little rural community and she told me who used to live at each one.  I remember looking at the old Hoyle and Alice Johnson place (twins Doyle and Alcine formerly lived across the road) when Granny Ruth said, “I gave Alice all those bulbs.”  My grandmother Ruth shared her love of nature, gardening, and flower bulbs with me as well.  I still grow lots of fragrant campernelle jonquils (Narcissus x odorus) that I divided from hers and it will always be one of my very favorites. 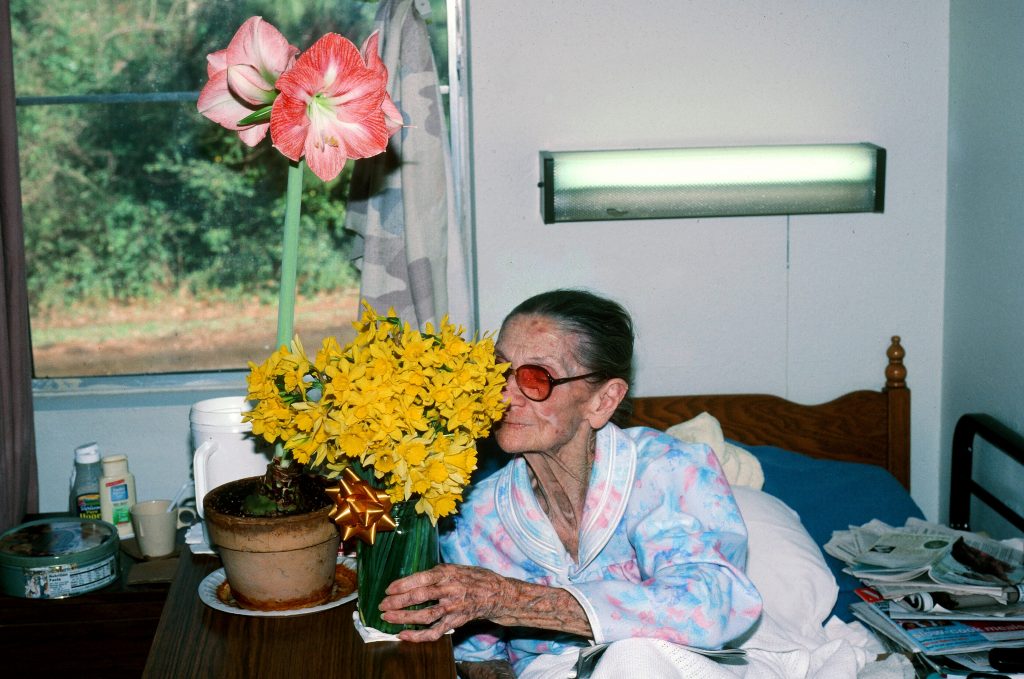 Another dedicated and dynamic individual that Cousin Celia introduced me to was the late Cleo Barnwell of Shreveport, Louisiana.  Cleo, a Texan by birth, loved antique roses, wildflowers, and bulbs.  Most of the unusual Lycoris (spider lilies) that I grow came from Cleo.  The Smith County Master Gardeners now sell them every year at their award-winning Earth-Kind Bulbs to Blooms Conference and Sale each October in Tyler.  Cleo lived to be 100 and I’ll always remember her wonderful collection of horticultural books and that she was friends with the late Caroline Dormon, a Louisiana naturalist, artist, forester, and historian that is another hero of mine.  If you visit Briarwood, the Caroline Dormon Nature Preserve in Saline, Louisiana, you will of course see a nice collection of naturalized Narcissus in the early spring. 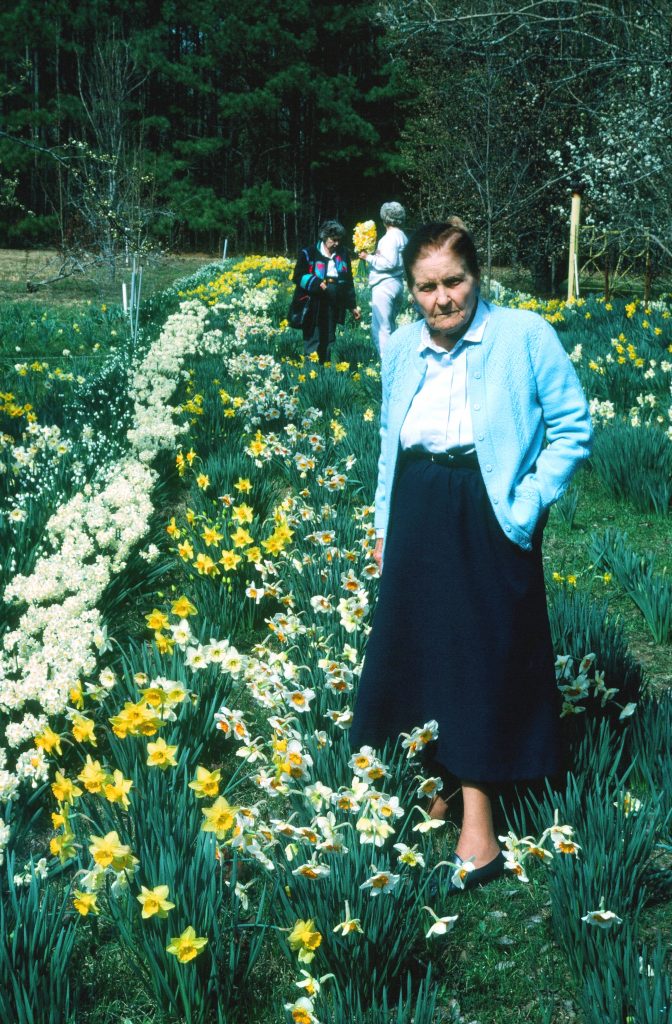 One of the most gracious and giving Southern ladies that I ever had the pleasure of knowing was the late Flora Ann Bynum of Old Salem, North Carolina.  Flora Ann was one of the founding members of the Southern Garden History Society and served as their secretary-treasurer for over 20 years.  They now award the Flora Ann Bynum medal as their highest honor.  Flora Ann loved all heirloom flowers and bulbs, but her special passion was Roman hyacinths (Hyacinthis orientalis albulus).  It’s not possible to love and respect anyone any more than I did Flora Ann.  She was a true treasure.

These women have all passed on, but before they did, they passed on their love of bulbs, flowers, gardening, teaching, and sharing.  This guarantees that they’ll grow on forever.  I for one will never forget them and will do my part to honor their legacy.

I could write a whole book or blog about my Cousin Celia and will one day.  But since she’s very much still with us, it will wait for hopefully many years.  She and I share a deep love of daffodils and for sure neither one of us is normal, by any stretch of the definition.  No one has shared more of herself, her love, and her bulbs than Cousin Celia and I will go to my own grave being thankful for our paths having crossed. 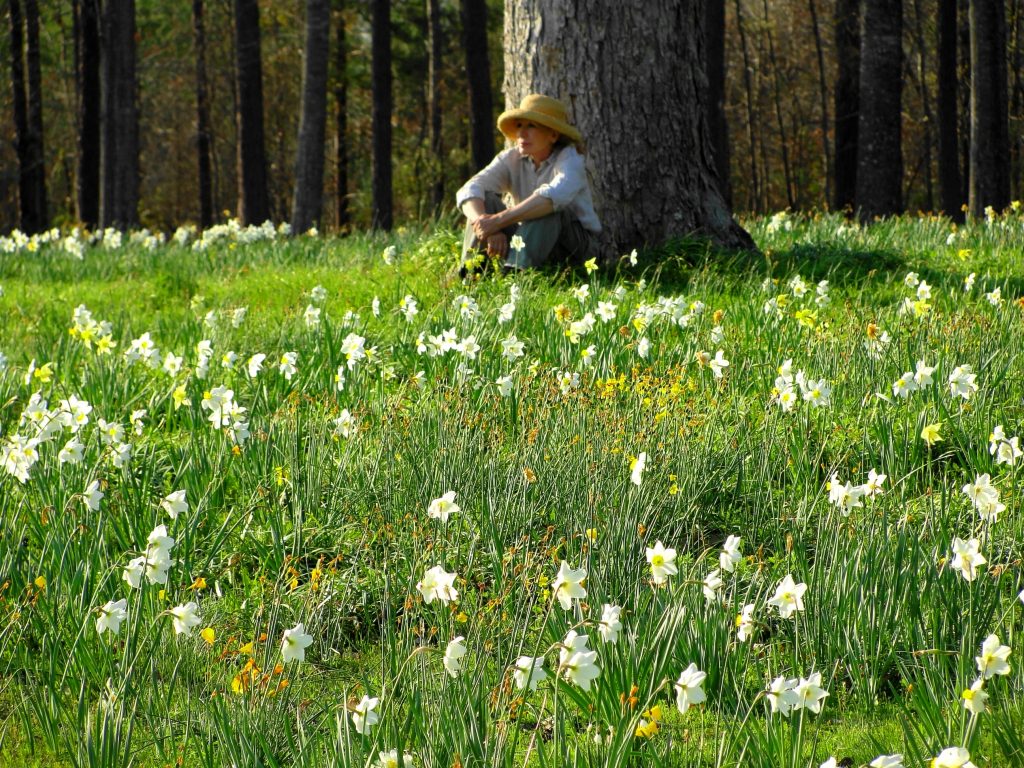