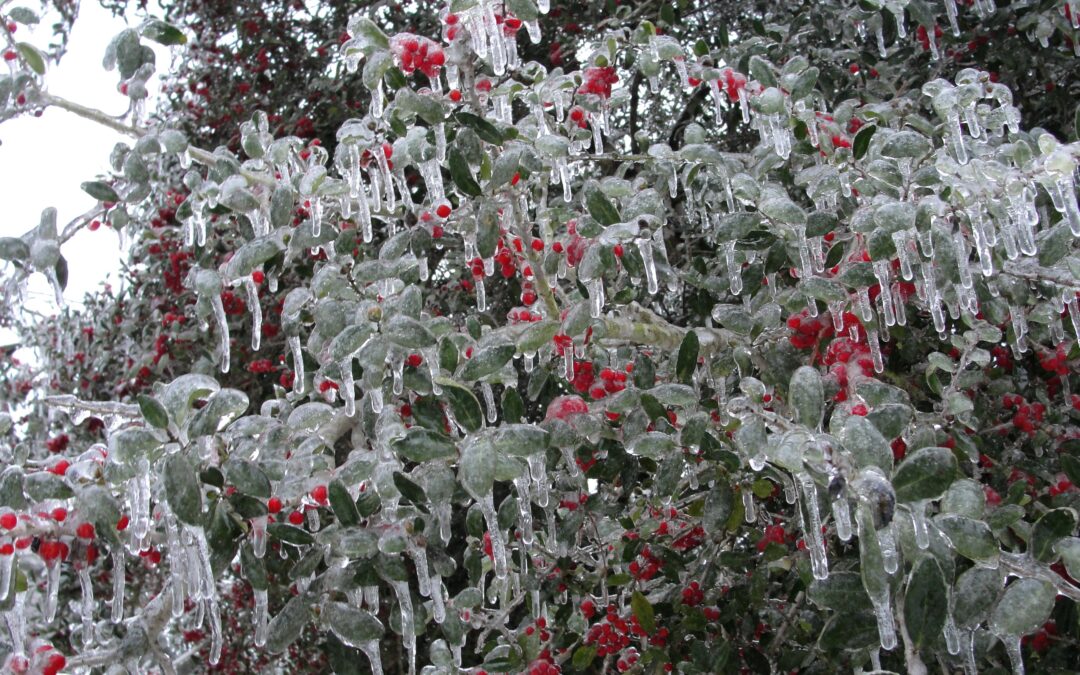 You wouldn’t think being from Texas would prepare you for cold; but it does—sort of.  If you’ve been here long enough you’ve probably witnessed everything from very dry to very wet to very hot to very cold.   I’m only 58, but I’m been through both droughts and floods and experienced 114 degrees and now 0 degrees twice.  I’m a seventh generation Texan, so deep down I kind of expect some crazy weather thrown my way periodically.  Do I like it?   Hell no.   Do I survive it?   Hell yes.  We have to be Texas tough (mentally, physically, and horticulturally) to live here!

Our most recent Arctic blast and Deep Freeze (Snowmageddon, Icemageddon, Snowpocalypse) has led to a bit of heated debate about exotic plants (those from other countries and continents) versus native plants (those growing here when the first humans set foot).  Don’t worry.  Cooler heads will prevail (I hope).  Most of this discussion has been brought on by the fact that the majority of the recent widespread ornamental plant damage has occurred on plants from southeastern Asia where it doesn’t get bitterly cold or covered with snow and ice. 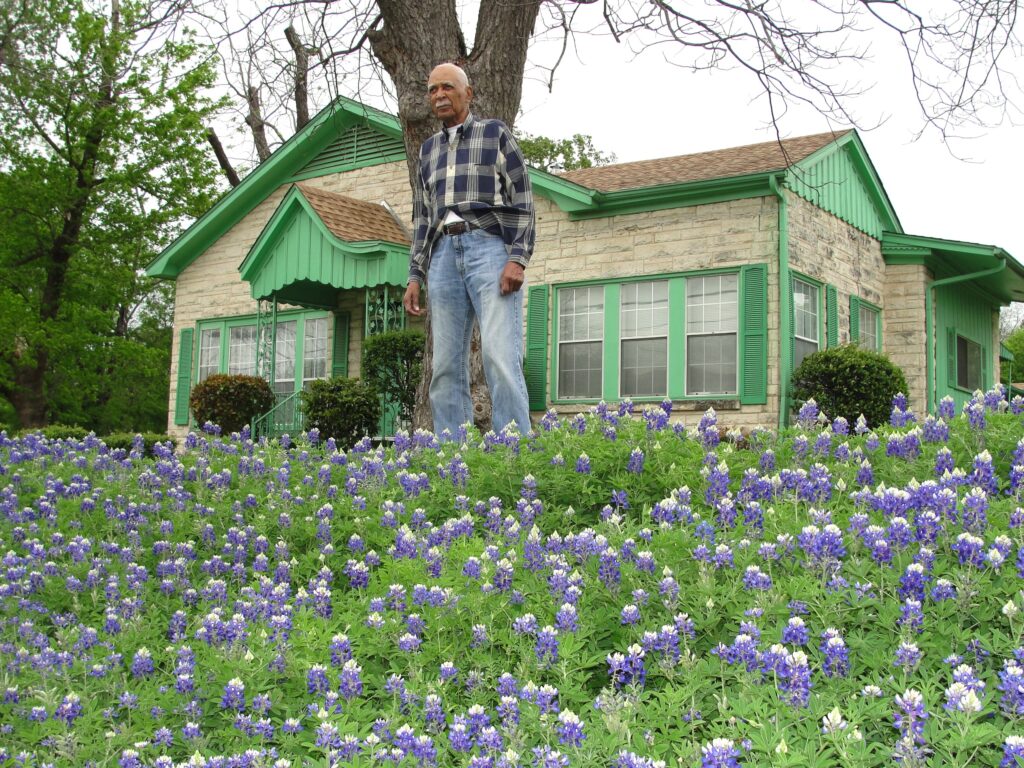 You don’t have to be much of a gardener to notice the brown leaves throughout Texas (and other parts of the South) on azaleas, banana shrubs, camellias, fatsias, gardenias, loquats, loropetalums, privet, roses, sago palms, wax leaf ligustrums, and others from warmer parts of China and Japan.  This is Plant Evolution 101.   Plants are only adapted genetically to what they have grown and multiplied with over millions of years.

Please don’t hate the messenger, but it’s all very interesting and provides a very teachable moment.   Anybody planting a plant should always think about where that plant comes from and how similar that climate is to the one that they are putting it in.  This definitely includes soil type, drainage, rainfall, pH, and as we all now know, cold hardiness.  If you are a Master Gardener, you are probably familiar with hardiness zones.   If you are not, now’s the time to pay attention and learn.  Every plant is listed with a cold hardiness zone that tells what zone (what low temperature) that plant can survive as a perennial or permanent plant.   Naturally, we don’t pay any attention to hardiness zones when planting temporary annual flower or vegetable plants, but when planting trees, shrubs, and perennials we certainly should.  Texas ranges from zone 6 to zone 9.  Here’s a link to the hardiness zone map. 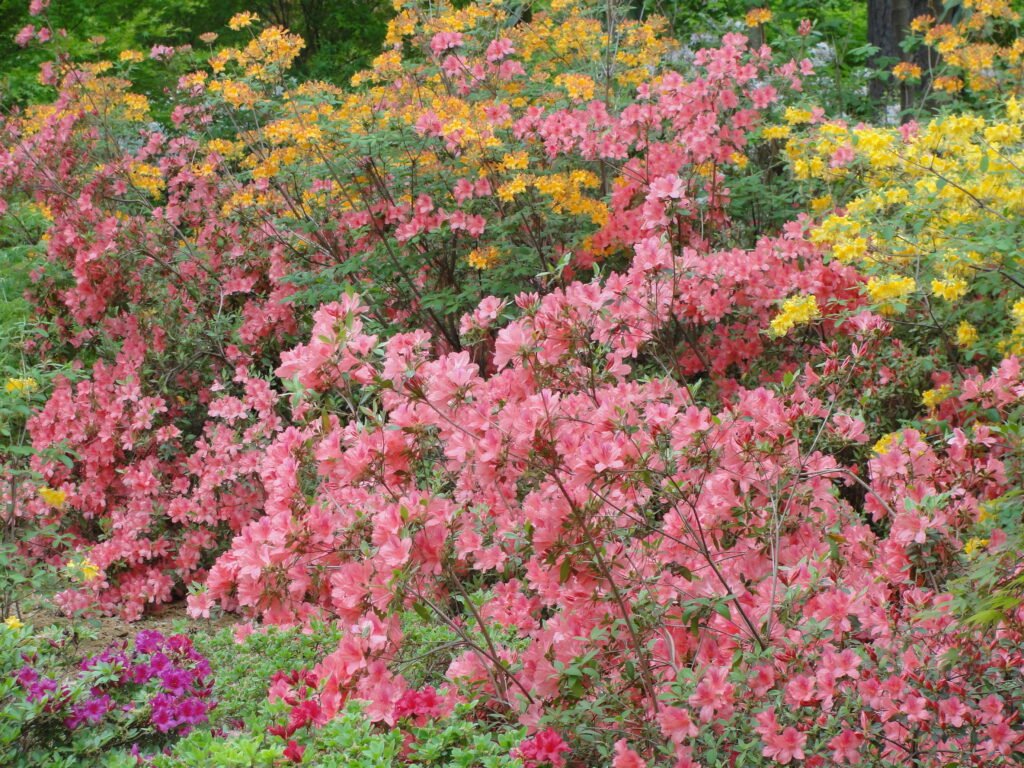 The way it’s supposed to work is that gardeners shouldn’t plant any tree, shrub, or perennial in their area that doesn’t have the same number, or lower, than their zone.   But also be aware that these zones are based on historical averages.  So if you live in zone 8 and plant a plant listed as zone 8 (Washingtonia filifera/California fan palm, for example) you might lose that plant when you have the occasional zone 7 temperatures.  In that case, only plants listed as zone 7 and lower would survive. 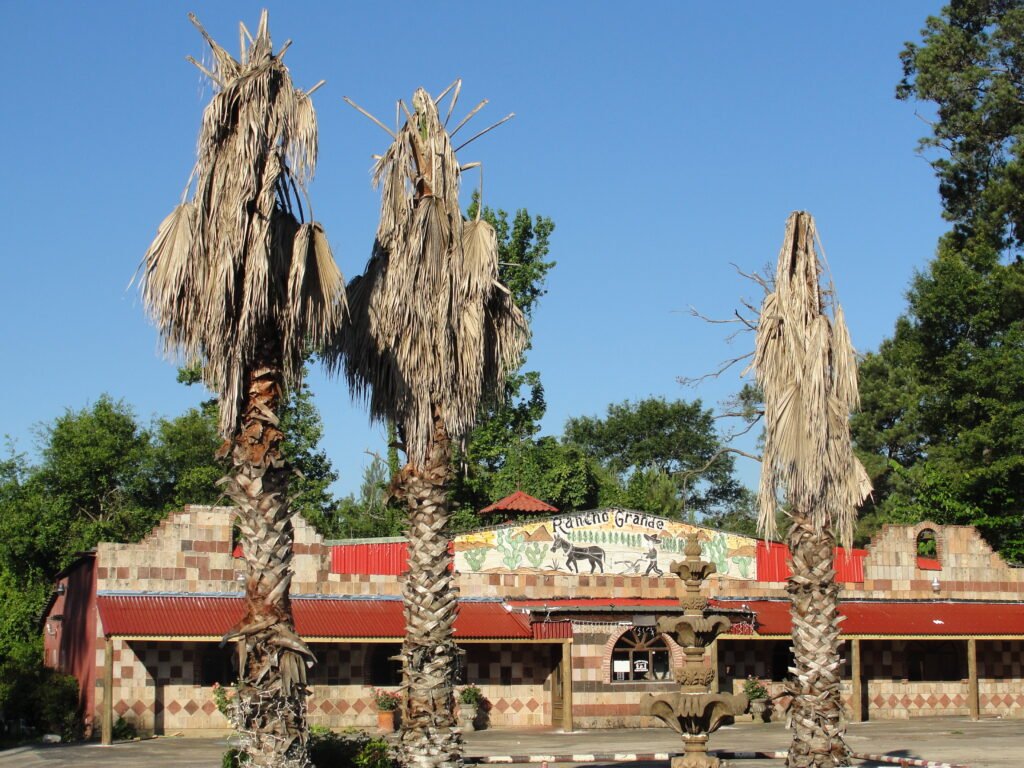 So the obvious solution for a number of folks is to plant only plants native to Texas.  It sounds good, but unfortunately isn’t that simple.  I personally could live with only native plants, but the majority of the public would have a huge, grumbling, learning curve for several reasons.

First is the fact that the majority of our Southern plant palette comes from an Asian culture (and horticulture) that is thousands of years older than ours which means much more color, cultivars, and eye candy to choose from.  We simply don’t have native Texas plants than can compete with the dazzling show of azaleas, camellias, crapemyrtles, and the like.   Having folks give those up is like asking them to stop drinking bourbon, beer, or Big Red and embrace only water.  Yes it’s healthier, but it’s a hard sale.

There’s also the complex confusion of what’s native to Texas and what’s actually native to your town or landscape.   Certainly plants native to west Texas aren’t necessarily adapted to East Texas and vice versa.  Remember that state lines are manmade.  Plants are much more familiar with their own internal soil, temperature, rainfall, and pH maps.  So, in other words, an American plant native to Georgia is more adapted to East Texas than a plant native only to West Texas, South Texas, or the Panhandle. 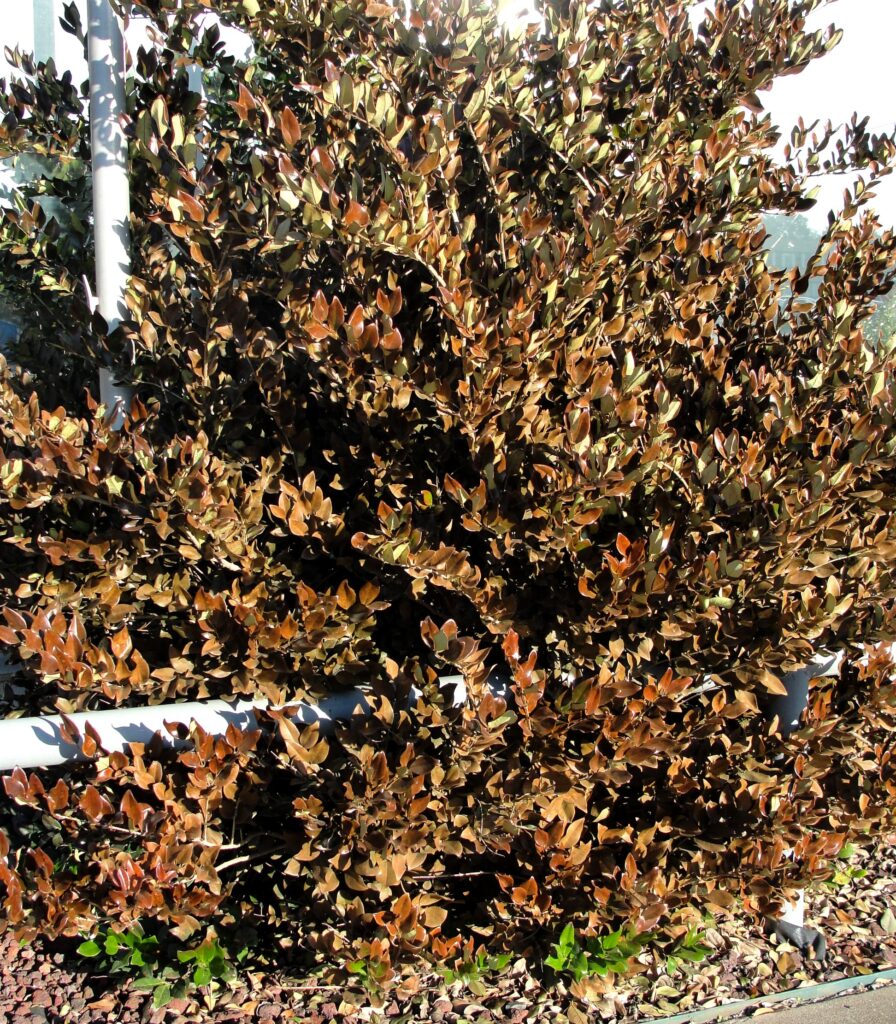 There’s also something known as provenance in play.   Plants genetically know where their parents came from not where a book says that their species comes from.  So a native Texas live oak propagated from a seed source along the coast probably won’t be as cold hardy in Dallas as one propagated from a seed source in North Texas, even though Quercus virginiana is a “Texas native.”

And then there are those special natives that only grow in certain select ecosystems like flowering dogwoods, Texas madrones, and native azaleas.   Even though they are Texas natives, most Texans will never be able to grow them.

But the overall principle is sound.  And certainly native plants are much more important to our local ecosystems when it comes to supporting birds, bees, butterflies, and all the rest of nature’s cast.  Their existence depends on the native plants that they evolved with.   It’s easy to see that native plants like Texas bluebonnets, Texas red oaks, and Texas sabal palms all made it through the freeze with flying colors.   However, due to assorted reasons, probably having to do with complex genetics and provenance, other Texas natives like wax myrtle and Carolina jessamine took it on the chin.

But there’s more to native plants than just lawns and landscaping.   There’s also a deep connection, a cause, something to care about, and count on.   I generally take the dogs for a walk around my pines or through my hardwood forest when I get home from work each day, even if it’s dark.   I actually sort of enjoy getting lost in the dark forest and finding my way out.   Recently, I hunted for small mottled Trillium recurvatum plants which are hard to spot, even with a headlamp, against the fallen brown leaves.  But the gray leaves and the small white flowers of the blood root plants stood out like stars in the sky.  It’s very comforting to find unfazed flowers blooming after the recent freeze.  So when I found my way to my secret bench along the creek and turned off my headlamp to bask in the darkness, I looked up to see Orion and Betelgeuse glowing in all their glory above me.  Yes, there’s something very comforting about knowing some things will always be there.