Goodbye Sweet Rosie, I Will Always Love You 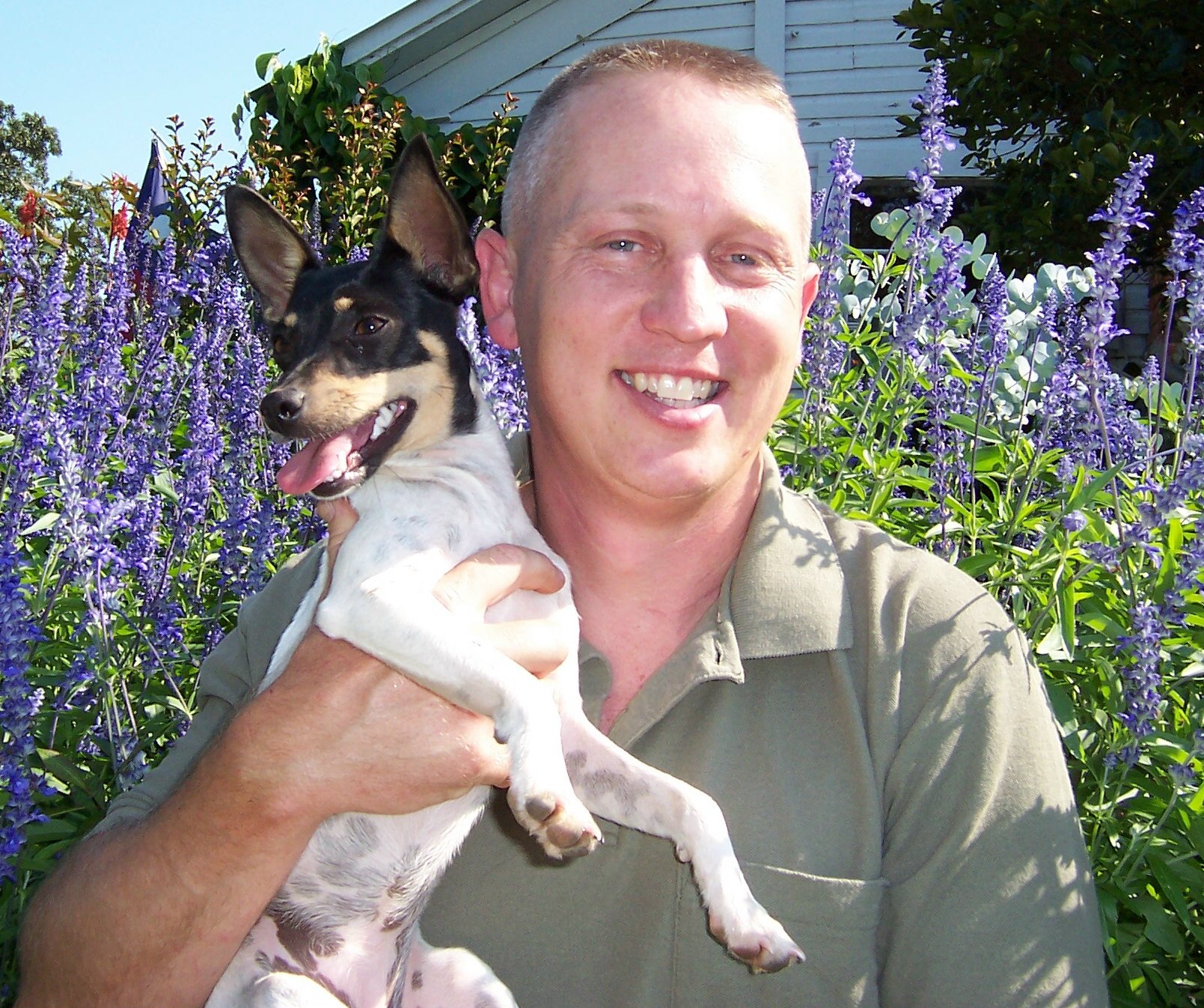 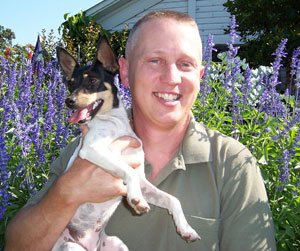 Sweeties here,
and sweeties there.
The scent of jonquils
everywhere.

Each passing year
as the pixies bloom,
joy prevails
and conquers gloom.

On January 28 I spoke at the Hilltop Arboretum Symposium on the LSU campus in Baton Rouge with mentor Bill Welch. I was fully prepared to blog about the many wonderful things I saw in Louisiana but as we know, life has its own plans. When I returned to Arcadia with a nice box of shelled Bergeron pecans from New Roads in my hands for my babysitting mom, my world suddenly changed. My sweet baby, Rosie, normally greets me the second I open my parent’s door with showers of kisses, but this time I saw through the window that my mom was carrying her in her arms to the door.

It turns out that she had suffered an unknown occurrence of some sort that day and was paralyzed. Of course she was still desperately trying to get to me as she always knew when I arrived at my parents before I even came up the driveway. After crying my eyes out all night, my veterinarian brother Derek put her to sleep for me the next day and I buried her in front of a weeping baldcypress surrounded by jonquils out front. She was a sweetie, like they are, and I’ll think of her every year when they bloom. Those of you who aren’t pet owners may not understand this. Those of you that are probably will. 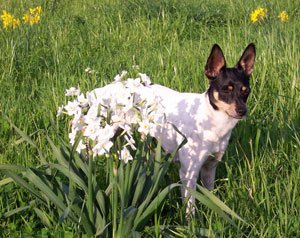 I try my very hardest not to become attached to my dogs. I certainly know that I will most likely outlive most of them I ever own. But somehow each one becomes harder to part with than the last. I know there’s no way for most normal people to compare pets with family, but to a single guy like me, they are very much my immediate family. And of course we all know the unending story of “man’s best friend.” They don’t complain, cheat, lie, hold grudges, yell at you, leave you, gossip, etc. As a matter of fact, they are just the opposite…nonstop, unconditional love 24 hours a day. They live to love and be loved.

Of course this can be said about most dogs including others that my family has owned. Unfortunately, for me, my dearest Rosie was different. She was the sweetest, smartest, most caring, most devoted dog to me, and me alone, that I’ve ever owned. She was given to me by my brother, Derek, during the Christmas holidays in 2003. She was a tiny, baby, Rat-Fox terrier cross, born around Thanksgiving; given to him by his friend Hulen Murray of Chireno. I was lying in the lawn at my parents place experiencing the first of my back troubles when he got out of his truck, thrust her towards me, and said “Do you want this?” Of course when I saw the little black and white speckled “rat” in his hand I immediately said YES. She literally fit in the palm of my hand. She was the best medicine I would ever receive. She was one of the few dogs that I would ever truly call my own. Up to that point, most of my dogs had been family dogs or my mom’s dogs that had adopted me. This was my dog. 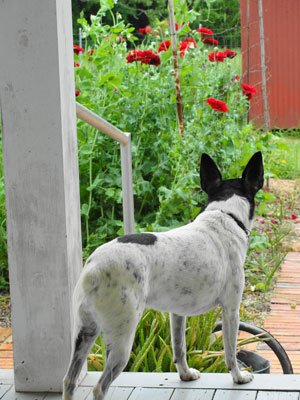 Of course we can blame my terrier obsession on a number of folks in my past, especially my mom, Jackie, and her father, Eloy. My mom has been addicted to terriers since she first owned her black and tan Manchester terrier, Turvy, when they were living in Clute. When the family moved back to Arcadia in the 1950’s Turvy came with them and became a legendary, genuine, “folk” hero. She was so smart and brave, and such a good squirrel dog and hunter, that all the locals wanted one too. My mom subsequently raised puppies and sold them to earn money to attend college at Stephen F. Austin.

Of course being a rural farmer and hunter, my granddad kept both coon and varmint dogs to put food on the table and to keep critters out of the house, barns, and gardens. In the country the latter are essential jobs and always have been. There are none better at it than terriers. This is what they were bred to do. Of course rat terriers were originally called feists, and still are, by rural old timers. Teddy Roosevelt is the one that dubbed them “rat” terriers because of their talent in dealing with these little critters.

Of course my mom shoulders more blame than just my need for terriers, she is responsible for my true love of them. She can’t just have a nameless, working dog that does its job and is casually replaced when it meets its demise. She fusses over them and treats them like children. Of course I morphed it into something much worse. Rosie was much more than just a child to me. She was my best friend and constant companion. She knew the sound of my truck from miles away. She knew what words I was speaking, not just what sounds I was making. She heeded my commands (when she felt like it) because she always knew exactly what I was saying. But of course what she really wanted was to kiss me and embarrass me as often as she could in front of as many people as possible. She loved hunting squirrels, rabbits, and mice, and loved playing with her stuffed toys and getting tummy rubs. But what she loved the most was loving me. Her three most common positions were kissing me in the face, lying at my feet waiting for me to go, and riding on the console of my truck immediately next to me. We were two peas in a pod. I often referred to her as my “Sweet Pea.” 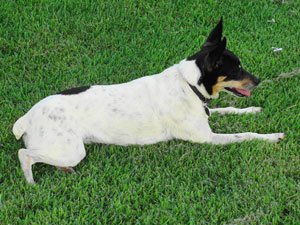 Up until the time I got Rosie, we had owned nothing but Jack Russell Terriers for years. They are faithful bundles of destruction and terror. After no time at all my mom declared Rosie “too sweet.” Of course Rosie soon won her over as well. We weren’t used to dogs that loved. We were used to dogs that loved using us to have a good time and to rescue them from peril.
It’s ironic that Miss Rosie nursed me through three back surgeries and a hip surgery and yet a spinal condition did her in, with me helpless to aid her. You’d think that 9 years of pain and surgeries would have been the worst, but thanks to my Rosie, they were no doubt the best of my life. We’ve never had to put a dog to sleep before. Most terriers in the country come to a tragic end due to their active love of danger and life on the edge. Choosing to have one put to sleep and participating in it is gut wrenching at best. At least there’s closure and a chance to say goodbye. Her tongue still worked though as she kissed me a hundred times before she left me. I know I’ll eventually get over it. But it won’t be soon. I’m as sad as I’ve ever been in my life. Goodbye my dear sweet Rosie. You’re the best I ever had and I will always love you.
-Greg