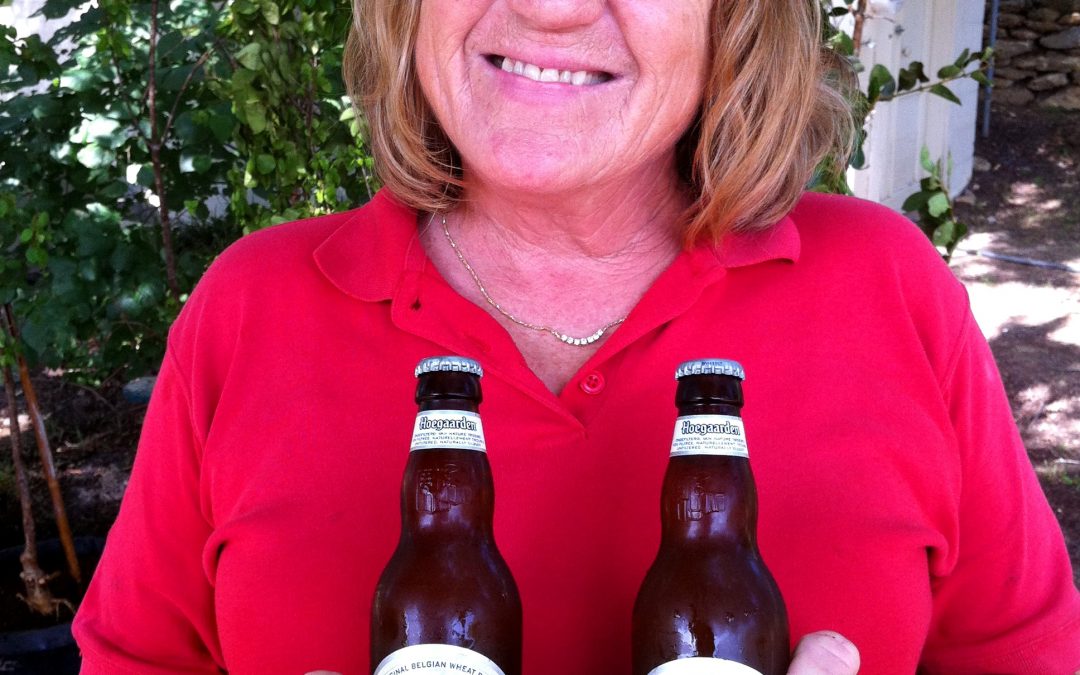 One of our most dedicated Texas horticulturists passed away last month. Linda Gay was far more than just a horticulturist, however. She was a dear friend, mentor, kindred spirit, teacher, lifelong fellow gardener, and former boss. In case you didn’t see it, this was her obituary.

Linda Blaine Gay, of Spring, Texas passed away on September 19, 2022, after a lengthy battle with pancreatic cancer. She was born in Shreveport, Louisiana on October 4, 1955, to Myron R. (“Mr. Cotton”) Blaine and Sally L. Blaine. She graduated from Morgan City High School and attended Trident Technical College in Charleston, South Carolina where she received a degree in horticulture technology.

Linda relocated to Houston, Texas, and pursued her passion for all things green, honing her gift that touched many throughout her lifetime. She worked for several commercial landscape companies before landing at Mercer Arboretum in Humble, eventually becoming its director, until she retired in 2017.

Known as “Royalty” in the plant world, according to GardenLine’s Randy Lemmon, “Linda was an expert on everything from bamboo to ferns and a plethora of bulbs in-between. She was a fixture at the Arbor Gate Nursery in the past decade as well where she worked part-time in her retirement. Frankly, she was an ICON in the horticultural community here in Southeast Texas.”

In memory of Linda, gardening attire was encouraged. In lieu of flowers, please make donations to the Montgomery County Animal Shelter at www.mcaspets.com or your favorite animal shelter. 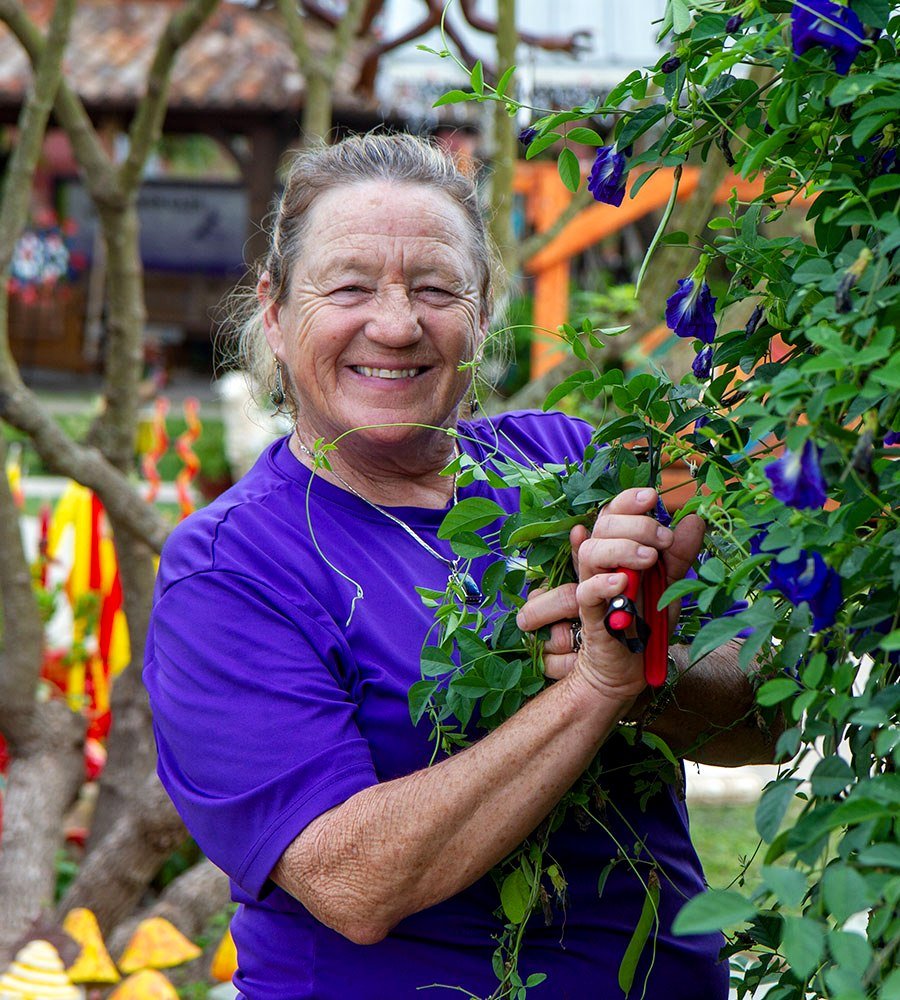 Heck, I knew Linda for so long that I don’t even remember when I first met her! If one had any real interest in tropicals, palms, gingers, or bulbs for the Coastal South, a path with the force known as Linda Gay was surely inevitable. She, along with another friend and former boss Dave Creech were also founders of the somewhat rebel splinter group, dubbed the Texas Association of Botanical Gardeners and Arboreta. This group meets annually at a different botanical garden in Texas (we have lots of them) and once discussed having a t-shirt made that said, “Greg Grant worked here.” In case you just crawled from under the pine straw mulch, I spent most of my life collecting perennial bulbs and assorted jobs. 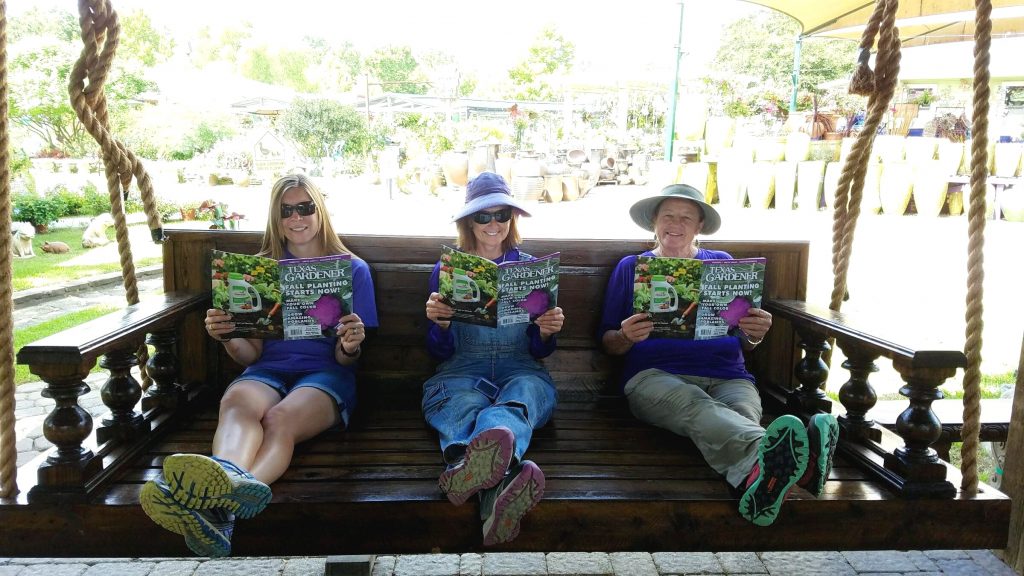 I may have worked for Mercer Arboretum twice, but here’s the time I remember for sure. I love teaching and also love public gardens, so years ago I left my horticulture instructor position at Stephen F. Austin State University to go to work at the San Antonio Botanical Garden in one of my very favorite cities. Little did I know that my insubordinate spine issue would start to show up then causing arm-numbing and unnerving panic attacks midway through my six-hour trip back to the farm each month. After telling my friend Linda about it, she didn’t even take a breath before saying, “Come work here, it’s only three hours from your farm.” As if anyone could forget Linda Gay, I’ll certainly never forget her for that.

Linda described herself as a horticulturist and gardener by trade as well as a “student of the unknown.” Since 1979 she seemingly learned everything horticulturally possible in Houston and yet after working 26 years at Mercer Arboretum and Botanic Gardens, still felt inspired to keep growing, tending her garden, and sharing her knowledge with like-minded individuals. 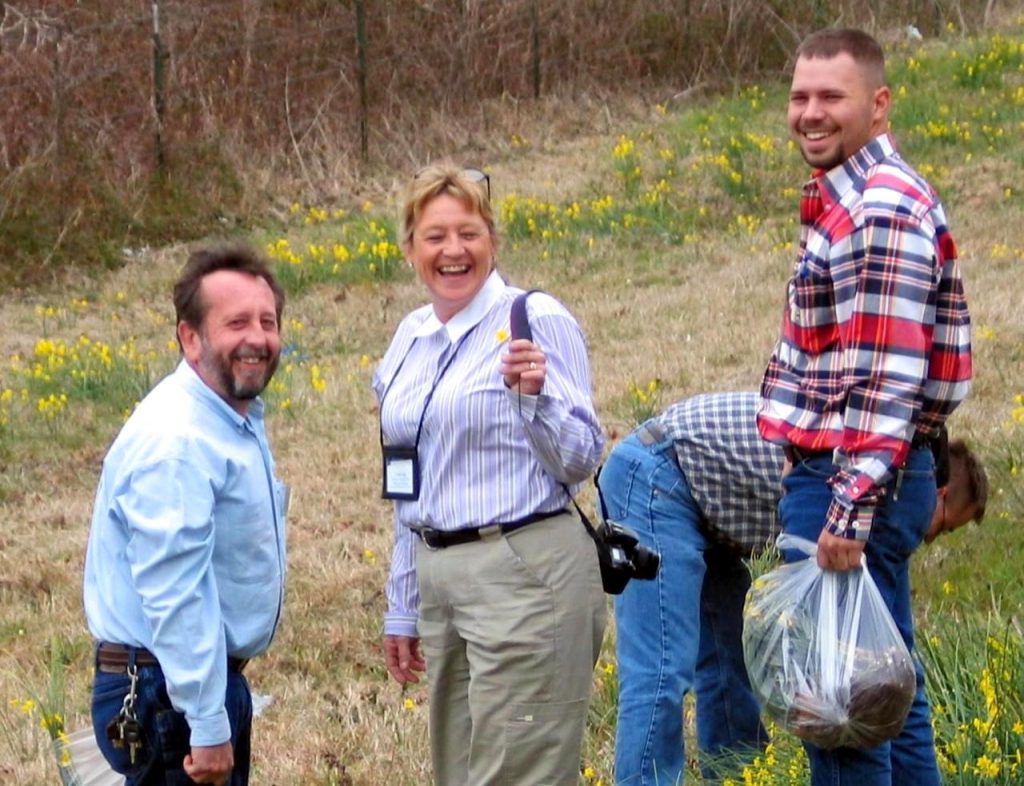 When she became the director at Mercer Arboretum she was quoted: “I don’t spend much time in the office. The garden is not in the office. I’m a hands-on person, and I want to continue learning. 15 years at Mercer are the most wonderful experience for a horticulturist: doing things with plants, educating the public, helping gardeners become better gardeners, helping newcomers.” And true to her words, she never stopped teaching others how to grow plants.

Lest you think that Linda was a pigtailed wood nymph scattering rose petals and charm, think again. She was trained in the landscape maintenance and installation trade and could outwork most men I know. She was no-nonsense and goal driven. If a wall needed knocking down, you’d better get out of the way because Linda was fixing to knock it down and you too, if you stood in the way. Linda didn’t care if a few feelings got hurt, as long as the job got done. And I can vouch for the fact that she turned that flood-prone riverbank and mosquito basin at Mercer Arboretum into a beautiful botanical paradise. She had a short fuse for mind wandering, poetry spewing, butterfly chasing, and botanical nerds which begs the question, why she not only tolerated me but actually liked me. After all, I’ve never seen a butterfly that didn’t need chasing.

It’s because underneath all that mud-slinging gruff, was a tender-hearted plant and animal lover and if she knew you were pulling your weight somehow by teaching or tending, she would (in special cases) cut you some slack.

Linda went to her grave not knowing that we shared a love for Muscovy ducks. If you ever go to the Arbor Gate Nursery in Tomball, along with a multitude of amazing plants and garden art, you will surely notice the flock of Muscovy ducks on the pond where it turns out Linda’s heart was as soft as the dabbled mud. I never got around to telling her that I had over 100 of them in Longview before heading off to Texas A&M University in 1981. Muscovy’s are quackless but apparently know gardening angels when they see them. Goodbye Linda. You were one-of-a-kind and will never be replaced. 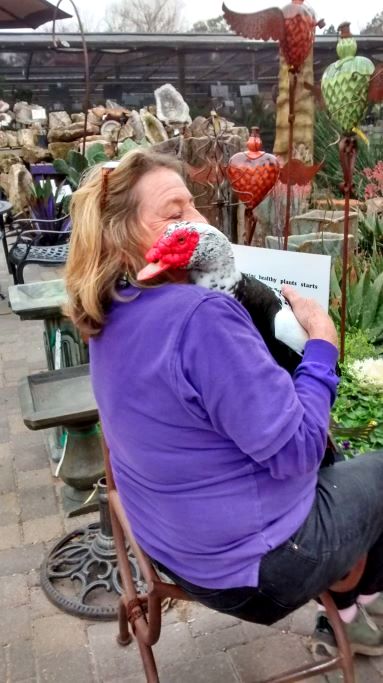