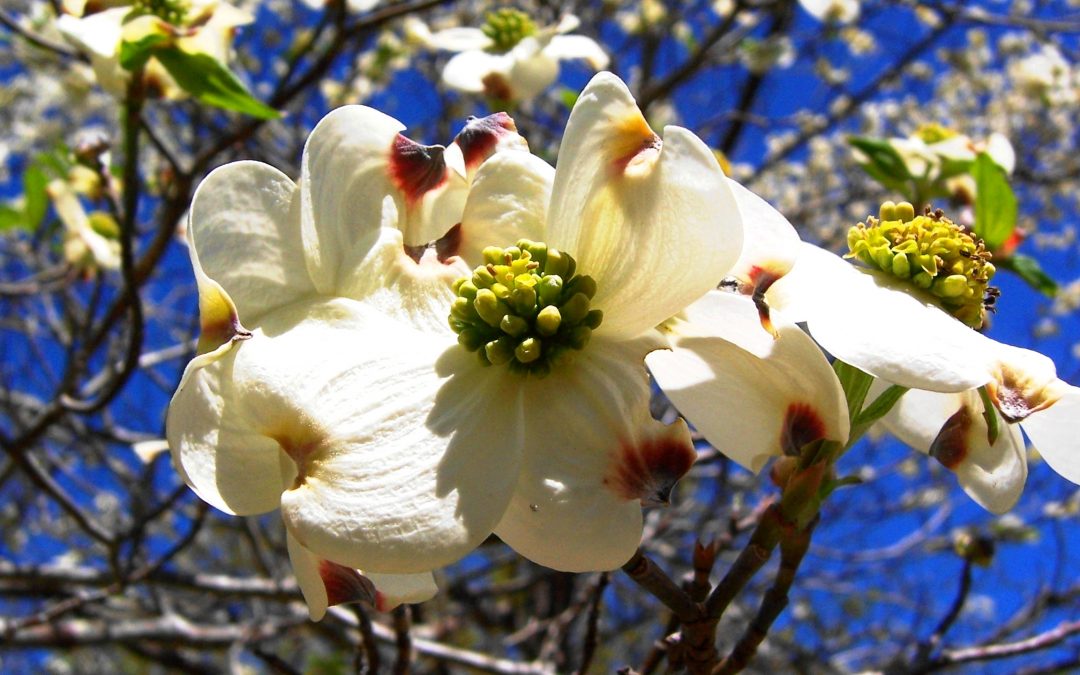 I made two vows to myself as a budding young gardener; to never pull up a bluebonnet and to never chop down a dogwood tree. I dearly love each of them, but both have proven difficult for me to cultivate in my life. That doesn’t keep me from trying, however.

The bluebonnet vow went out the window when I had the pleasure of working with my mentor Dr. Jerry Parsons in San Antonio on his red, white, and blue colorization project early in my career. Because I have an eye for color, my job was to rogue out (pull up) any that weren’t the right shade/tint of red, white, pink, maroon, etc. depending on the plot and the project. I literally discarded hundreds if not thousands of Texas bluebonnets. Horrors! 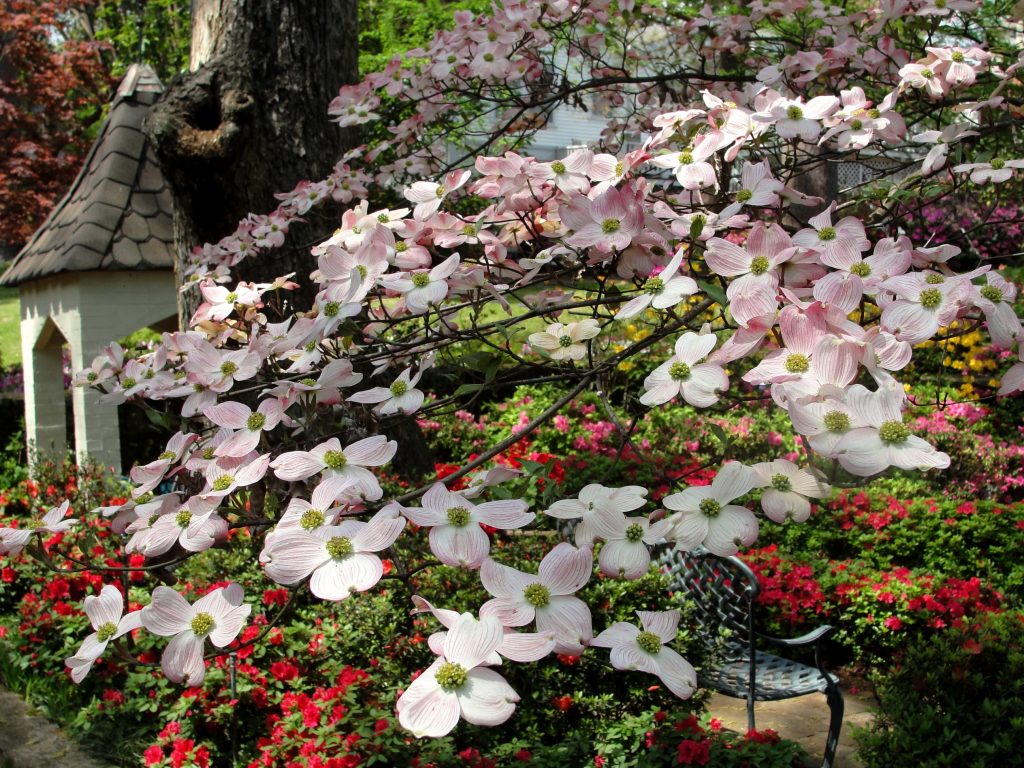 I can say to this day that I’ve stayed true to my promise with the dogwood trees. Flowering dogwood (Cornus florida) is one of the most popular and showy small flowering trees in Eastern North America. It however reaches its western limit in Texas where I’ve seen it in the wild in Brazos and Tarrant Counties. The problem with flowering dogwood is that it doesn’t want to be in Brazos or Tarrant Counties. Heck, it doesn’t even want to be in Texas for that matter!

Cornus florida is happiest in acidic, sandy loam soils with good drainage and regular moisture. It prefers high shade or basically the same areas in a landscape that grow azaleas, camellias, gardenias, and hydrangeas well. Perhaps that’s the problem. I’m not highly successful with any of those! Maybe it’s because I don’t have a sprinkler system. Maybe it’s because I don’t double dig my planting holes. Or maybe it’s because I’m more of a half-aster gardener that thinks that plants should pull their own weight and not be begged and pampered into quasi-happiness. 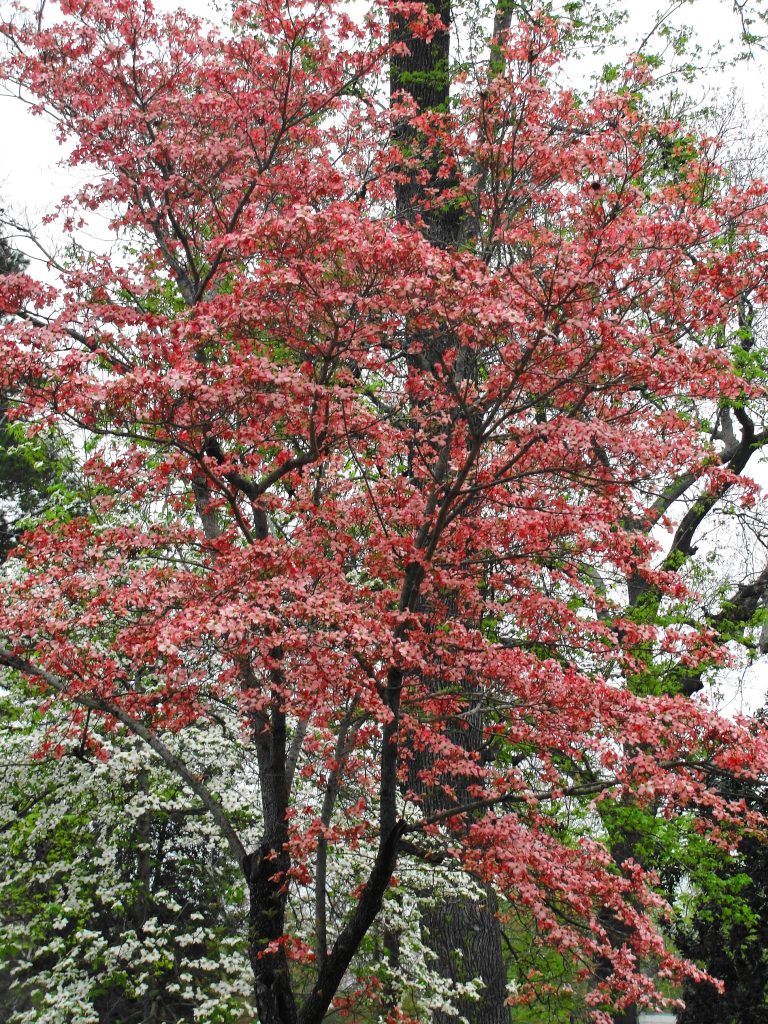 So why on God’s brown earth do we attempt to grow the spoiled brats? Because they are beautiful, graceful, and spectacular, that’s why. And the birds love them too. I can’t imagine though how many dogwoods have been sacrificed for every nice one we see. Part of the problem is geography. Because we are on the southwestern edge of their natural distribution, our weather is too hot, too sunny, and too dry during the summertime and too erratic and mild during the wintertime. Plus, caliche and alkaline clays in Dallas, Fort Worth, Austin, and San Antonio spell almost certain doom for them. 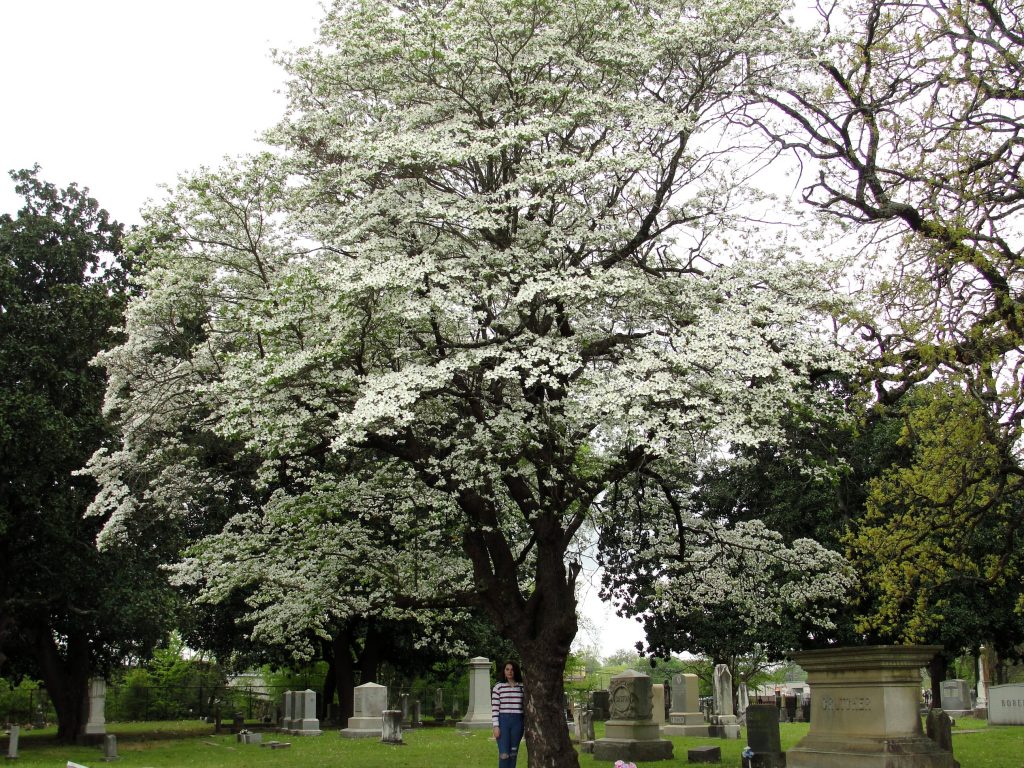 Genetics are also a huge problem for us. Unfortunately, the provenance (ancestral evolutionary genetics) of almost all the dogwoods we purchase at the nursery are from seed collected in the Eastern United States where the plants experience milder summers, colder winters, and more regular rainfall. That means the genetics of the plants were are growing don’t know anything about Texas and most assuredly don’t like it. Once in a blue moon there are dogwood sources from local seed like we used to grow at the SFA Pineywoods Native Plant Center in Nacogdoches and little King’s Nursery in Tenaha does. Our best choices in order of ease of growing would be seedlings from a local source, white seedlings from any source, grafted white dogwoods, grafted pink dogwoods, grafted red dogwoods, and grafted variegated dogwoods. Certainly, containerized trees are preferred with fall planting best, winter planting second best, spring planting third, and summer planting worst.

Dogwoods must absolutely be planted in well drained soils (not clays) and generally need a one inch of irrigation about every two weeks during June, July, and August, minus rainfall. They should always be mulched with a thick layer of organic matter, should never be exposed to hot direct sun on their trunks, should never be planted too deep, and should never have their trunks bumped, scraped, or damaged.

If you want to grow your own dogwoods from locally collected seed (from nice native specimens or well-established garden selections) the berries need to be macerated (red pulp removed) and cleaned seed stratified (stored in the refrigerator in moist sand, vermiculite, or perlite) for 3-4 months before planting. 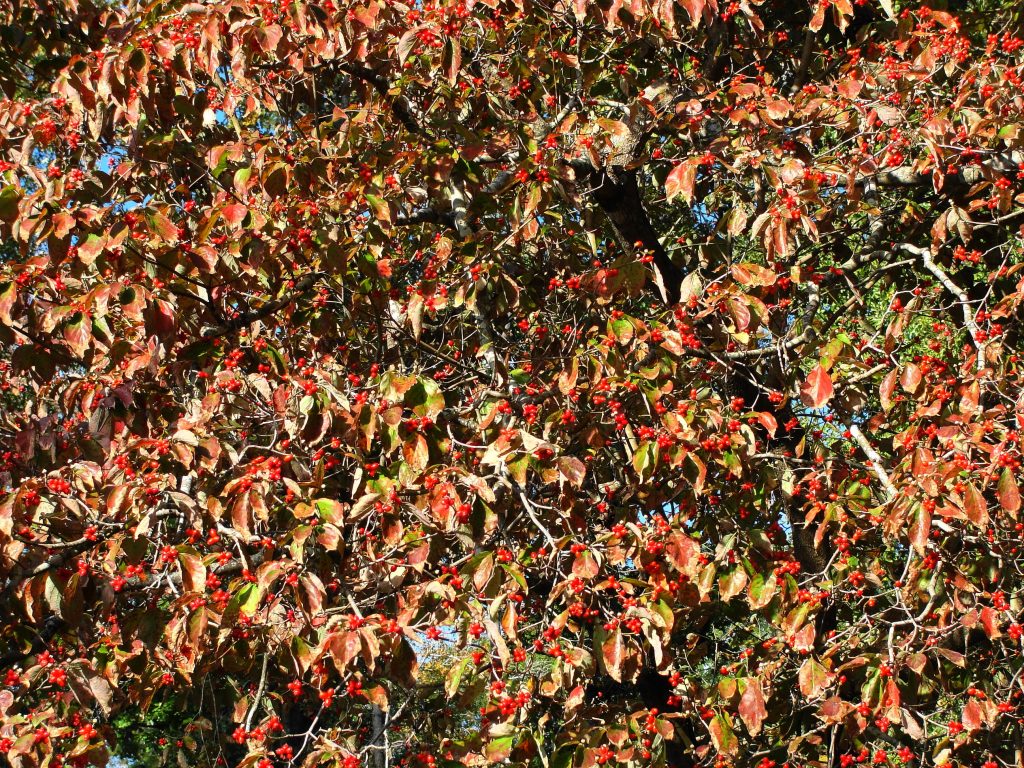 OR, you can use Greg’s lazy, inefficient, “Johnny Appleseed” method where I collect fruit each fall and toss them into areas that they are most likely to grow. After tossing hundreds (or perhaps thousands) of dogwood berries out during the last decade or two I have about half a dozen young dogwood trees ranging from one foot to ten feet on a pond dam at the back of my property, near the creek. They receive no irrigation or mulch so whoever survives will certainly be tough. I do cut out the competing tree seedlings next to them, however. I also regularly scour my property for native seedlings, but up until this year I hadn’t located a single one. Imagine my surprise this fall when I found a small seedling at the intake to my cypress swamp/rain garden. I’m sure a bird pooped it out from a tall cypress above. It’s a terrible place for a dogwood, but I’ll leave it be and caress it with loving and admiring hands and at least temporarily cherish it for choosing my property to germinate.

I only have one native flowering dogwood on my property and unfortunately an unruly young black walnut pushed it over about 20 years go. Though the tap root died, one side root has now turned into the lower trunk, while the main trunk lies parallel with the ground. Thankfully, the upper branches all layered and rooted so I have a scattering of young clones that are still juvenile and yet to bloom. I used to have a second dogwood tree on the property but when they cleaned the highway right of way it was destroyed.

My dogwoods will never win best of show and never be featured in a book or magazine. But like an adopted mutt, they are mine to love, and I’ll go to my grave wanting more.