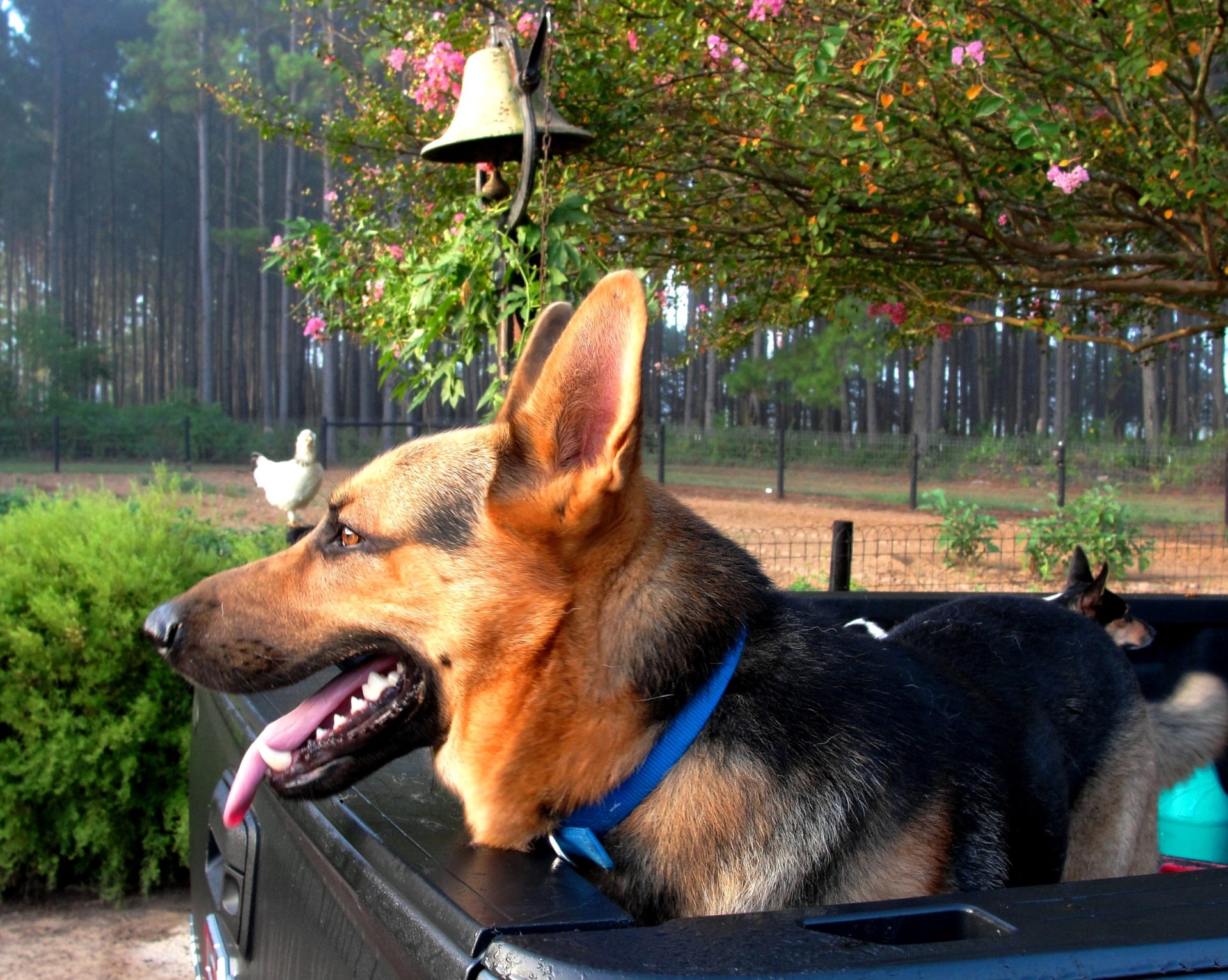 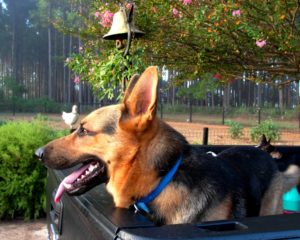 There’s a new king at my farm and it’s not me. Mrs. G came to me with a handful of two cats but has never quite fully embraced “my” four dogs. She tolerates the five of us by setting out food and letting us join her on her walks through our Rebel Eloy Emanis Pine Savanna and Bird Sanctuary, but I’m pretty sure none of us will be getting quilted QVC doggie jackets for the winter. She does have a soft spot for Sonny Boy Desalvo Fontenot since (in a fit of cursing tears) she made me come pick him up in South Louisiana several years ago after lasting only one non-stop barking week with him in her cozy, modern house. Yes, I drove from San Antonio to East Texas to South Louisiana back to East Texas with Mr. Yappy in tow one weekend and was at work bright and early on Monday morning.

But Sonny’s still a smallish dog. Mrs. G likes big dogs. After all, she grew up with a Great Pyrenees for a house dog. She’s been talking about wanting a German Shepherd for security and companionship for several years now. I was pretty sure she mentioned “no more dogs” until some of mine kicked the bucket though. She even looked at old Molly the 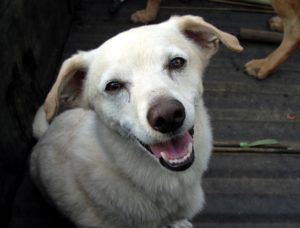 other day and said, “Put her down.” “But I’m not even holding her dear…What? Down?? You mean WAY DOWN??? But she still likes gumming mice and squirrels with her tooth…”

Then one day at work I get a text showing a picture of a pit bull sleeping in our house! What the smell???!!! Thankfully after enduring several days of spoiled Miss Nellie who was more interested in sitting in my lap than attacking cats or terriers, she was returned home to my triple cousin Mike not far away. 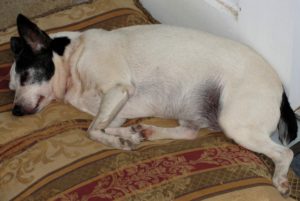 Shepherd guarding chickens and goats. Mrs. G fell head over heels for Anatolian Lady Ann, because she thought Lady Ann was cross between a Great Pyrenees and a German Shepherd. She said I WANT THAT DOG! “But it doesn’t belong to us, honey.” “BUY IT; STEAL IT; I don’t care” she said.

Lucky for me, Chief and Lady Ann were already in an arranged marriage and I was at least told Mrs. G could have a puppy when and if the time came. That meant my farm and garden were safe from a four legged, barking, abominable snowman for at least the time being. So I thought.

Then last month I get a text showing a large, male German Shepherd right outside our back door. “Look who found me, she says!” “He’s in the house sleeping now.” At least it wasn’t a pit bull, but I’m splitting dog hairs now. Either breed could eat me, my terrier team, and my chickens with room for cats for dessert. What the tail???!!! 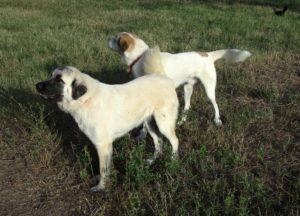 I called the relatives and neighbors and placed his picture and info in the on-line local paper thinking somebody would come pick him up. They didn’t. Heck at 100 pounds or so, I can’t pick him up either! It’s turns out he was abandoned like many dogs through the years at our rural farm-to-market road intersection.

More dog food. More leashes. More collars. More fleas. More vet bills. More therapy. Less garden. He’s ours now, because once Mrs. G speaks her peace and counts to three, it’s over. Thankfully Jules is loving and well-mannered; plus Acer truly loves him, wolf teeth and all. Since Acer is no larger than a mailbox, and Jack Russells never back down from a fight, he knows Jules will come in handy (assuming Jules doesn’t accidentally swallow him first).

I inherited the need for terriers from my Pappaw, Eloy. They bark at snakes, squirrels, and strangers and take care of most garden-eating vermin, including keeping deer and 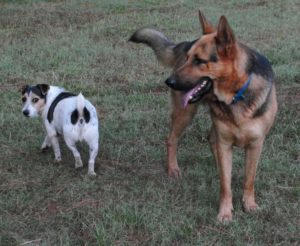 feral pigs run off. Plus, they are small enough to carry one under each arm when retreating from disaster or heading to the vet. Now I have a dog that I need a horse trailer to transport. Mrs. G wanted a horse too. I asked her if she could just ride Jules instead.

It could (and will) get worse. Mrs. G fully believes she “wished” me into her life, “wished” herself to Texas, and “wished” Mr. Jules by her side. So it came as no surprise when I looked up and saw two Great Pyrenees heading down the road from Center and onto our property. I said “Dear Lord, would you quit wishing for stuff?!!!” I was spared. They were Uncle Noel’s two that had escaped their chicken-yard confines.

But I managed to keep my mouth shut when I heard, “You’ll need to close in that barn and fence in the yard when we get our Great Pyrenees.” WHAT THE DELL???!!!