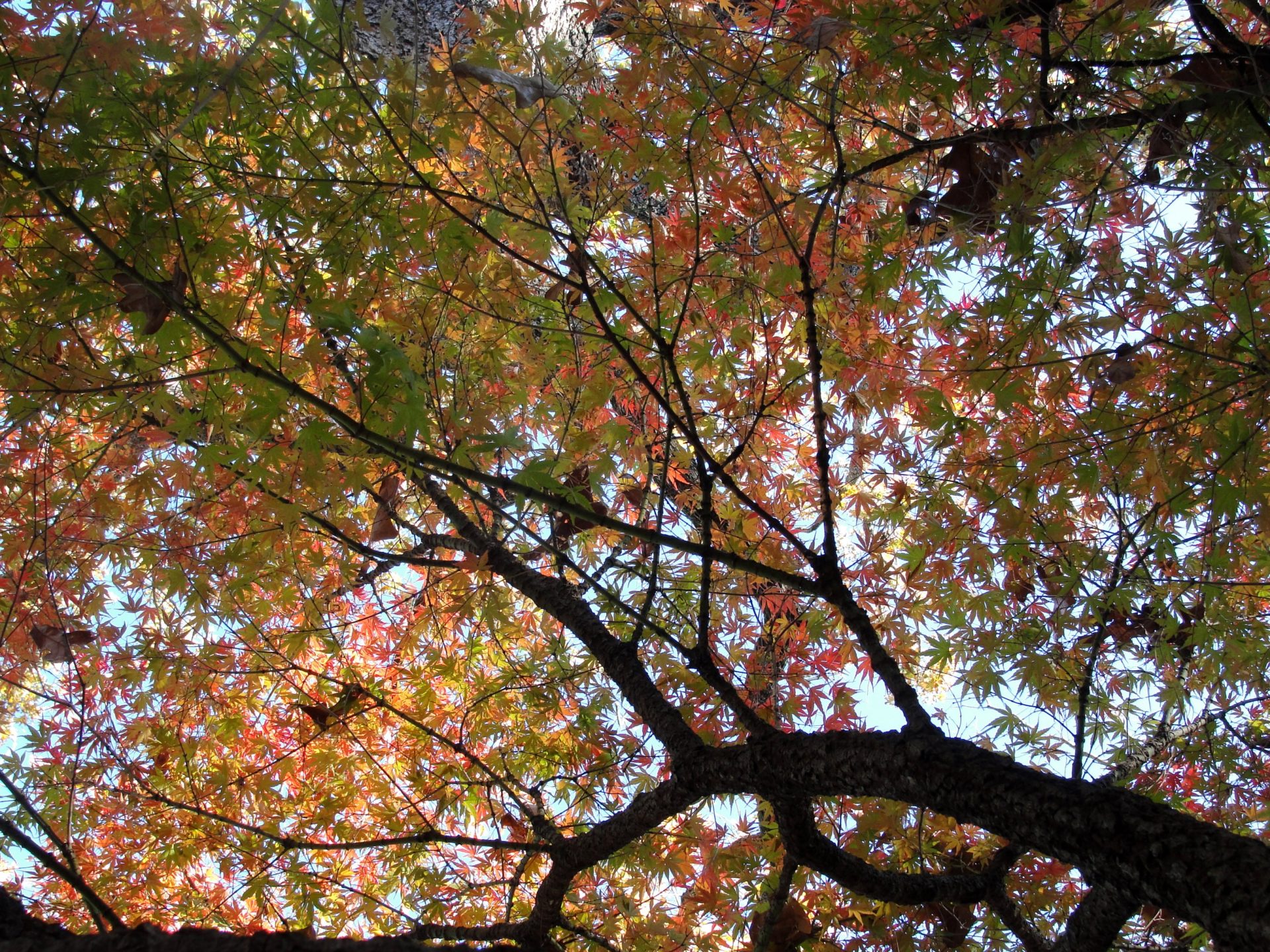 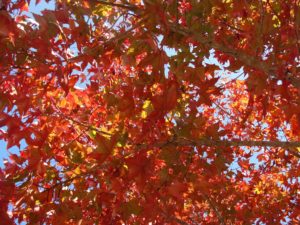 I love maples and I love fall color. I always have. Most East Texans take fall color for granted. I’ll admit that we aren’t New England, but having lived in College Station, Dallas, and San Antonio, where brown is the norm, I am very blessed when it comes to autumn foliage. I’ve always been a firm believer that one should consciously plant for fall foliage color, no matter where they lived. It’s such a visual feast to watch foliage change, and as much as I love pines, I could never be happy in an all evergreen landscape. I think it’s why I like baldcypress so much, since they combine my love of conifers with my love of fall color.

As the days get cooler and frost is in the air, deciduous trees like blackgums, elms, hickories, maples, red oaks, sassafras, sweetgums, and sumac put on an autumn show in all 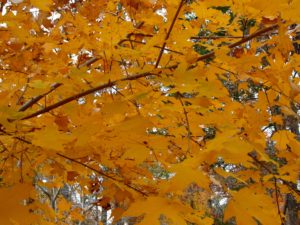 shades of yellow, orange, red, and sometimes purple. In many parts of the country, autumn leaves are an important factor in tourism. I think they should be here in East Texas as well, since our neighbors to the west are starved for fall color. Sadly some of our best fall color comes from the highly invasive Chinese tallow and the moderately invasive Bradford pear. Chinese pistache also provides great fall color but should be limited to male seedless trees only.

Many think that cool weather or frost causes leaves to change color. While temperature may dictate the color and its intensity, it is only one of many environmental factors that play a part in painting deciduous trees in beautiful fall colors.
To understand the whole process, it is important to understand the growth cycle of deciduous trees. During the growing season, trees store up carbohydrates to support next year’s growth. 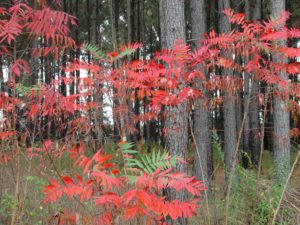 The process that starts the cascade of events that result in fall color begins in late summer or early autumn when the days begin to get shorter, the temperatures cooler, and the nights longer. When nights reach a certain length, the cells near the leaf petiole form an abscission layer and slowly begin to block the transport of carbohydrates from the leaf to the branch. The tree literally “cuts the cord” to the leaf.

During the growing season, chlorophyll is replaced constantly in the leaves. Chlorophyll breaks down with exposure to light, so the leaves must constantly manufacture new chlorophyll to replace that lost. In autumn, when the connection between the leaf and the rest of the plant begins to be blocked off, the production of chlorophyll slows and then stops. In a relatively short time period, the chlorophyll disappears completely. Goodbye green, hello yellow! 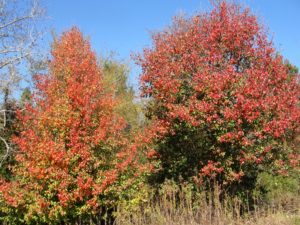 This is when autumn colors are revealed. Chlorophyll normally masks the yellow pigments known as xanthophylls and the orange pigments called carotenoids. Both then become visible when the green chlorophyll is gone. These colors are present in the leaf throughout the growing season. Hooray for hidden colors! Red and purple pigments come from anthocyanins. Naturally, these are the most popular fall colors. In the fall, anthocyanins are manufactured from the sugars that are trapped in the leaf. Some years more are produced and in some years less. I appreciate the fact that there’s no guarantee as to what colors we get as it adds to the anticipation.

Temperature, sunlight, and soil moisture greatly influence the quality of the fall foliage display. A growing season with ample moisture that is followed by a rather dry, cool, sunny autumn marked by warm days and cool frostless nights provides the best conditions for development of the brightest fall colors. Early hard freezes, heavy rain, and high 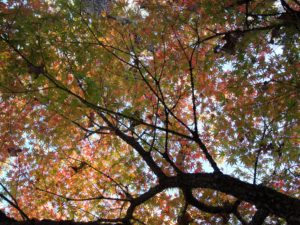 wind can put an end to the party. Unfortunately, there’s no guarantee to what we will get. But the unexpected, fleeting beauty of it all is part of its magic. I’ll never forget 2011, the worst drought in my lifetime, when I thought there would be no leaves (much less fall color) at all by autumn. It turned out to be our most spectacular “fall” color ever, even though it peaked the first few weeks of December. Our best fall color in Texas is often much later than the rest of the country. It’s why I say pick up the phone in December and call somebody in Vermont to compare!

In the future when you are adding deciduous trees and shrubs to your landscape, don’t just think about flowers and fruit. Think about what they will leaf behind in the fall!
-Greg

Written by Greg Grant Greg Grant is an award-winning horticulturist, conservationist, photographer, and writer from Arcadia, Texas. Each month he writes an article for The Arbor Gate Blog where he is given free range to write about any topic that interests him. During the week, he is the Smith County horticulturist in Tyler for the Texas A&M AgriLife Extension Service and on the weekends, he and his wife tend Greg’s grandparents’ old farmhouse, his Rebel Eloy Emanis Pine Savanna and Bird Sanctuary, a flock of laying hens, one Jack Russell, and three cats.