Black and White and Read All Over 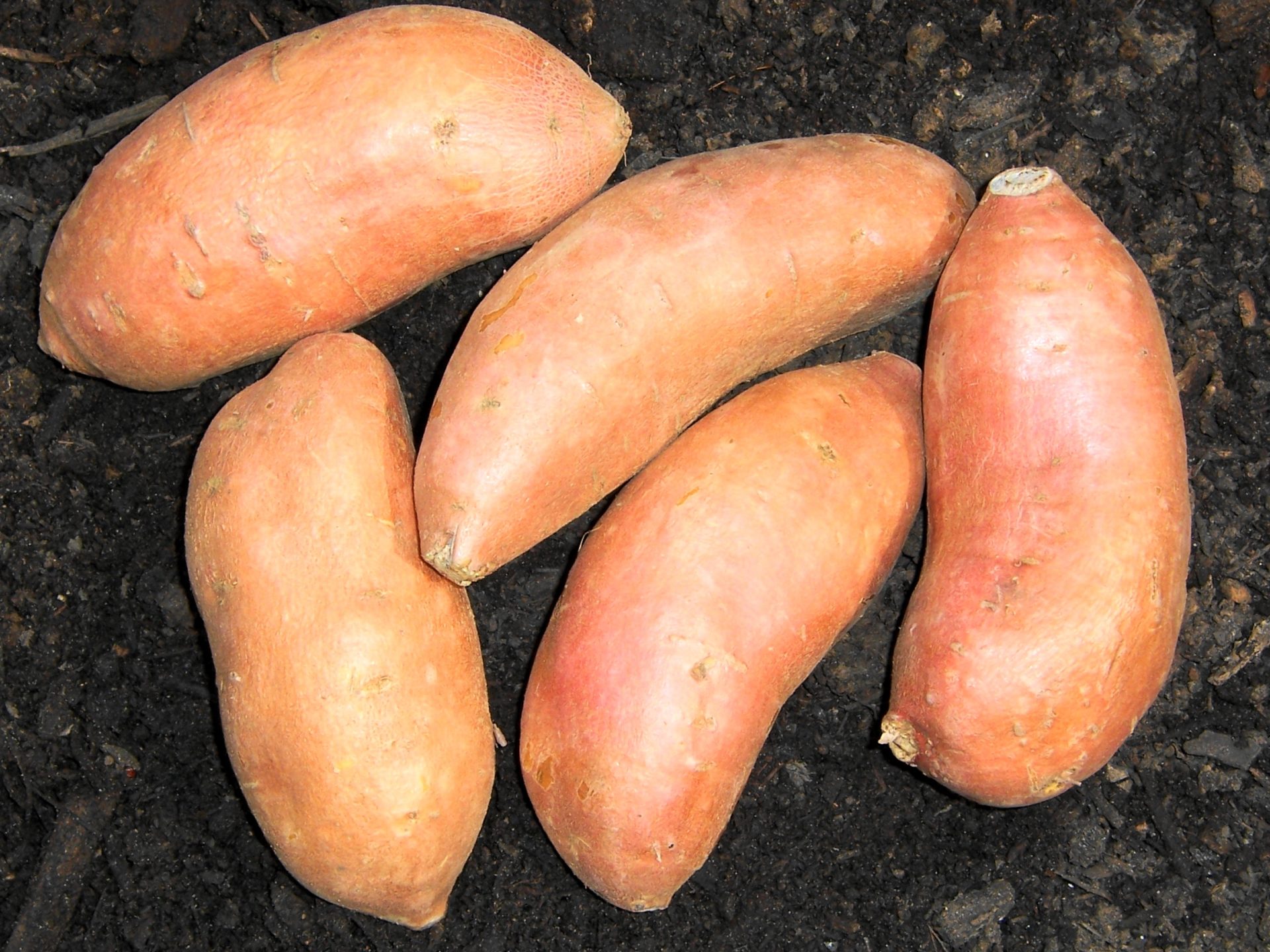 Life is a garden, where people, like flowers, come in all colors.
-Greg Grant 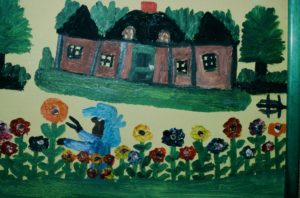 The most important event in my life was the day, in fourth grade, when I laid hands on a little paperback book about George Washington Carver. I didn’t know and didn’t care if he was black or white. I just knew the order form Mrs. Field passed around said he had a secret garden in the woods as a child, like I did. With separatism and racism in the news every day, I figure it’s a good time to talk about we share in common; and gardening is a good place to start.

All Southern gardeners owe a sizeable portion of our gardens, heritage, and daily life to Africa. First of all, many folks jump-start their day with a cup or more of coffee. Coffee comes from “beans.” And those beans come from trees originally native to Africa. After years of avoiding coffee (my mom told us it would stunt our growth) I now start the day with five cups of Community Café Special. After marrying a Cajun, I realized I was going to have to start drinking something, so I figured I’d begin with the State Coffee of Louisiana to be on the safe side. 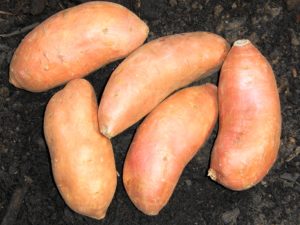 It’s not at all uncommon in the South to hear the words “yam,” “goober,” and “gumbo.” Each owes its origin to Africa too. Although true yams aren’t cultivated in America, they were in tropical Africa. And since the unrelated tropical American sweet potato looked rather similar and was used in similar ways, the name “yam” was transferred to it by early African Americans. The same explanation applies to “goober” for the peanut. And still yet, the word “gumbo” for my beloved seafood or chicken and sausage stew owes its name to the African word for okra, the namesake thickening for the savory meal. Mrs. G can make a gumbo in her sleep by the way.

Many of our common iconic Southern dishes served over rice were originally cultivated and concocted in Africa and cooked and carted by African Americans. And sorghum, the more northern, seed-grown counterpart to sugar cane, is also an original native of Africa. Although sorghum used to be grown for its sweet, sticky syrup, today most of it in Texas is grown for its grain. My Light Brahma chickens are grateful.

And what gardener hasn’t been captivated by gourds? My Grandmother Emanis got me started with dipper gourds as a kid. I was always intrigued by the ruffled white flowers and the promise of what was to come. I repurposed an old worn out bicycle as the foundation for my gourd trellising system in our Longview backyard. Before bottles and boxes, 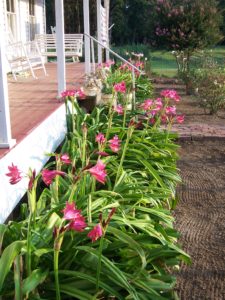 amazing gourds from Africa were cultivated and spread throughout the world for their use as hard shelled containers.

I come from livestock people. Would you believe that despite its misleading name, Bermudagrass, our most common pasture, roadside, and turfgrass is native to Africa as well. Even the cattle egrets gracefully moving about the cows in the pasture are from Africa.

It’s ironic that the bare swept yards that Bermudagrass was replacing were a passalong custom from Africa too. Before the days of fertilized, irrigated, and mowed lawns, most yards in the South were kept bare and swept with homemade rakes and yard brooms. Even the early cemeteries were kept in this fashion. Its African origins are a bit obscure, but mostly likely had to do with fire control, keeping grazing animals at bay, and limiting snakes and other critters in the yard. Like sweeping the house, it also made things look nice by tidying up the place.

I myself prefer more flowers than dirt. And since our intense heat of summer more mimics the African continent than the European one, many of our classic Southern plants are from Africa. The easy to grow castor bean, all the rage during the Victorian period, is a native of Africa. It occurs in both green leafed and burgundy leafed forms and was used 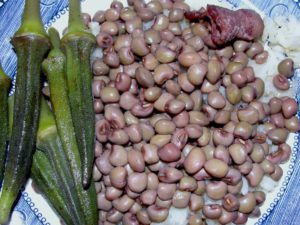 by my other grandfather, Rebel Eloy Emanis, as fast growing shade for the chicken yard.

One of my favorites and a denizen of many early Southern yards and cemeteries is the fragrant crinum lily. These bold moisture and drought tolerant amaryllis relatives also call Africa home. They are perfectly capable of surviving the standing water of a flood and then an entire summer with no rainfall. Like their rain lily relatives they shoot up showy lily-like flowers in pink, whites, or stripes, following summer or fall rains. In my opinion, there are no better or showier Southern garden cut flowers than the assorted crinums. Some folks complain about their rank foliage, but they probably also complain about the rain being wet and pecans trees dropping nuts all over the ground.

In addition to most of our crinums, other popular ornamentals that hail from Africa are African violets, agapanthus, asparagus fern, cape honeysuckle, gerbera daisies, gladiolus, montbretia, plumbago, and mother-in-law’s tongue. Although not native to Africa, other plants like Cape jasmine (gardenia) and African marigolds originally earned their names in cultivation there.

Probably the greatest horticultural influence Africa has contributed has been in our vegetable gardens. For three of the most important and traditional Southern vegetables call Africa their native home. Southern peas, including black eyes, purple hulls, creams, and crowders were all developed from an African species. This explains their heat tolerance and summer productivity. Okra, which also thrives throughout our blazing summers, is African as well. I like it pickled, boiled, or fried. My Grandmother Emanis used to boil 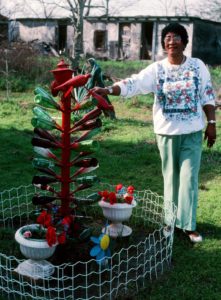 it on top of the purple hull peas. We grandchildren wouldn’t dip any peas until my Pappaw skimmed off his “slimy” okra. For our sake he always made a dramatic production of slurping them down like a baby bird eating dangling worms. Once the show was over, the meal moved on. And still yet, the watermelon, the shear essence of summer, is also from Africa. It was probably originally consumed for its water content but now for its sunshine and sugar.

Some of our Southern yard art even has its origins in Africa. The bottle tree, which has been referred to as “the poor man’s stain glassed window” is apparently from Africa where the first glass bottles were hung on trees to keep evil spirits away. Where I come from, most of the evil got their spirits from inside a bottle. The first pre-Felder Rushing bottle tree I ever saw was in an abandoned garden near Crockett. The second was near Caldwell. Original vernacular yard art is always a visual treat.

Even much of my favorite music can trace its tune to Africa including boogie woogie, blues, gospel, jazz, and rock and roll. Music and nature are two things I can’t live without. And we can’t forget the banjo, an African invention using a native gourd.

Whether cutting hay, cutting flowers, or “cutting a rug,” we are all African.