What is that on my Sago Palm??? 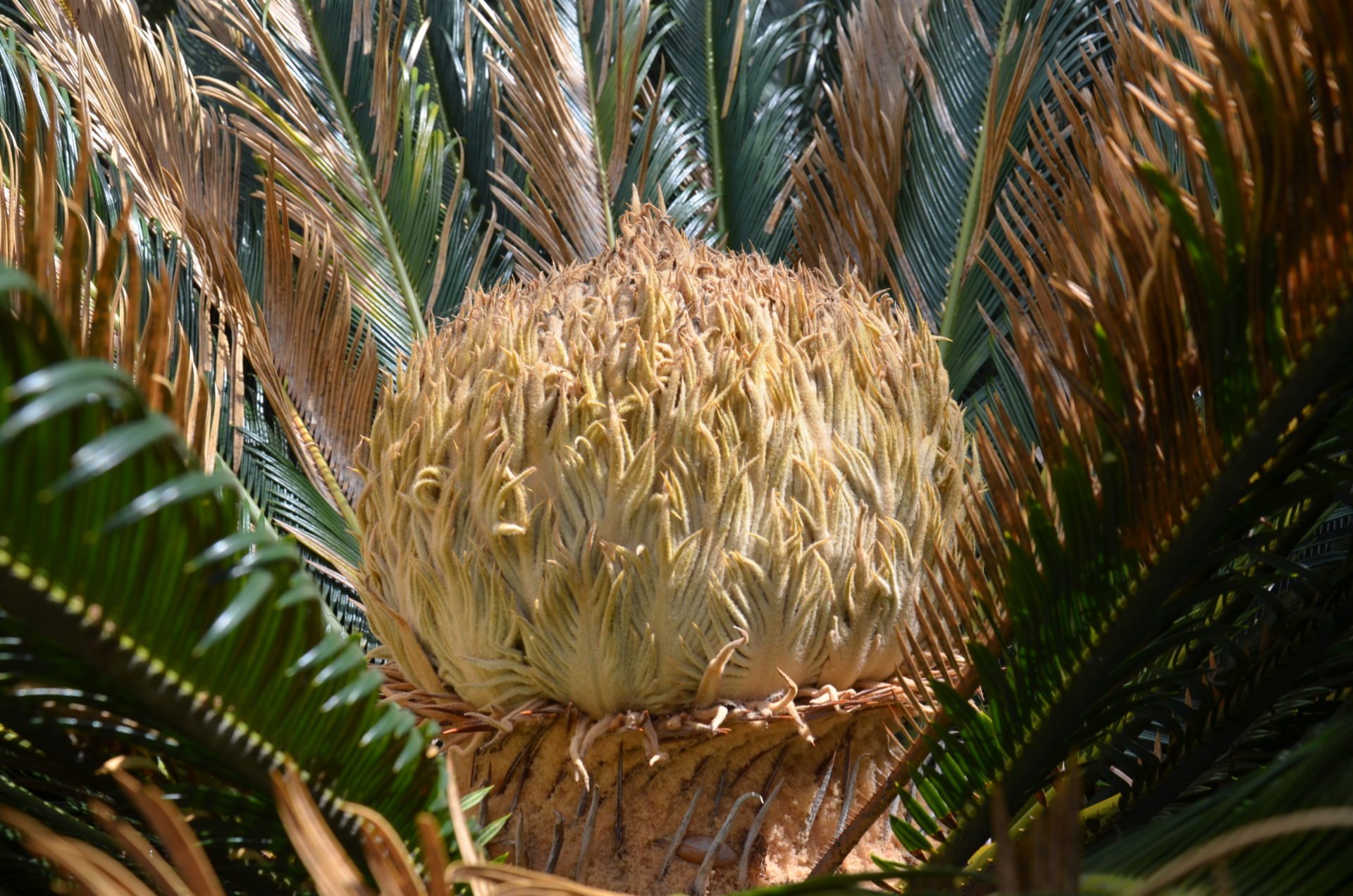 We are seeing more fruiting and cone bearing with our beloved cycads than ever before; either because of the long cold winter and/or more plants have become mature enough to fruit. As you have noticed there are two different types of cones; Tall slender cones that last 7-14 days then shrivel and dry up and the short, fat, round cones that persist for 10 months or more on the plant. The fruiting cones illustrate the sex of the plant whether male or female and sex of the plant can only be determined by the cones. You can’t look under the leaves and determine sex! 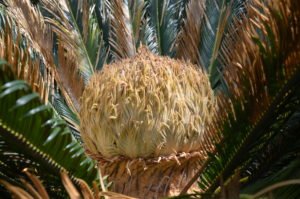 The tall slender cones, you guessed it, is of course, the male which produces pollen to fertilize the female cone on the female plants. The male cone persists for 7-14 days and can be cut off or removed from the plant once it reaches its peak. NOTE: The cones do not come up out of the center of the caudex (growing tip), they are offset just a bit making it easier to remove the male cone.

The short round fat cones belong to the female which produces the seeds for the continued longevity of the plant. While these plants are in the coning phase, they will not produce fronds (leaves) as all the energy is directed to forming the cone. The female cones persist for months and drain the plant of its energy growing the seeds; you could call the female plant “pregnant”. The seeds develop into grape-like size and are surrounded by fur/hair. Now if you don’t want the toxic seeds around puppies or children, you can cut the female cone off the plant, slicing as close to the trunk as you can get it, remove and throw away.

The winter brown and/or green fronds (if it doesn’t freeze) should be completely removed every year as this reduces infestations of snow scale, black scale and mealy bugs that can attack the plants. Complete frond removal also gives a fresh look every season, activating plant growth and increasing the height of the trunk.

So where and how did the Sago come to us? The Cycas revoluta is the most cold hardy cycad from the Kuyushu Province in Japan that grows on the northernmost rock face. In 1993 over 110,000 plants were exported for the nursery industry and over 3,000,000 “palm leaves” were exported to US for cut flower trade. 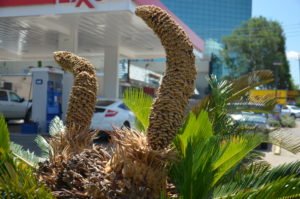 NOTE: CYCAS REVOLUTA – CYCAD – SAGO PALM (NOT REALLY A PALM) ARE ALL NAMES FOR THE SAME PLANT WHICH IS VERY TOXIC TO HUMANS, PETS, AND LIVESTOCK. ALL PARTS OF THE PLANTS ARE POISIONOUS BUT THE SEEDS HAVE THE HIGHEST LEVEL OF CYCASIN POISION. Also you do not want ever breathe or get the male pollen in cuts or eyes, wash your hands after handling any parts of the plant. I have heard many expensive horror stories with vet bills and puppy death.