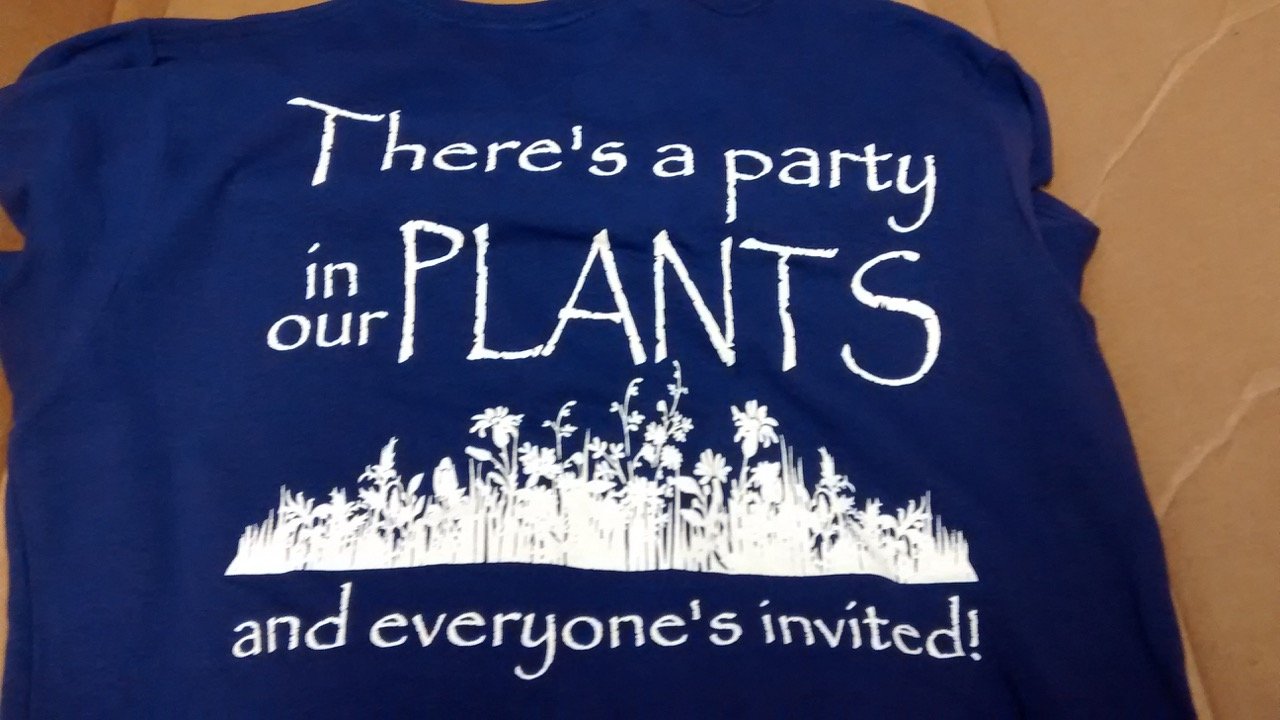 As you already know, spring and fall are the two busiest times of the year in the gardening world. If I remember correctly, in the nursery world, around 75% 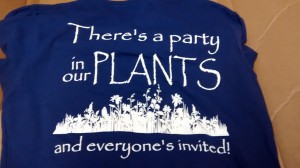 of the business is in the spring with about 25% in the fall. They naturally starve to death during the other seasons. And if you’d asked me before this past October which was busier, spring or fall, I would have probably said spring. But I’ve officially changed my position and want to go on record as saying October is the king of busy in the Texas gardening world. I suppose it’s mostly because it’s our first true autumn month after our annual blistering summers. But perhaps a little credit goes to our small but deep rooted German heritage in Texas. Everybody in Texas seems to love an October celebration.

My October started out with our annual SFA Gardens fall plant sale at the Pineywoods Native Plant Center in Nacogdoches. The weather was perfect and we had a good sale. This insures I can hire student labor and purchase supplies to run the garden until our next big sale in April. Our sales are a major undertaking as we grow, label, price, and haul out up to 500 different kinds of plants onto the grounds for a single day. Some years I’ve ended up in a wheel chair. 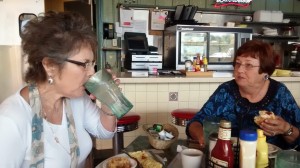 This year I managed to survive with only a cane!

Next on the agenda was our monthly SFA Gardens lecture series in where friend and fellow Texas Gardener writer Patty Leander entertained a healthy crowd with her enthusiastic knowledge of vegetable gardening and proper nutrition. Her ever helpful husband, and photographer, Bruce made the trip with her. Unfortunately they didn’t get to stay long and had to dash back to Austin without us getting to play. As Jay White did, Patty gave everyone in attendance a copy of the Texas Gardener magazine to whet their appetite. I’ve been writing for them for over a decade. Nobody ever gave me a box of free magazines to hand out!

The second weekend of the month had me in St. Francisville, Louisiana with my buddies William C. Welch and Chris Wiesinger speaking at friend Neil Odenwald’s 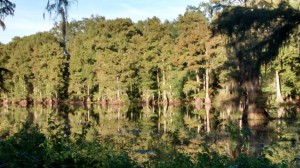 annual Southern Garden Symposium. It’s one of my favorite garden symposiums in the country in one of the most charming areas I know. My mom, her best friend Mary Beth, and our cousin Pam, made the trek with me. Of course I stopped by Kartchner’s in Krotz Springs for cracklings on the way and a fresh supply of tasso and boudin on the way back. I don’t take trips to speak. I take trips to eat! I don’t eat breakfast but since cousin Pam was about to birth a cow on the way back, we stopped at Kings truck stop in Port Barre where they all three proclaimed their breakfast outstanding with omelettes that included shrimp, crawfish, or andouille sausage. I pulled out my boudin and was served the best coffee I’ve ever had in my life. I’m sure it was Community (the state coffee of Louisiana) but will go to my grave trying to figure out which blend. I just took up coffee drinking in the last year and have tried to substitute it for my addiction to high quality dark chocolate. They both come from beans you know. That makes them vegetables!

The next week I spoke at the Native Plant Society of Texas state meeting at beautiful Caddo Lake near Karnack. I dearly love baldcypress trees so it was healing just to go soak them in. I immediately dashed back for our annual Emanis reunion in Center where my Papaw’s sisters kept me entertained as usual. 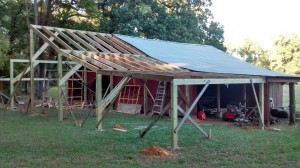 Next was a talk at the Tyler Rose Garden, my birthplace. OK, I was born in Tyler, NOT in the rose garden! We actually lived in nearby Troup where my dad was the high school band director. Tyler was the nearest hatching facility.

And since I’ve let things get a bit scrappy in Arcadia, the final week of the month started a flurry of repair and restoration activity around my old home. I’m adding an addition to the back of my barn so I can park my tractor, Gator, and zero turn mower (none of which I own!) plus having it repaired, painted, and re-roofed. I also had several rooms in the house painted as they were a bit too rustic and hard to clean plus my two old pianos tuned. The piano tuner from Nacogdoches has long since quit explaining to me that the tuning would last longer if I had central heat and air. I told him my great grandmother’s piano had NEVER experienced central air and wouldn’t even know how to play if it did. Yes, I’ll eventually break down and give in. I’m also waiting for my fence building man to come put up a new fence around my larger veggie garden/chicken yard.

October is a great gardening month where cool season plants awaken and spring to life. It’s also the final hurrah for warm season crops. Thanks to a prolonged summer dry spell my oxblood lilies and red spider lilies made their main appearance this year in early October. I dearly love their annual life 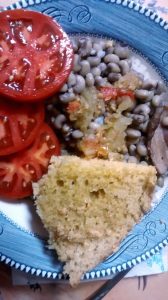 giving show. My Tycoon fall tomatoes have been a huge hit along with my second crop of squash, cucumbers, and purple podded pole beans. My dad proclaimed the fall tomatoes the best ever, but it seems like he says that about all fresh tomatoes I bring him. Unfortunately Halloween night found me dragging large sheets of plastic around to help protect them from an early frost. Our average first frost is November 15, but out in the country where I live I generally have to contend with one several weeks sooner. The tomatoes have put in their time, plus I picked all the red ones just in case. But the purple “green” beans are just hitting their stride so I hate to see them go. I should have put them out several weeks sooner, but like ice cream, things that don’t last are even more special. Until next month, celebrate something, but don’t invite me! -Greg