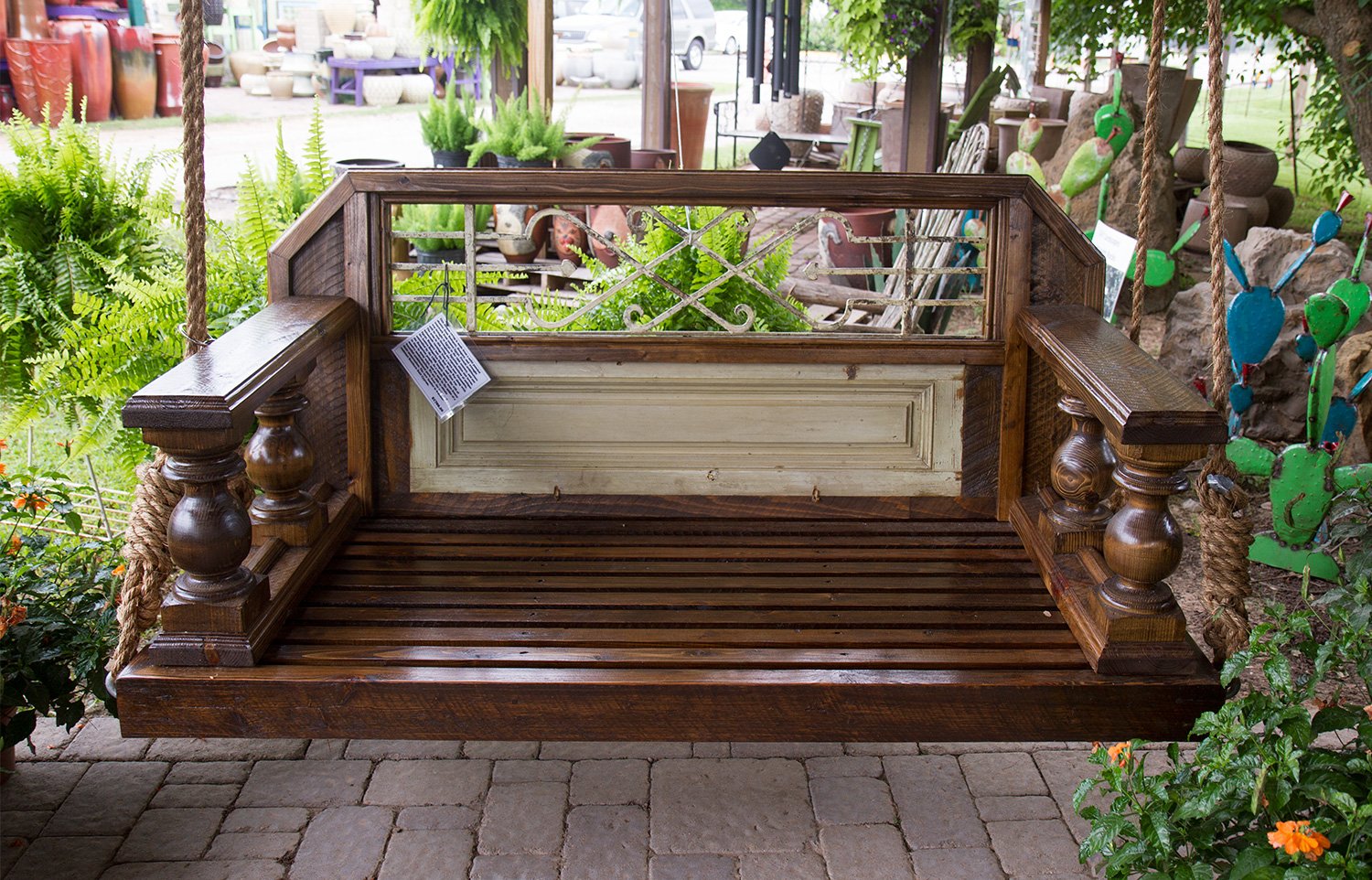 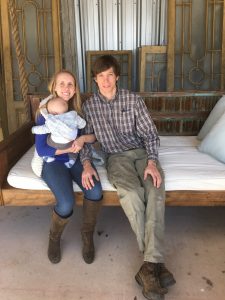 The Arbor Gate is now carrying pews and swings from Luke Phillips. You really have to see these in person to see how amazing they are! It’s clear that Luke loves his work. He builds with antique architectural salvage for accents, and some new lumber for structure, mostly Southern Bald Cypress.

Pews
This pew-style bench is made with a door from a French political colony in Alexandria, Egypt. The French colony dates from the construction of the Suez Canal, before the English secured political control over the important trade passage and Egypt as a whole. However, French architecture remained popular for more than a century and can still be seen prominently in parts of Egypt. The structure is weather-resistant Southern Bald Cypress. 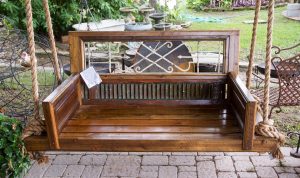 Swings
This unique swing is made from a solid paneled shutter from Budapest, Hungary, and wrought ironwork from coastal Egypt. French architecture was brought to Egypt in the 19th century, and can still be seen throughout Egyptian cities and towns. The arms in this swing are reproductions of antique balustrade turnings from a town near Alexandria, Egypt. Hungary lost the first World War along with the Austro-Hungarian Empire, and then was controlled by the USSR largely against the will of the Hungarian people. As a result, they were frozen in time in many ways, and are now in the midst of a massive modernization. We are able to obtain beautiful architectural parts from the salvage of their construction. The new lumber is weather-resistant Southern Bald Cypress.

This swing is made with an antique shutter and ironwork from coastal Egypt. The shutters cover 8-10 foot French doors, and are solid for the first 2-3 feet from the ground, to keep out the blowing dust. So the arms of this swing are made from the solid panel bottom, and the back is accented with the louvered top. The ironwork is from transoms that sat over the doors in classic French style, just as you can find anywhere the French colonized: from New Orleans to Africa, Asia, Oceania and South America. The new lumber is weather-resistant Southern Bald Cypress. 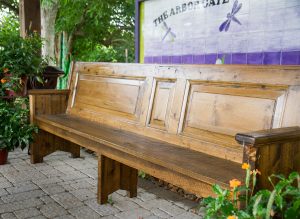 This swing is made with accents from coastal Egypt and crafted here in our shop. I hand-cut the supports in the arms from Southern Bald Cypress, and the molding between it is the antique astragal from a pair of French doors. The ironwork is the transom insert from above the doors, and the louvered shutter panel was part of a protective set that folded over the exterior side of the doors. The new lumber is weather-resistant Southern Bald Cypress.