It’s been a laid back cool season garden this year. We’ve had relatively mild weather except for three morning freezes in March. Rainfall has been excessive at times, but I’m hesitant to complain too loudly because most of the crops have produced enough that we’ve had plenty to share. 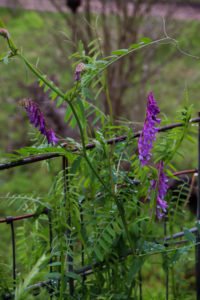 We’re testing new cool weather cover crops including Purple Top turnips, Hairy Vetch and field radishes (an open pollinated daikon) to cut down on pests like root knot nematodes while adding organic matter to the soil. In the case of the long white radishes (op daikon), we may even benefit from some soil aeration as the roots break down in the heavy clay that’s the base for most of our garden. After cutting off the tops, the majority of the 12-18 inch root will remain in the ground. The tops will be composted or used for mulch between the rows. Bees and a few butterflies seem to love the blooms so I’m delaying complete removal for a while. The turnips are edible but not nearly as good as the Asian Mikado White turnips. The vetch is so vigorous we’re concerned it may be our new weed but the flowers are pretty and it chokes out weeds.

We did grow a lot of radishes this year. Bravo purple radish and Sweet Glade Korean were perfect to peel and cut into 1/8 inch slices for hummus dippers (no doubt Martha beat me to this idea). They can also be chunked up for some “radish snap” in a salad. We also had smaller red, pink, purple and even yellow radishes.

We had some beautiful lettuce in the CS garden this year. One of the best was a blend of French varieties from Renee’s Seed labeled Blush Batavian (Carioca-red, Soprane-light green wavy/crisp and Rossia-green with red edges). Ruby Gem romaine was another lettuce that was gorgeous in containers and in the flower beds-it’s crisp and delicious in salads too. 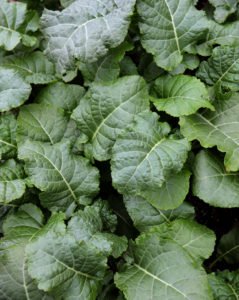 We also had lots of greens! Kale in abundance was planted, of course-both the smooth leaf (Dinosaur kale) and the crinkly type (Winterbor). Amara mustard (Texsel) greens, Green Flash collards, Red- Streaked mizuna and Spicy Greens (small crinkly leaves were super in salads) plus a plethora of Asian greens made for pleasing patches of green in the typically dull winter landscape. They made great stir-fry ingredients, too. Kitten spinach with beautiful red veining must be good, the bugs seem to like it every bit as much as the plain green spinach. In fact, the spinach is so popular we haven’t had any to add to the salads! Red-Streaked mizuna makes a spiffy edging for the cool season garden and the tender shoots add zing to a salad. In late winter the small flower heads are also delicious in a salad. We even had a couple of rows of King Richard leeks. They require a sturdy spading fork or you may break off the base of the plant trying to pull them out. You will see white mulch in some of the photos. We have a lot of shreds and they help to keep down the weeds. Just water them after spreading (actually they don’t blow around much anyway) and cover with a bit of bark mulch to keep the Homeowners Association happy.

I’m back to grafting tomatoes again this year. Since resistance to root-knot nematodes seems to be the main requirement in our garden, I’m using Big Beef and Valley Cat hybrids for rootstock. Both provide multiple resistance to soil born diseases/nematodes and the seed is less expensive. These seeds are also more readily available compared to specialty rootstock hybrids like RST-04-106-T. I’m using a straight, not slanted, cut to connect the stems since it is easier to match them up in the tomato grafting clips (be sure the stems are close to the same diameter), and I’m conditioning the grafted plants in a humidity chamber. The first few days they’re kept in a dimly lit bathroom, but I 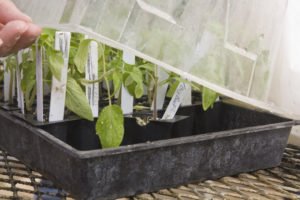 have a new bank of LED grow lights that will be used to “bring them along” until they are ready for gradual transition to full sun. Misting the chamber 3-4 times a day for the first week or so is mandatory. In addition, our small greenhouse is full of transplants—80 tomato varieties (so far), 15 peppers and 3 eggplant varieties. We can’t wait for the first BLT (bacon, lettuce and tomato sandwich on Asiago cheese bread), Pico de Gallo and eggplant parmesan casserole.

My wonderful wife Deb is planning to retire later this year (she is, of course, the “we” in my blogs). What should I get her to celebrate the occasion—a self-propelled tiller, a heavy duty line trimmer, a shiny new wheelbarrow-maybe throw in a wide-brimmed hat and a pink jump suit with matching garden boots?? She is also my in-house editor and this may be one of my “too funny” comments that she attempts to edit out. I’ll have to veto her concerns and convince her that I need some input. 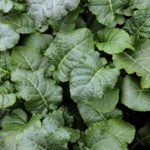 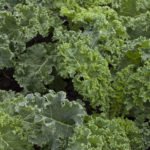 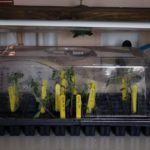 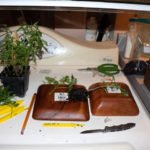 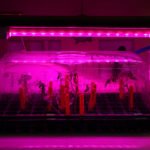 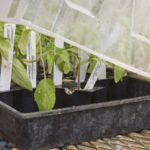 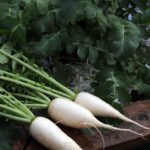 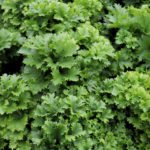 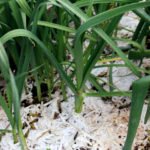 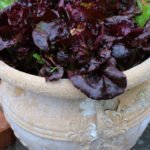 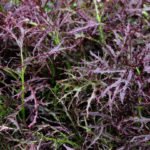 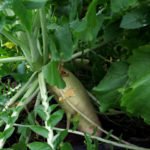 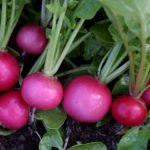 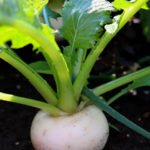 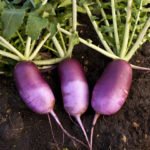 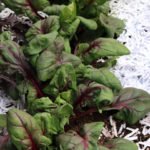 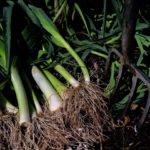 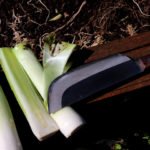 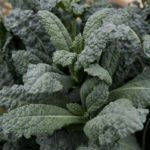 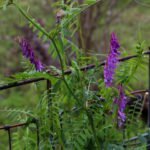 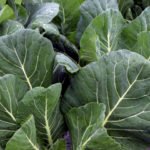 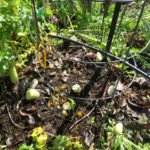 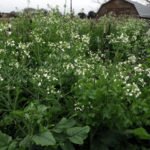 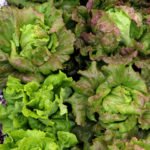 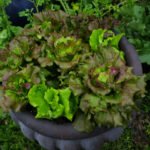 Bill, I received some onion bulbs (scallions?) from you after a class at Arbor Gate last Fall. I planted the onions in October and they grew until Spring. I had to harvest at that time to prepare my Spring garden. These onions generated bulbs at the top of the onion stalk. Can these bulbs be used to start new plants? I've seen onions go to seed at the top, but not generating new bulbs. What kind of onion might this be?