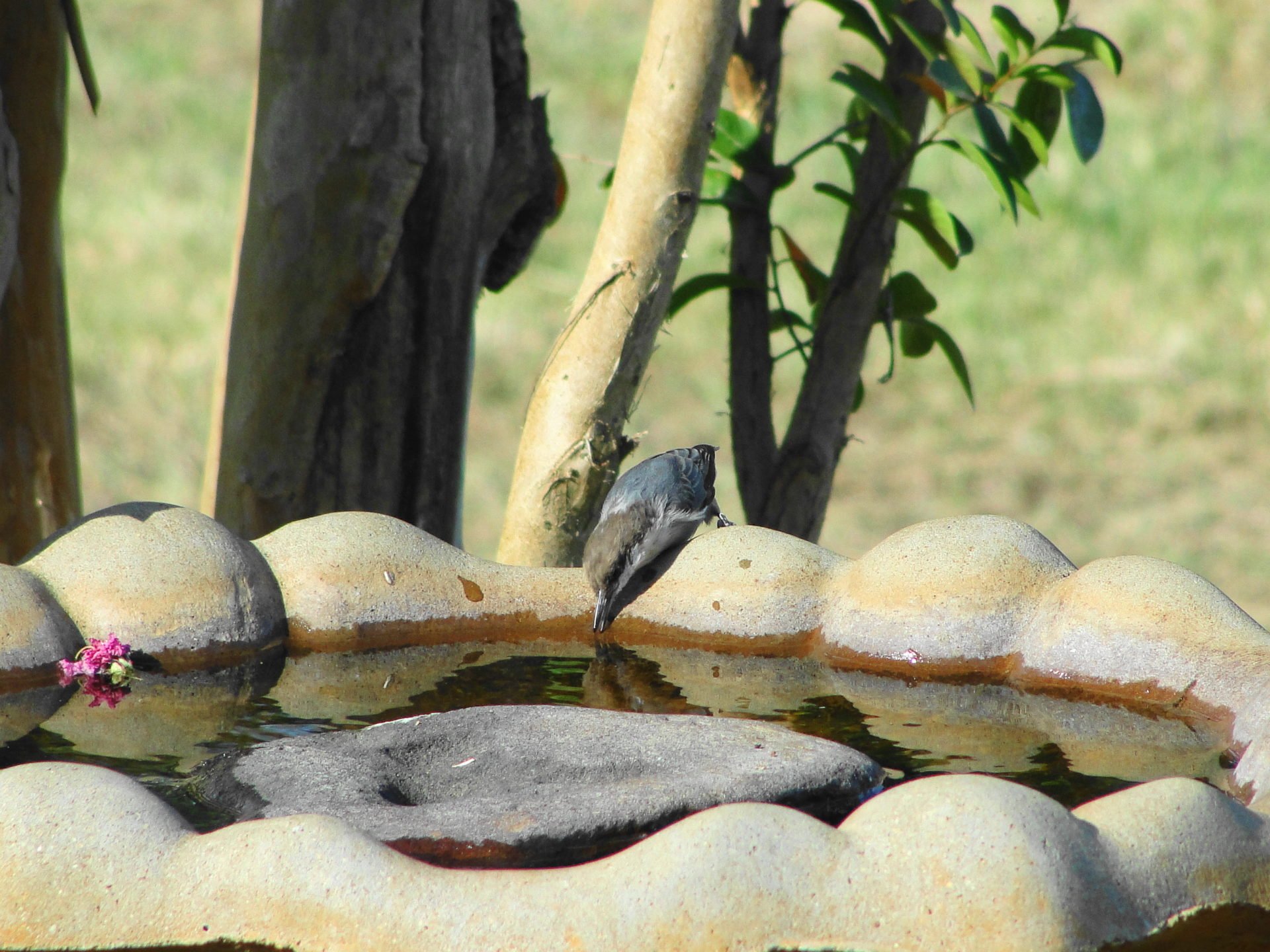 I have to say, the month of September started out on shaky ground, literally. While at my parent’s house for the Labor Day holiday I had the unfortunate experience of dealing with two more earthquakes—in the same day! I was doing some dishes for my mom when the first one jolted me into the kitchen sink. My mom didn’t feel it but heard it. I thought maybe there was an explosion in the area and immediately checked the internet for the latest news. It took the U.S. Geological Survey about 5 minutes to come out with the news of a brief 4.1 magnitude quake in nearby Timpson. Just two hours later while checking e-mail on my mom’s computer, there was a second 4.3 quake that lasted about 30 seconds. The whole room literally wiggled around! They are most likely from the injection wells 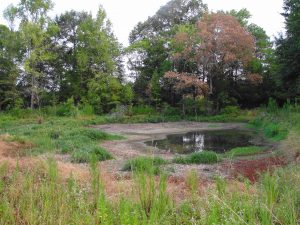 outside Timpson and shouldn’t ever be severe. They certainly are a nuisance however and I did notice that both of my restored dogtrot brick chimneys are cracked.

Our severe drought went into its fourth month with less than an inch of rain during that period. Smaller ponds continued to dry up and numerous trees started to die. I was beginning to think it would never end. It did however drive numerous birds to my bird bath including my beloved brown headed nuthatches. They are cute, cute, cute!

The drought unfortunately delayed planting my fall garden, delayed the burning of my timber harvesting debris, and caused my fall bulb tour to be a fall bulbless tour! I did have sixty pleasant 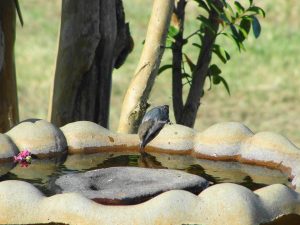 and forgiving folks show up to tour the house and what bulbs I managed to coax from the ground with a sprinkler.

Thank goodness a good rain finally came. Thanks to a tropical system in the Pacific, a tropical wave in the Gulf, and a cold front from the north, we received a lifesaving four inches. The ground soaked it up like a sponge with hardly a drop running in the ditches or streams. Three days later my oxblood lilies and rain lilies made a glorious show which will soon be followed by red, white, and yellow spider lilies. The rain also lifted the county wide burn ban allowing my piles of timber debris to be burned in order to make room for my longleaf pine planting this winter. It also resurrected my little front garden and made it look presentable again. The ever-growing numbers of hummingbirds are certainly enjoying the fresh flowers, especially the pink Turk’s caps.

I attended Bill Welch’s public program on heirloom plants in Lufkin on September 16 and signed books with him. I also spoke at his Landscape Design Study Course in College Station on my new 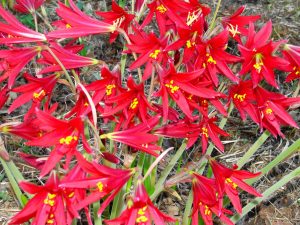 plant introductions and signed more books for the nice crowd there. While there I got to visit with old friends Cynthia Mueller (and her dog Sadie) from College Station and Neil Odenwald from Baton Rouge.

Acer, Ilex, and Lizzie are getting along fine but keep me hopping carrying them around, making sure they share their food, and making sure I don’t step on young Lizzie (or slam the truck door on her head like a did Miss Ilex). My mom did manage to run over Lizzie’s foot with the four-wheeler and kept her limping for a week. Rat terriers have delicate legs and features so I have to be more careful with them than I do with the Jack Russells. My last rat terrier had her leg broken when one of the JRT’s bit her!

Thanks to the rain and hopefully approaching cooler temperatures I can move on with my fall garden out back. I already had Tycoon fall tomatoes planted, keeping them going with drip irrigation. Unfortunately I was two weeks late getting them planted as the first of August was the earliest my friend Bill Jobe could pick them up for me from Dr. Parsons in San Antonio. The first of August is ideal for them down there but the second week of July is generally the cutoff for fall tomatoes up here. They are full of small green tomatoes but it will be a tight race for them to ripen as they do 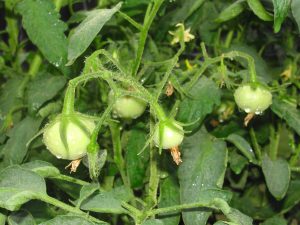 so much slower as the temperatures cool. November 15 is our average last frost here which of course means the end of fall tomatoes and other crops that aren’t frost tolerant. We all know that date can vary weeks either earlier or later.

I also have purple podded pole beans planted on the fence but a pesky rabbit is munching on them while the dogs and I are away. It reminds me of John Travolta and his pesky garden rabbit in one of my all-time favorite movies Phenomenon. Despite his incredible intelligence, it turned out he had locked the rabbit inside his garden. I have cucumbers planted along the fence as well, but need to find some dill transplants to put out so my mom can make her refrigerator pickles the family likes so much.

I planted cabbage transplants and multiplying onions several weeks ago and just seeded my spinach this past weekend. I can’t eat lettuce for some reason but love fresh spinach as an even 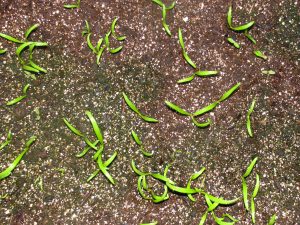 healthier substitute. I will turn my strawberry bed into an herb bed and plant snow peas in place of the raspberries which were plagued with anthracnose and greedy birds.

This week at work will be one of our busiest of the year as we begin moving plants out for our big October 5th plant sale. It’s imperative we do a good job as our plant sales are our main source of operating funds for the 43 acre SFA Pineywoods Native Plant Center where I work. With the help of part time student labor we grow all the plants ourselves and feature native plants, heirloom plants, and my new introductions, along with the incredible array offered by the SFA Mast Arboretum. By the time the sale is over Saturday I’ll be worn to a frazzle and will be ready to take the next week off for vacation. It’s a great time of year and I’ll spend it in my garden in Arcadia. I hope you do the same, as fall in Texas is literally our second spring. Until next month, let the planting begin! -Greg