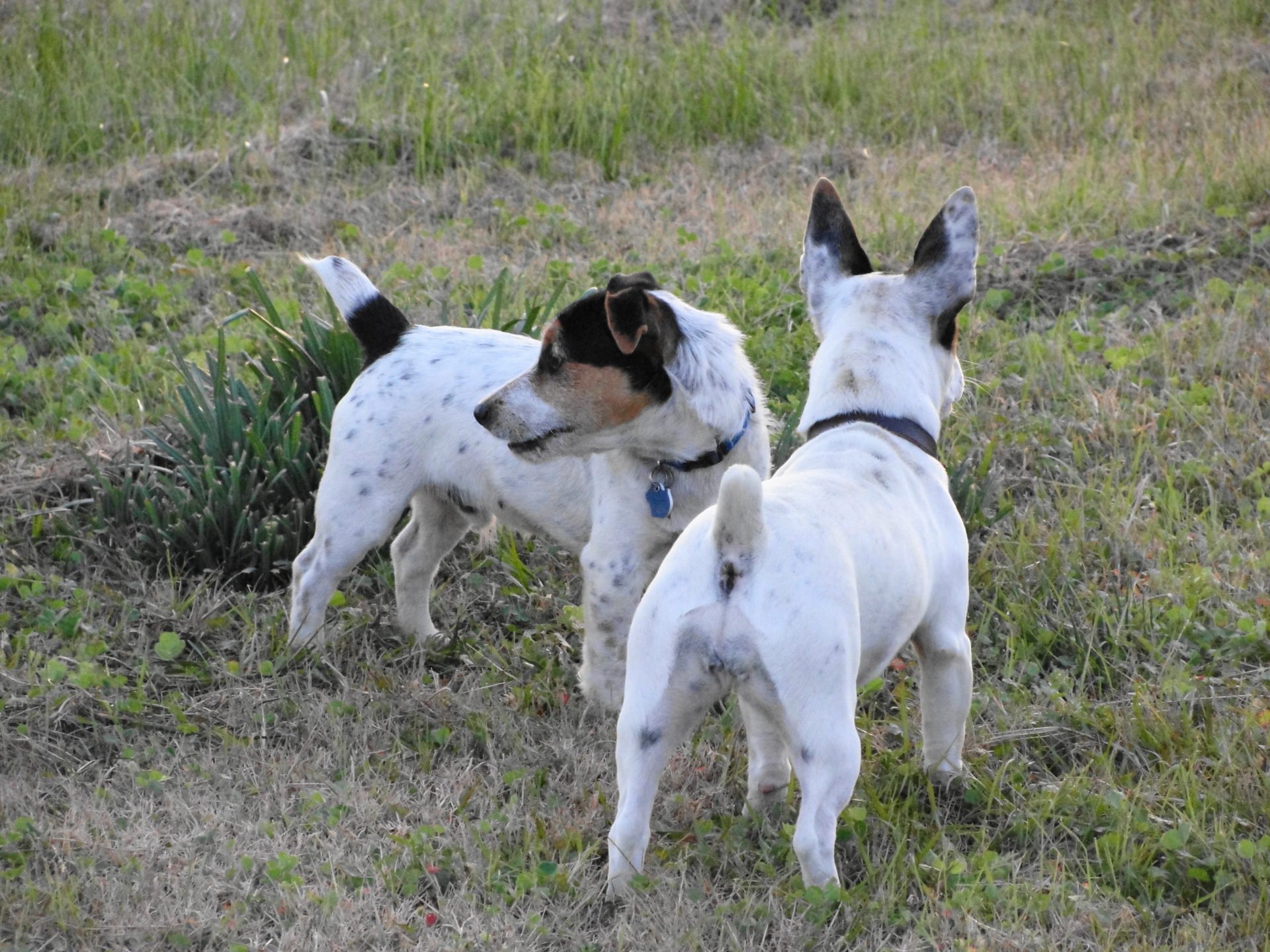 November was another sad month in my little horticulture world as I lost another good friend. Ying Doon Moy passed away appropriately on All Saints Day, November 1. Although he humbly went by “Mr. Moy,” he was actually an accomplished PhD plant breeder back in China. He grew up in a 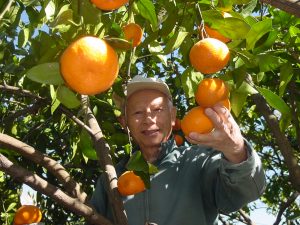 village near Hong Kong and arrived in San Antonio in 1980, taking a lowly gardener position with the San Antonio Botanical Garden. I first worked in San Antonio as the Bexar County Horticulturist with the Texas Agricultural Extension Service in the late 80’s and later as Director of Research and Development with Lone Star Growers, a large wholesale nursery. Even later, I actually worked at the San Antonio Botanical Garden for a bit. Mr. Moy was always an enthusiastic teacher and an ever-cheerful friend. He was a tireless plant breeder with many new plants to his name, including papayas, roses, citrus, gingers, and hibiscus. He is most noted in the horticulture world for the last two but soon will be for his Satsuma mandarin-Changsha tangerine crosses that will be on the market before long in Texas. They have the potential to push home citrus production one zone farther north in the South. I actually had a hand in his most famous production, the Moy Grande hibiscus.

At one point, Mr. Moy was breeding perennial rose mallow hibiscus for a smaller more weather tolerant blooms. When he showed me his seedling crosses between Hibiscus grandiflorus and Hibiscus moscheutos, I couldn’t help but notice a giant among them. When I told him how impressive it was, he explained how it was too big. I tried my best to let him know that nothing was too big for Texas. I called my colleague and mentor Dr. Jerry Parsons over to take a look and naturally he took cuttings back to Peterson Brother’s nursery and rooted them. And without one peep of Mr. Moy’s permission, we proceeded to both name and introduce his behemoth creation. It was later named a Texas Superstar and thanks to my boss Dr. David Creech, is even being used on roadside plantings in China. I also used one of Moy Grande’s light pink sisters (crossed with “Blue River II”) to create a showy large-flowered pink hibiscus named “Jackie Grant” for my momma. I didn’t name it, by the way. Friend Sue Ripley, former owner of Naconiche Gardens, did as she thought it was high t ime my mom got some credit for something. My general rule is that I only name plants for people that are deceased, that I admired, and that didn’t ask for a plant to be named after them.

While the family was burying Mr. Moy, I couldn’t help but hear my beloved bluebirds warbling in the cemetery. A luminous male even landed in the live oak branch nearest the grave. As I left the graveside service, I retrieved my binoculars from the truck and noticed a large Chinese tallow in the cemetery literally full of bluebirds eating the seeds. Now I know my pretty little friends are partially responsible for spreading this invasive nuisance around./ Despite its devastating effect on the Texas landscape, I will always think of dear Mr. Moy and the grieving bluebirds when I see one in the future. 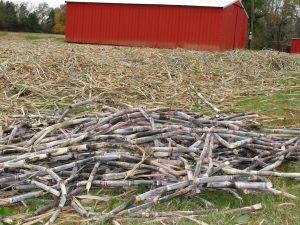 I spent most of the month getting my sugar cane harvested. In my opinion it’s the most labor-intensive crop on the planet. When the days get cool and short in the fall, the cane sweetens. It then must be cut, stripped, and loaded before a hard freeze comes along and spoils it. Rum is made from fermented sugar cane by the way. Though I generally sell a few stalks for chewing to folks passing by, most of mine goes to making ribbon cane syrup. My great grandparents, Miss Dee (“Big Momma”) and Jake Smith, had a syrup mill in Arcadia so I try my best to keep up the family tradition. My dad’s not much on flowers and gardening but sure likes his ribbon cane syrup over biscuits. My mom also uses it to make her famous baked beans and I use it to make BBQ sauce and even put a tablespoon of it in with my yeast when making rustic Italian bread. 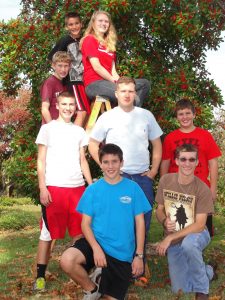 the lone niece. It was quite a zoo but they all had a good time and of course my mom fed us until we all rolled around on the floor.

My good friend Cara Day from Spring says I say “of course” way too much, so of course feel free to ignore them. Of course she’ll be made that I not only refuse to stop but somehow find a way to add even more…of course. She was kind enough to proof my new In Greg’s Garden book (Texas Gardener Press) finding all sorts of typos and mistakes. It’s being printed now and hopefully will be out before Christmas. It will be available from the Texas Gardener magazine website and Arbor Gate Nursery. When one lives in a rural county that doesn’t (can’t) read much, one doesn’t get much feedback on his mistakes. Cara has now put my hillbilly grammar on notice. 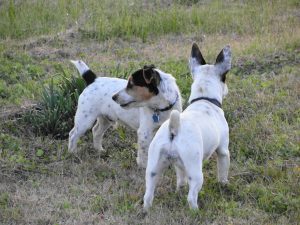 Acer and Ilex continue to dominate home life. It appeared I was going to have to find Ilex a new home as she’s so possessive of me (and everything else she has) that she was beating up her sweet brother on a regular basis and not allowing him to even sleep on the porch with her. After cutting an armload of fresh native bamboo switches that match the size of her little bottom, things have dramatically improved. She may be deaf but she’s not dumb. They just turned six months old and are already enthusiastic hunters. Their main job is to keep deer and hogs out of the yard, rabbits, squirrels, possums, and raccoons out of the garden, and to bark at strangers pestering me.

Thanks to some large sheets of plastic, I’ve kept my tomato and pepper production going past our repeated November frosts. Apparently I live in the coldest spot in the state. The fall tomatoes were a big hit. All my unprotected warm-season herbaceous plants are frozen back but my cool season crops are happy as can be. We are now dining on turnip and mustard greens, spinach, cabbage, kale, and delectable snow peas. Broccoli should be next. 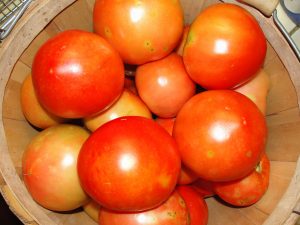 Like it or not, I reached the half century mark on November 1. I’m not sure when I first started gardening but it won’t be long before I can say I’ve spent fifty consecutive years in the dirt. Hot or cold, I’ve enjoyed every minute of it. Until next month, enjoy the change of seasons and fall color. Ours is pretty nice up here. -Greg