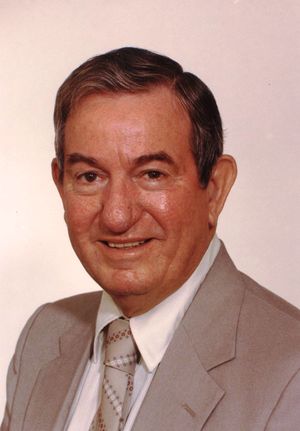 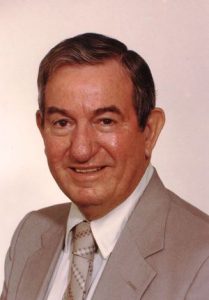 It was January 1985, the day before I was to start graduate school at Stephen F. Austin State University, when I received a phone call from Dr. William C. Welch and his boss Bluefford Hancock. Both were College Station horticulturists with the Texas Agricultural Extension Service; Bill a landscape horticulturist and Bluefford the project leader who loved pecans. They wanted me to move to Dallas and take the horticultural clerk position with the Dallas County Extension office. It would be my job to answer all the gardening questions that were phoned into the office. This was before Master Gardeners came into being and took on that daunting task themselves.

I met Bill several times as an undergraduate student but not Bluefford Hancock. If I had picked up a dictionary and looked up “old school,” his name would have been in the definition. He was part colonel, part preacher, and part sage. He often spoke in “Bluefford-isms” and when he spoke, you listened. He was authoritative. So when he said it would be good for my career and in my best interest to take the extension job in Dallas, I did. It would only be temporary and I would start graduate school at Texas A&M that fall. 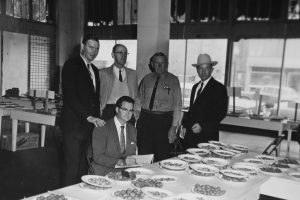 While talking to the Dallas office on the phone, they said it was absolutely imperative that I start as soon as possible and it couldn’t be done without a checkup and clearance with the Dallas County Health Clinic. There was a two week wait for an appointment and I was told DO NOT MISS the appointment as they wanted me there ASAP to start answering gardening phone calls. Naturally I had no idea how many phone calls they were talking about and how insane they could drive one individual trying to handle them all.

I was to live in the same apartment, sight unseen, on Park Lane where the previous temporary employee had lived. I would drive up alone in my Honda Civic and my parents would haul my belongings a day or two later in a horse trailer. I had moved off to College Station alone and was an independent sort, so I wasn’t afraid of the change. I had never driven in Dallas before so that did scare me a bit. Naïvely, I didn’t realize how afraid I should be, for when I headed out of Longview the day before my not-to-be-missed appointment, a huge blizzard arrived. Remember 1984-85? Wasn’t that one of those winters when we got down to zero degrees? It must have been, because I answered a million questions in Dallas about frozen live oak trees with the bark popping off of them. 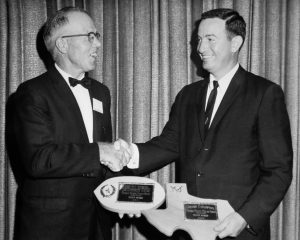 I literally drove my front wheel drive Honda Civic past wrecked cars and jack-knifed 18-wheelers through snow, ice, and periodic pouring frozen rain to get there. I would stop every 30 minutes to chisel the two large blocks of ice off my windshield wipers. When I finally arrived in Dallas it was covered with a thick blanket of snow. I managed to find my way to Greenville Avenue where I lost control of the vehicle and did a 360 and ended up on the sidewalk. Luckily all but the horticulturally insane were locked away in their warm homes. I steered back onto the street and eventually found Park Lane. The apartment was located on the right, but by the time I noticed it and put on the brakes I slid all the way to the bottom of Park Lane and had to turn around and inch my way back up the hill.

Thankfully the apartment had heat and water but no furniture, only a prophetic telephone. So I called and made an appointment for an early cab and then slept on the floor. The cab showed up the next morning with chains on the tires. I explained how important they said it was that I not miss this appointment. The entire Metroplex was frigid and glistening white. He faithfully drove me to the clinic and put me out on the sidewalk. I was too stupid to think it was odd that nobody was there. Several hours later somebody showed up and said “What on EARTH are you doing standing out here freezing to death?” I quoted how important it was that I not miss my appointment. They quoted that the entire city was shut down and that I should have kept my crazy ice home. 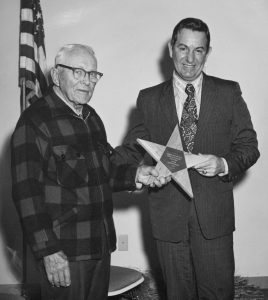 Doctors and nurses finally showed up and tested my frozen carcass for assorted maladies before giving me a clean bill of health. I then called another cab to take me to the Records Building on deep Elm Street where I would be working. Despite the fact that I could see downtown and kept pointing towards it, the cab driver drove me all over Dallas and then took all the cash I had left as payment for the lengthy ride. An elderly lady in the extension office was extremely helpful. She helped me fill out all my job paperwork, showed me around the office, then gave me a bus pass and explained how I would catch the bus each day back to my Park Lane apartment via Central Expressway. This was my first experience with mass transit and I had to walk a street over, several blocks up to catch it.

Miraculously I found my way to the correct bus and loaded up with the rest of the city mice. It took me awhile to realize you had to pull the cord before your intended exit so the bus driver would know to stop there. Unfortunately, the bus went behind my apartment, not on Park Lane. I had only seen the apartment in the evening, from the front, covered with snow, so I had no idea what it looked like or where to get off. At some point, I just bailed out with a crowd and wandered the streets until I found my apartment.

My parents showed up the following day with my ice covered furniture and still talk about how out of place I looked standing in the parking lot in my overalls. They knew me and knew it would only be temporary. 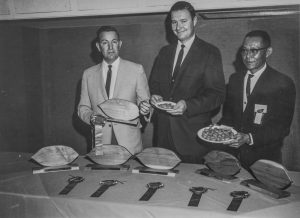 My boss, county horticulturist Stacy Reese, asked me to answer all the horticulture calls and I pretty much did. The only ones I passed on to him were from his snarling ex-wife. The other three lines were all for me. They would be ringing when I arrived in the morning, ringing through my 30 minute lunch break, and ringing when I stayed late to mail out requested educational publications. I averaged around 100 calls per day, most beginning with a chewing out about how long the caller had been on hold. I answered questions from homeowners, lunatics, Dallas Cowboy football coaches, and the Dallas Morning News. When I got back to the apartment I would unplug my phone, never to answer a home phone again.

Goodbye Bluefford Hancock from Stephenville, Texas. You put in an amazing 90 years. Since I was the last one you recruited before you retired in 1985, I can only hope that you thought you were leaving matters in good hands for the future. I’ll be forever grateful for your advice and wisdom. -Greg