From Frozen to Fragrant 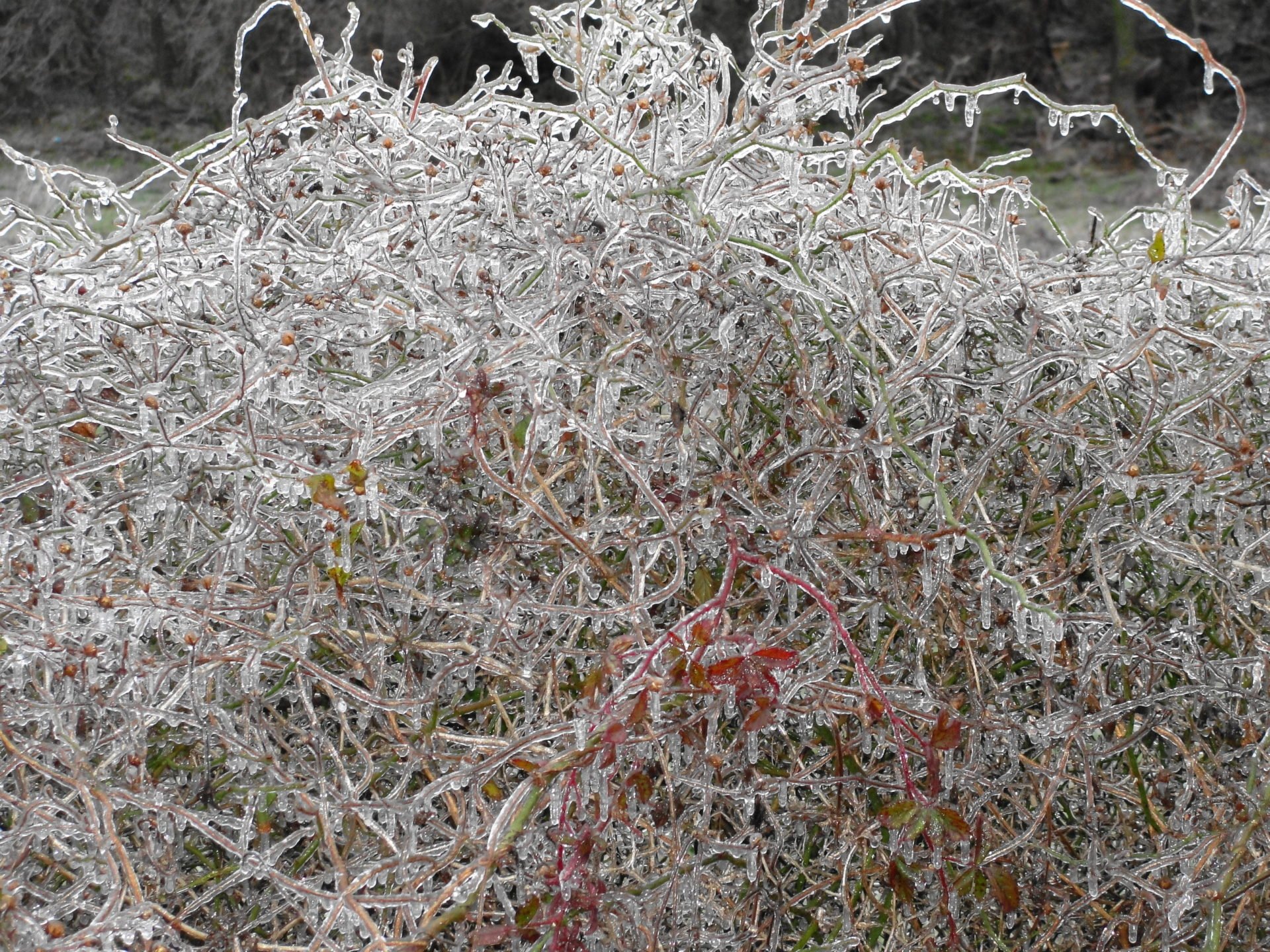 January’s cold weather crept into February. It’s been a number of years since I can recall a “real” winter here but this was one of them. All one has to do is count the number of brown palms trees in my Deep East Texas area for proof of that. For decades now folks here have planted not only California fan palms but even Mexican fan palms and queen 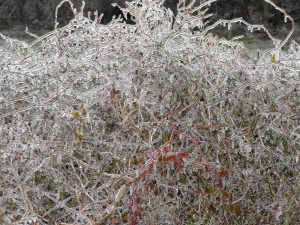 palms. Historically these were not cold hardy here, but there are now California fan palms in Center shading swimming pools with the owners gleefully noting that I said they wouldn’t survive here. Though the leaves are all brown I bet the trunks and buds made it as we didn’t stay freezing for more than several days at a time. Unfortunately the Mexican fan palms and Queen palms are surely dead.

Where January dished out snow, February coated us with ice. Though it made for pretty pictures I could have certainly lived without the road treachery, especially on the bridges and less traveled country roads where I live.

Due to the cold, I suppose, the birds flocked to the feeders at work and home in record numbers. Most of them seemed to be gluttonous goldfinches, which seem to have mostly 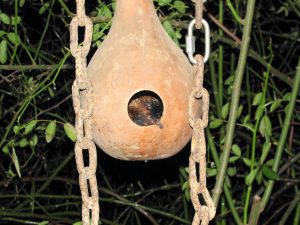 disappeared at my home feeder now. Friend and expert birder Julie Shackelford says they are still here but up in the trees feeding on more succulent morsels. Luckily my sweet and sassy little chickadees, titmice, and brown headed nuthatches can have their place at the feeder table again. A cute little pair of Carolina wrens was roosting on a ledge under my front porch earlier in the winter but the cold later led them to a dipping gourd hanging under my car shed. Each evening when I arrived home I’d carefully check to make sure they were safe and sound. Pound for pound, in my opinion, no bird can sing with the volume of a Carolina wren.

Friend Jay White came and spoke at our SFA Gardens Theresa and Les Reeves lecture series in February. It was the first one we’ve had in our new Ina Brundrett Conservation Education Building. Other than the fact that we had to rent chairs and the paths are dark outside, the program went without a hitch. Jay and I both write for Texas Gardener magazine and thanks to owner and editor, Chris Corby, Jay brought free copies to give to all one hundred in attendance. It just happened to be the issue in which I wrote “To All the Dogs I’ve Loved Before.” Ironically my current article is titled “My Dog Rosie Lives in a Tree.” I bet readers are wondering if I’m a plant person that likes dogs or a dog person that likes plants! 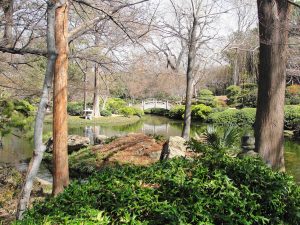 Later in the month Dr. Creech, Dawn Stover, and I attended the annual Texas Association of Botanic Gardens and Arboreta meeting at the beautiful Forth Worth Botanic Garden. It’s the oldest botanic garden in the state and has one of the nicest Japanese gardens in the country. I was particularly enamored with the almost pet-like wood ducks that crowded around hoping for a snack. Here, the native wood ducks are so wild that one rarely catches more than a fleeting glimpse or a shriek of a hen. Many consider wood ducks the most beautiful bird in the country. Being secondary cavity dwellers they historically relied on dead trees and woodpeckers like my darling bluebirds. 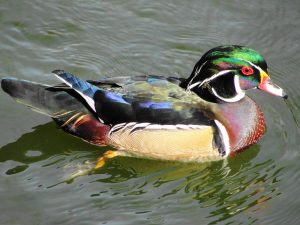 Luckily the weather warmed up rapidly during the last half of February coaxing my multitude of heirloom Narcissus into bloom or bud. While the mid-winter blooms of paperwhites (Narcissus papyraceus) and Italicus narcissus (Narcissus x italicus) are often marred by freeze damage, the lent lilies (Narcissus pseudonarcissus) andcampernelle jonquils (Narcissus x odorus) of February aren’t and have leaped into full show and fragrance. Although campernelles don’t have the showiest flowers, this antique sterile hybrid between a wild daffodil and a wild jonquil is one of the toughest and showiest of its kin for low maintenance landscape purposes. Frankly I couldn’t live without it. Next month I’ll surely have photos of Grand Primo narcissus (Narcissus tazetta ‘Grand 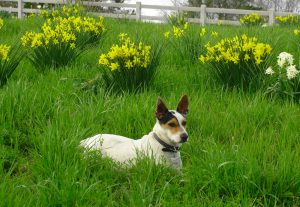 Primo’) and sweeties (Narcissus jonquilla) as they follow closely behind with Texas Star jonquils (Narcissus x intermedius) being one of the last of my spring show. One of my most anticipated yearly highlights is traipsing through the intoxicating spring bulbs with my “insane pack of canine crazies.”

I was worried that spring would arrive without my longleaf pine seedlings being planted, but luckily Acorn Forestry arrived on the scene to get them in the ground during the final weeks of February. The soils aren’t perfect on my site for longleaf but I hope to get a good enough stand for a pine studded grassy savanna. 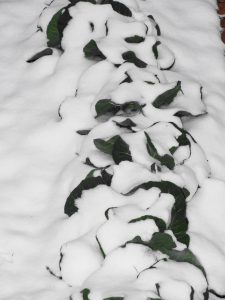 Things are starting to heat up as well in my home garden where I put out transplants of pass-a-long Castroville red sweet peas on my front fence and four different kinds of snow peas on my back fence. I also planted several containers of Irish potatoes and continue to harvest fresh spinach and green onions. I have one row of cabbage starting to make heads and can’t wait for wilted cabbage with bacon or tasty fresh coleslaw. Bought cabbages literally stink compared to fresh ones. Until next month, keep your bottoms up and your hands dirty! -Greg