Bean There, Done That 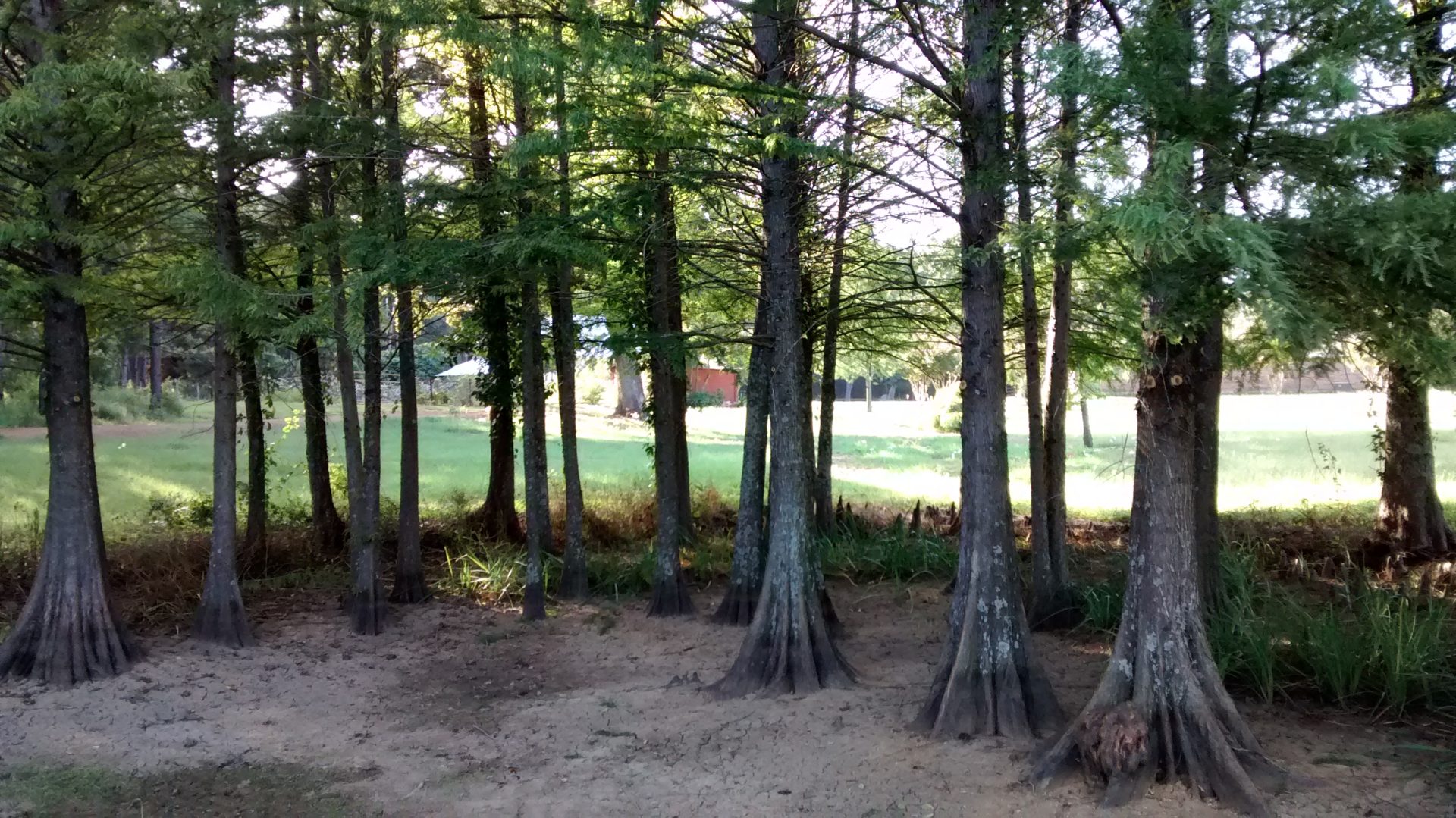 Like any farmer worth his salt, I’m not happy at all!  After all, October and cooler temps are knocking at my door and I still haven’t had any fall rains.  When everybody around me got 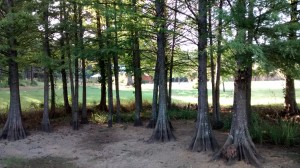 1-4 inches several weeks ago, I got 2/10’s—just enough to irritate the oxblood and spider lilies.  I know it will come, but I’m getting impatient.  My dad was a high school band director in his early years and said that it always rained to break the summer drought by the second or third football game.  Well the third game just passed.  Where is my rain???  My dry cypress swamp, dying grass, and longleaf pine seedlings need you!  Yes, I’m fully aware that next month I’ll probably be complaining about a flood, but that’s what Texas weather (and gardening) does to us.

September started out with the Labor Day holiday so I fired up the smoker and cooked a pork sirloin roast, a pork shoulder, spare ribs, and baby back ribs for the family.  I’m all out of hickory at the moment so I used post oak with a bit of mesquite that one of my student workers brought me from his home out west.  I whipped up a batch of my tangy BBQ sauce to go with it and ate pig, like a pig, for several days.  The insane pack of canine crazies enjoyed the rib bones as well. 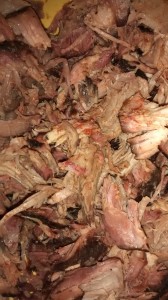 One of my Emanis cousins sent me his famous recipe for pimento cheese the other day.  I can’t wait to make it.  I told him I’d give him credit in my blog which he apparently stumbles across periodically.  He reminded me that it wasn’t a food blog.  I quickly let him know that it was a “food for thought” blog and that Miss Beverly told me I could write about ANYTHING I wanted, so there!

Speaking of eating, my “baby girl” rat terrier Lizzie recently ate a very toxic castor bean seed and scared me half to death.  I was surrounded by the herd, including my oldest nephew and mom, when my mother blurted out, “Lizzie just ate a castor bean!”  I immediately asked her how she knew and she replied, “Because I watched her chew it up and this little piece fell out of her mouth.”   To make matters worse, Miss Lizzie snatched up a dried castor bean leaf and ran off with it shaking the tattered leaf above her head as a sign that she’d eat any damn thing she wanted!  I quickly dialed my always busy vet brother who probably gets very tired of  my terrier’s antics.  He said to give her hydrogen peroxide and see if I could get her to throw up.  His son Reed helped me get as much as we could down her as she shredded my arm with her razor-like claws.  She foamed like she was rabid and gagged a bit, but no luck.  So we tried another dose, to no avail.  I then found an old bottle of syrup of ipecac and tried that.  It took a while but did the trick.  She didn’t feel very good with her stomach in a tizzy, but was back up running around like a  ninny the next morning.  Thank goodness for the Madder family which includes gardenias, pentas, firebush, and ipecac!  The burgundy castor beans were cut down the next day.  I never had this happen before and don’t want to risk it again with Bizzie Lizzie.  I still haven’t recovered from the last rat terrier dying in my arms, so certainly don’t want to go through that again.  Did you know that the botanical name of the castor bean means “common tick” because the seed looks just like one? 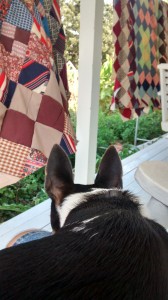 We got a special treat at SFA Gardens in September when nationally famous horticulturist, friend, and owner of Plant Delights Nursery in Raleigh, North Carolina, Tony Avent, paid us a visit with Darrin Duling from Mercer Aboretum.  I sent Tony home with some unusual plants for his botanical garden and he in turn sent me some Lycoris x haywardii, perhaps my favorite spider lilies in the world.

I planted them around one of my chalk maples (Acer leucoderme) at Miss Lou’s house across the road.  This pint sized native sugar maple is my favorite of all native trees.  Since I plan for this to be my retirement home after it’s eventually restored, I’ve geared the landscape for three low maintenance colorful shows per year.  I’ve naturalized thousands of daffodils, narcissus, and jonquils around the acre-plus to go with those the late Miss Lou Wheeler already had.  Then I’ve planted (and continue to do so) hundreds of pink oxblood lilies along with pink and white spider lilies and rain lilies.  And evenly scattered around the place are beloved chalk maples which will show off in shades from gold to red in late fall.  Behind this, I planted 75 longleaf pines to act as a forest-green curtain with 20 more acres of longleaf seedlings and a cypress swamp in progress nearby.  The house was originally what is known as a “saddle bag” type that was altered to a “Creole” style cottage in the early 1900’s.   I will rip off the ill designed, more recently added front porch and back lean to rooms, raise it up, and add a wrap-around porch.  We all call it Miss Lou’s house (for the original owner) but I will give it the official title of Jonquilla or Little Jonquil one day.  I’ve hired an SFA Gardens student worker to begin stripping the inside for me.  If you live long enough (and I win the 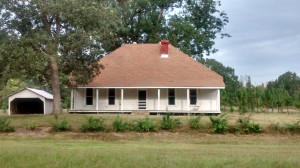 lottery!) perhaps you’ll get to see it finished one day.

The Southern Garden History Society fall board meeting was held in Charlotte, North Carolina at the end of the month with all my dear friends and favorite people attending. I’m just sick that I missed the wonderful tours and fellowship, but unfortunately with preparations in order for our upcoming Saturday, October 4th, SFA Gardens Fabulous Fall Festival and Plant Sale, I didn’t feel I should risk going. Almost all of our operating funds at the SFA Pineywoods Native Plant Center come from our two annual sales, so they are immensely important to us. You can check out the list of available plants along with more information on the sale at sfagardens.sfasu.edu. 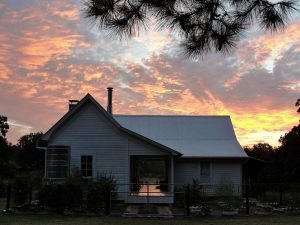 Recently I witnessed a beautiful sunrise while working in my little garden out back.  It made me think of a quote from log-cabin poet naturalist John Burroughs who said:  “The most precious things of life are close at hand, without money and without price.”  Yep.  Until next month,  Rest in Peas.  -Greg