Back in the Saddle Again 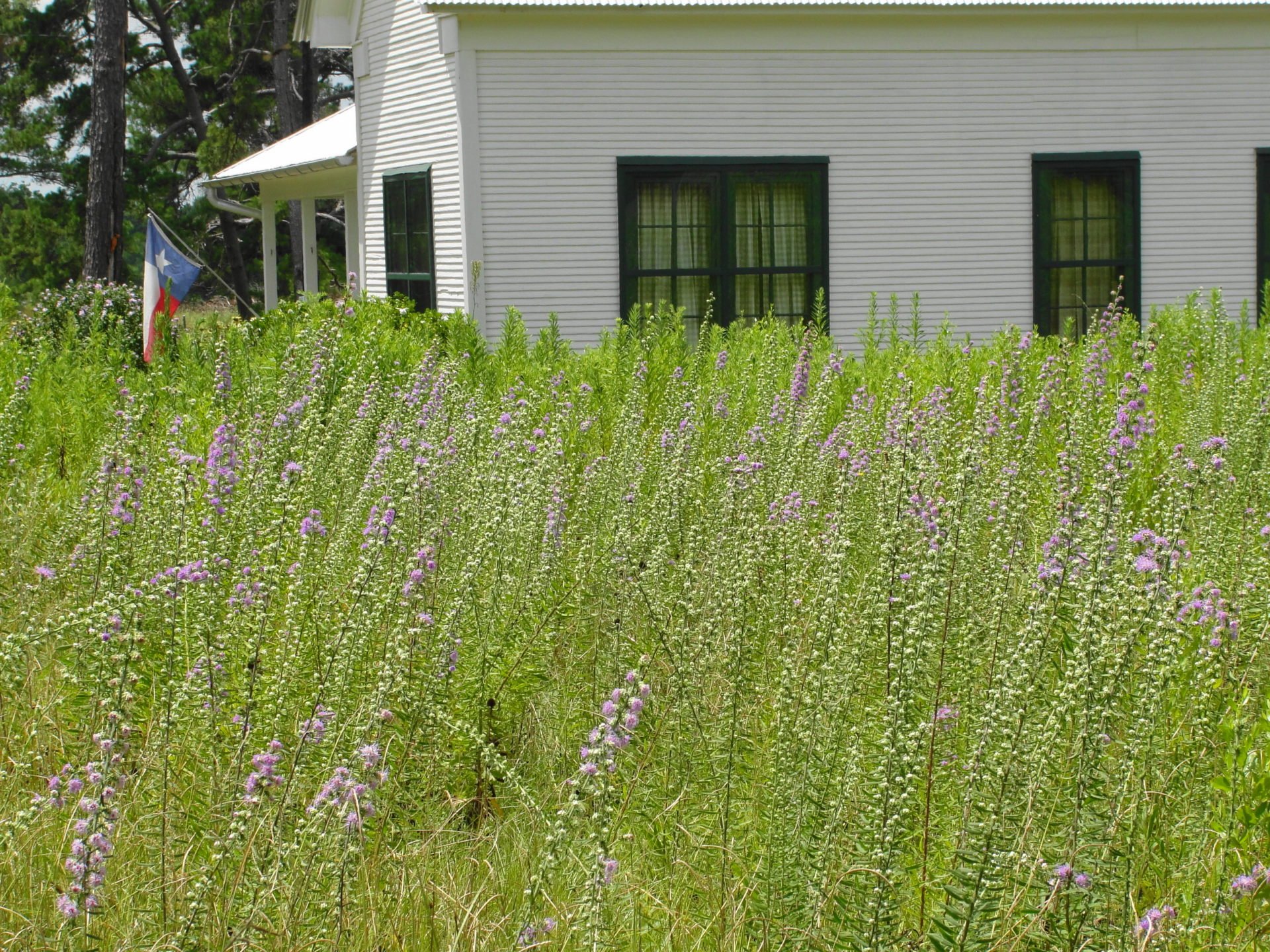 The convalescent pity party is over. Pelvis has left the building. My fine Houston orthopedic surgeon, Dr. Gregory Stocks, gave me the all-clear to begin work again August 5. That’s good news as I’ve missed the greenhouse and nursery at the Stephen F. Austin State University Pineywoods Native Plant Center where I work. Lucky for me, Spence Simmons-a very capable recent SFA horticulture graduate, has filled in for me in my absence and has done an outstanding job. He’ll most likely move on to the public garden world next. We’ll sure miss him. 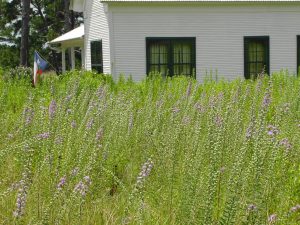 I have to admit, this “vacation” has been a bit depressing. I should have been able to accomplish tons of work on my farm and in my garden. After all I’ve been here for two months now! I’ve also burned up all my sick leave at work which to me is like spending all the money in your savings account. I pride myself in building up plenty of vacation and sick days. Thankfully bird watching has kept me somewhat sane. If it wasn’t for my bluebirds and sweet little brown headed nuthatches I would have gone crazy.

The highlight of the month was friend Chris Day (Fringe Gardens in Spring, Texas) and two of his incredible crew members coming to help me out with a long list of neglected farm and landscape chores.

They did more work in two days that I could have done in two years! Thank you ever so much Chris and Cara.

I also hired friend, master carpenter, and local naturalist Larry Shelton (Osage Woodworks) to come build me new picnic tables on the Arcadia picnic grounds next to my barn. I hate the white plastic ones they haul out each year at the annual Powdrill Cemetery Reunion. Larry also built me a fine new outhouse to replace the missing one there. Yes, I own three outhouses! I’m fully aware that my outhouse and picnic tables will probably go unused but they have always been a part of my memory on the community picnic grounds and I intend to keep it that way.

My veggie garden peaked in July with ample harvests of Golden Eye cream peas, black crowder peas, and Burgundy okra which I’m still picking. I even made okra etouffee several times. It was delicious. I also picked a nice crop of Belle of Georgia peaches which my mom mostly turned into fried pies. That’s just one of the reasons I’ve added five pounds during my hobbled state. My Celeste figs are ripe as we speak and attracting friends, neighbors, raccoons, red bellied woodpeckers, and summer tanagers. Before mowing and plowing down the pea crop I saved plenty of dried seed for next year’s crop. I also planted a late crop of Mississippi Pinkeye purple hull peas plus some odd ball purple hulled speckled crowders I’m trying to develop. I save lots of my own seed and love picking out unusual development projects to work on. I did manage to get all my spring backlog of dried seed cleaned and labeled while Linda Reynolds from the Stephen F. Austin State University East Texas Research Center was here documenting my quilt collection for her archival collection. She began a quilt project a number of years ago and found out about my collection from several local historians that had seen it. I’ve got so many that she’s only half finished after two days of measuring and photographing. All of mine are from Arcadia and most belonged to my ancestors. 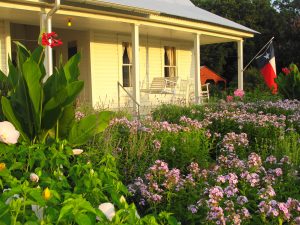 My pocket prairie at Big Momma’s has a nice show of Liatris aspera right now. The roadsides here would too if they didn’t get mowed. We have lots of cool prairie plants in East Texas but no place for them to live anymore. Roadsides, pastures, and lawns are all mowed so summer and fall blooming wildflowers and grasses no longer have homes. I gather seed when I can and relocate them to my little pocket prairie. My dad calls it my “weed patch.” I’m actually quite proud of it. Each year my population of beloved Echinacea sanguinea (our local drooping purple cone flower) gets a little larger. One day I hope it’s thick with Carolina blue larkspur and the pale pink delicate purple cone flower. There are several areas just down the road that are heavenly but get mowed each year before the seed is ripe.

My John Fanick phlox, rose mallow hibiscus, Henry Duelberg salvia, and assorted crinums all peaked in July as well. My pink Turk’s caps are just starting to bloom so the hummingbirds are just making their way to the front border. I added a new little planting off the back porch with Stars and Stripes pentas, Augusta Duelberg salvia, assorted bachelor buttons, and pink pentapetes. It has a Martha Turnbull hip gardenia in the middle and a row of Marie Daly roses across the back. It’s the same area where I let spring blooming red peony poppies and bunny bloom larkspur reseed each year.

The dozer with the shearer blade showed up in July and took out all the tree stumps and remaining trees on my new piece of property just across the road. I’m one step closer to having 20 acres of longleaf pine! I also hired a brush mulcher to make me a fire lane on my six acres across the road from it. I plan to conduct a controlled burn there each year when I burn my Rebel Eloy Emanis Pine Savanna and Bird Sanctuary behind the house so my precious little brown headed nuthatches can have a new playground.

Unfortunately there were two very low notes in July. My neighbor and great uncle, Bud Wallace passed away at 86. He was one of my Grandmother Emanis’ younger brothers. He was a very good gardener, photographer, husband, father, neighbor, and friend. He leaves behind his wife of 67 years, Billie. She will remain in Arcadia for now. They buried Bud at the Timpson Missionary Church where he attended church with my mom.

The other tragedy happened while I was putting the trash out for my parents one morning at dawn. They were away on a trip. I put the bag in the back of the truck and drove three quarters of the way down their driveway where they place it for pick up. I then decided to back up the drive way instead of turning around thinking it would be safer for the dogs that had followed along. As soon as I slowly backed up I ran over a big lump and heard a dog screaming. I panicked thinking I was on top of one and started to pull forward. I then remembered the story of my Papaw running over my Uncle 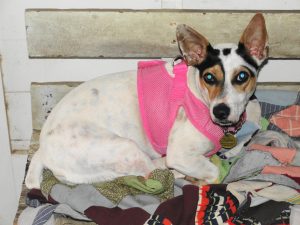 Ronnie and after hearing my grandmother scream, thinking he was on top of him, pulled forward to run over him again. So I hopped out of the truck and saw poor special Ilex limping around in pain. I cried. She cried. It was too early for my brother’s vet clinic to be open in Nacogdoches so I put her in her bed, took a shower, got dressed and headed to clinic with her so I’d be there when they opened. It turns out that I completely ran over her chest, neck, and front legs with the back tire but didn’t break a single bone! She was very sore, but I gave her pain medicine and antibiotics for a week and she was soon back in business. I’ve never had a deaf dog before, so the learning curve has been very steep. She’s also barely recovered from an eternal case of puppy mange, she’s missing her top front teeth from having her head slammed in the truck door as a puppy, her ears stand up when they are supposed to fall over, she’s overweight, she’s not good with varmints, and she’s possessive and grumpy around other dogs. Other than that she’s just fine! But she loves me and I love her. Until next month, WATCH OUT FOR ILEX! -GG