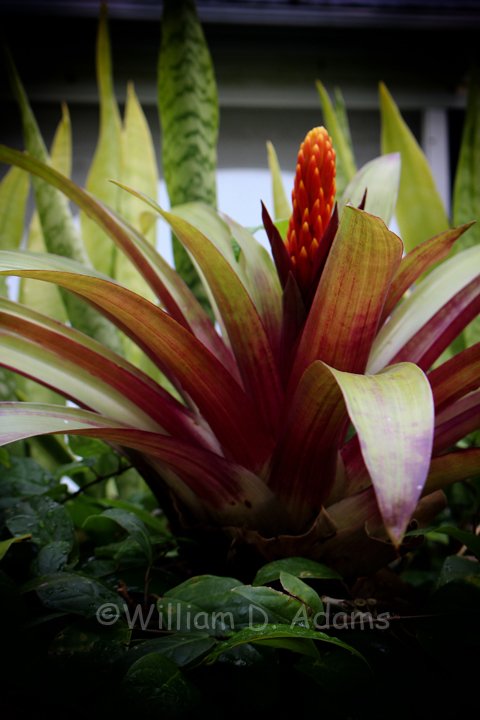 It’s difficult to believe an entire year has gone by. My first blog was about the Garden Writer’s Conference in Quebec and we’re just back from one in Pittsburgh, PA. Pittsburgh has really cleaned up its act and is now a beautiful and vibrant city. From private gardens to the Phipps Conservatory we fell in love with Pittsburgh. Our routine at these educational meetings is ½ day of lectures on various subjects from plants to social media and a ½ day of tours including public gardens and private gardens. Without the hard work of local garden writer volunteers none of this would be possible—especially our access to private gardens. Sponsors like Fiskars, Phipps Conservatory, Pittsburgh Parks Conservancy, Corona, Davey Tree and others contributed greatly to the event and helped to keep costs down for participants. So what were some of the highlights? Hang On!

The Phipps Conservatory is one of the nation’s great public gardens and in the last few years it has become a symbol of energy conservation. They have a net zero approach to energy management. This was the site of our early photo tour and it was worth getting up early to see the morning light developing at the Conservatory. We saw beautiful orchids, bromeliads and lots of tropical plants like the chocolate tree. Spectacular Chihuly glass accented many of the greenhouses.

On to Schenley Plaza, the nearby University of Pittsburgh and the Carnegie Museum of Natural History for a photo in front of Dippy (Diplodocus carnegii). Gardenwriters formed a flash mob in the park and boogied to “Happy”. Later we went to the Pittsburgh Zoo ending up with a wonderful catered dinner under a tent.

Each day we visited different gardens—one with a T Rex, another with a beautiful Butterfly Koi, there was an opulent garden set up for outdoor dining and one estate included an apple orchard old enough that Johnny Appleseed likely planted it. We wound up one day with an evening cruise along the Allegheny River enjoying a beautiful view of the city plus the Pirates were playing a home game at PNC Park where home runs often hit the river or are gathered up by one of the many pleasure boats in the vicinity (is this tailgating or tailfloating?).

We even stayed around for the ½ day “After Tour” and visited some “Quirky” sites in the city like Randyland (so much to see we ran out of pixels–fortunately there were more image cards on the bus) and a community garden with tomatoes growing in bales of hay.

The Garden Writers Association is made up of a great bunch of friendly people that love to garden and write about it. Though most of its members do some writing others are primarily photographers or involved in radio and TV. A growing number get the word out through social media. The educational sessions on blogging and tweeting are very popular. To find out more about GWA go to www.gardenwriters.org. You might just decide to sign up and join us in Pasadena, CA next year. Or come to one of the regional meetings like the Photography Workshop at the National Wildflower Center in Austin last May that was co-sponsored by Arbor Gate.

Daytime highs in the Pittsburgh area were typically in the high 70’s to low 80’s so it was a bit of a shock to come home to Texas. Fortunately my neighbor kept the important plants alive and it was about time for the tomatoes to go anyway.

Now it’s time to prepare for the fall garden. We still had a bunch of small Kennebec potatoes that were stored in the garage—perfect for fall planting since it’s difficult to find seed potatoes in the late summer and if you cut them like you would in the spring they usually rot. These small taters got planted in a few raised beds and the chore of removing old tomato plants is now looming. To tackle this daunting chore, head out with a good set of pruning shears and cut the dead or dying stems at a point inside the cage and get as many out of the way as possible, then pull the rest of the plant out through the top. Or if you’re taking out the cage, the dead plant may come out easier from the bottom. Unless you’re a “Mad dog or an Englishman” early morning or late evening are the best times to clean out the garden.

Then go for the weeds with a scuffle hoe, a rake and some helping hands. Add 3-4 inches of compost to the row, work it in and get ready to plant radishes, carrots, greens, onions, broccoli, cauliflower, beets, collards and all the rest of the easy to grow cool season vegetables.