A Spring That Kept Us Hopping! 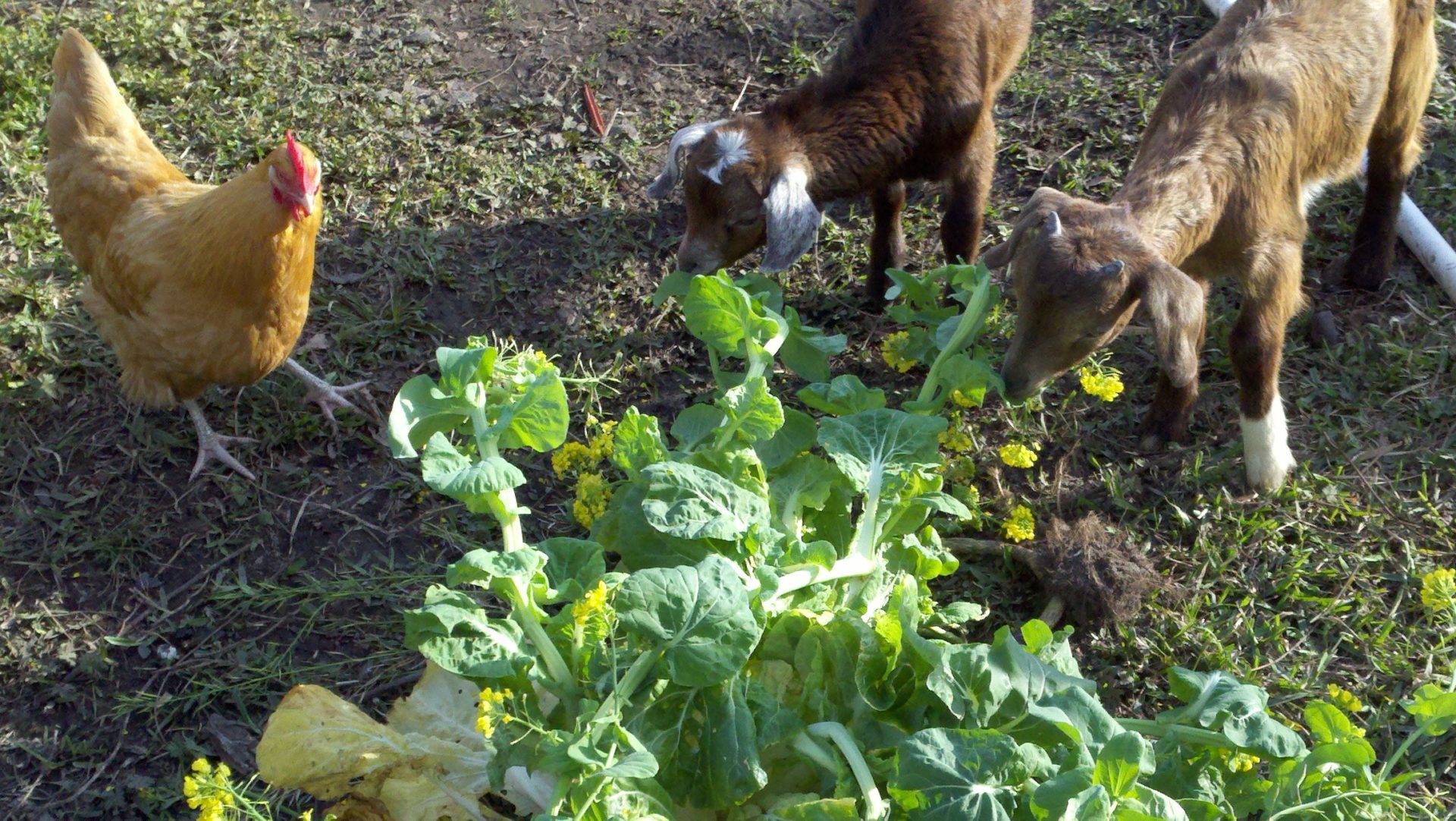 It has been an interesting spring. We have had cooler than normal weather, and over a longer stretch of time. And then there has been wind; a lot of wind. I can’t tell you how many times we have set the pear trees in our grafting area back up after they have blown over. If they blow over to the south, all is well. If they blow over to the north, they are tall enough to reach our self-watering containers, and break the veggies there. We have been lucky, so far. No serious damage.

I had to replant tomatoes for the first time. It wasn’t the Ninja Freeze that got them. It was the hail storm that blew up within minutes after I had them 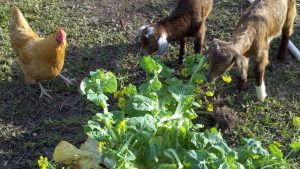 planted. We dashed for the house, commiserated with our Facebook followers, and waited. When the pocket of hail passed, all that was left was green sticks with a pile of shredded leaves at their base. It also caught some of the nectarine trees in full bloom, but it didn’t last long enough to do more than knock half the petals to the ground. We will still have a crop. The tomatoes were not so lucky.

We added a pair of little goats to our garden menagerie this year – Lightfoot and Coco. They were orphaned right after they were born, so they were rescued and bottle fed. They have become like puppies, right under our feet all the time. I probably bottle fed them too long, considering that all of their former pasture mates had been weaned by their mothers already, but we enjoyed sitting on the porch steps with them during feeding and the playtime afterward. We decided to mix our own feed so we could make sure the ingredients were non-GMO and soy free, and to add things for their long-term health like probiotics and minerals. As soon as they decided they liked that mix, they weaned themselves, ignoring the bottles and heading straight for their feed trough at feeding time. I’m not sure which ingredient makes them look so forward to it, but they sure do.

They are working for their keep, controlling the bamboo that wants to creep into the yard from the neighbor’s place, and grazing spring weeds. No, they are not in our garden; they have their own little pasture, shared with the chickens. One of the things on my 2-Do List is to turn the big logs from a fallen pecan tree into a goat play station. Right now they are using the pallets where I store stacks of clay and plastic pots, the result of which is a few broken clay pots and knocked over stacks of plastic pots. It’s time for their own obstacle course. One thing you learn quickly is that goats love to play!

We added more chickens to our flock as well. Since I am so happy with the gentle nature of our Buff Orpingtons, I chose this year’s breeds by egg color – Cuckoo Marans for chocolate brown eggs and Americaunas for those beautiful blue-green eggs. We also added some Red Stars because they are known for early egging and large eggs. It is almost time to start introducing the new girls to the hens. We have them in a grow-out coop. It’s sort of a miniature version of the big girl’s coop. They are in the same yard area as the hens, so they have had a chance to do some face to face time and interact through the wire. We will have to keep an eye on everybody for a few days after they are integrated to make sure there are no ‘mean girls’ in the flock. I love raising chickens. They are smarter than we think. When they see me in the veggie garden they come running to the fence, knowing they will get trimmings tossed over for them to browse. If I find a grub or large pest insect, they also get tossed over, and that starts a hilarious game of Keep Away. Gardening with chickens is a partnership. It does require a little creativity, but it is rewarding in many ways.

One thing that having chickens and goats has done is cut WAY back on available kitchen waste. We used to have more than enough to keep a worm bin going, and now I have to be careful to make sure everyone gets their share of treats from the trimmings and plot cleanup.

We caught a swarm of bees early this month. It was fascinating watching the swarm circle and gather into a ball in our Pakistan Mulberry. I climbed a

ladder with a cardboard box (because it is light) and brushed the bees in by hand so as to not harm any bees. It’s a pretty peaceful experience really. We put top bars across all but a narrow strip of the top and set the box on a step ladder so the bees that went airborne during collection could have time to join their swarm-mates. By evening, they were all tucked into their box.

We had to wait a day to hive them due to a prediction of heavy wind and rain. Once the weather passed, we were able to just lift the bars out of the box and set them into the hive – no shaking bees out of the box. They were already festooning (chaining) and building comb. We put them in our old two-foot hive since it was readily available. We will let them build up a bit and move them to a four-foot hive. They seem to be making themselves at home, but they could still decide to abscond. I will keep you posted. Those of you who participate in The Arbor Gate Bee Forum should be receiving bees soon. Be sure to email any questions you have.

Gardening has been a pleasure lately. Beautiful mild days and just enough rain to help get things established. I may have mentioned that we converted our veggie plots to square foot gardens a couple of years ago. It is a great way to manage a garden for a family. Every meal has at least one dish out of the garden, and I don’t have to deal with too much of this or that. Meals are planned by the morning harvest. I picked up some beautiful peppers on my last visit to The Arbor Gate. They are making good growth and setting fruits. Planting 30 pepper plants for two people might seem like a lot, but hubby is a bit of a pepper-head, and they will all be used by the end of the season – eaten fresh, grilled, used in soups, stir-fries, and then pickled. 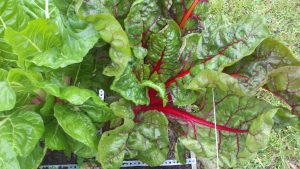 I have put a simple recipe for Swiss Chard on my website; http://www.thegardenacademy.com/Parmesan_Chard.html Chard is such a wonderful veggie, and it will grow year round here with very little effort. It is high in nutritional value, low in calories, and has a very low glycemic index. It can be used in most ways that spinach is used, but has a bit more substance. Don’t discard all the stems when you prepare Chard. They can be diced like a stalk of celery and used in soups or sautéed with onions and garlic for a great topper for baked potatoes. Chard can be grown from seed or from transplants. It grows so quickly from a transplant. You harvest chard by cutting the outer leaves at the base of the stem once they are large enough to eat. This can be anything from 6” long to 14” long or more, depending on use in the kitchen. Leave the central stalk and leaves to continue growing and producing new leaves.

Chard is one of those veggies we say is pretty enough to incorporate into your ornamental beds. It comes in a variety of colors. Swiss Chard has pearl white stems and dark green leaves. Rainbow Lights or Five Colors has stems that are yellow, orange, pink, and red in addition to white. There is also a variety called Peppermint that has pink and white striped stems. Very pretty stuff!