A Joy to Behold! 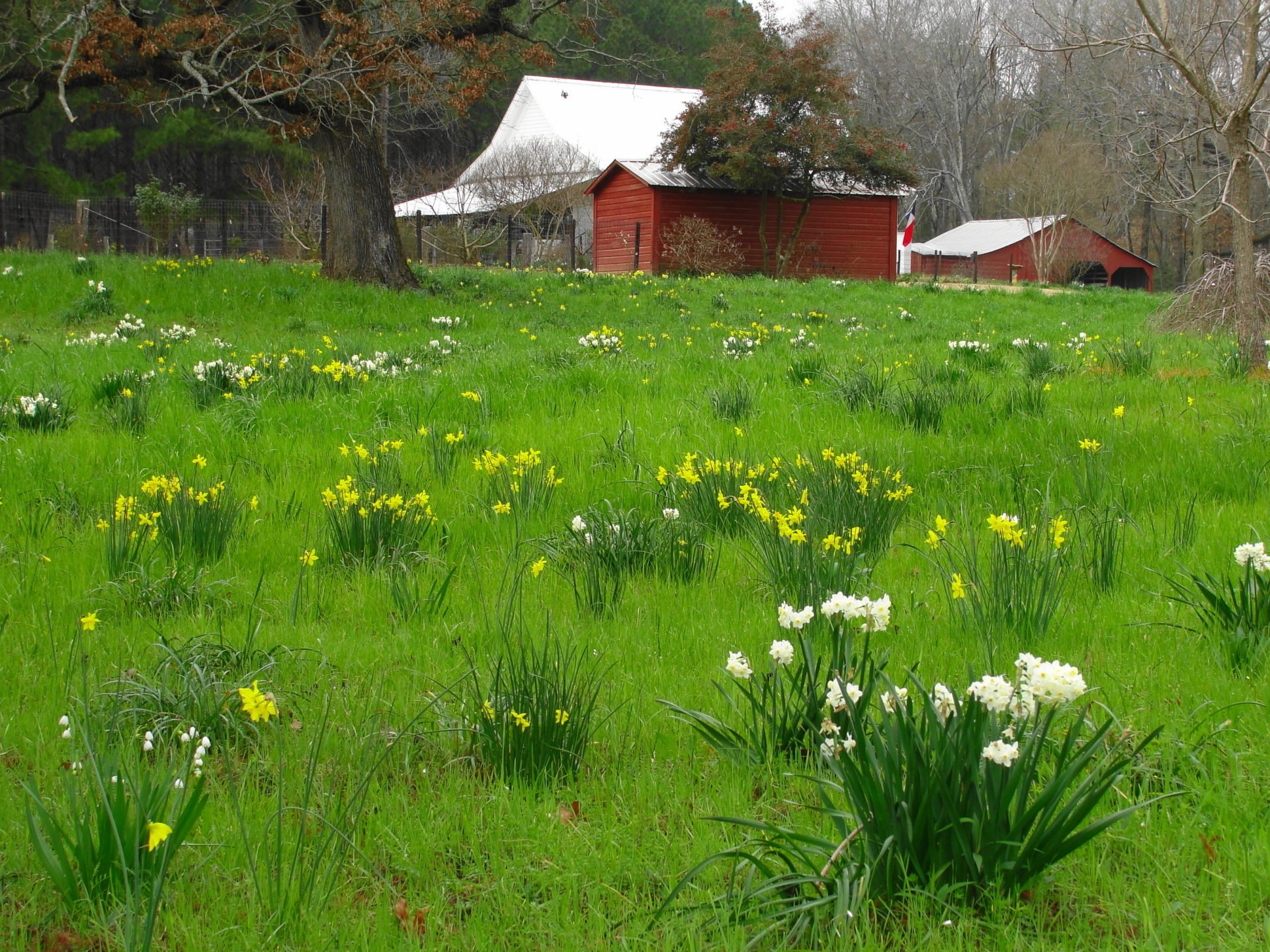 You know what a bulb lover I am. This makes February one of my favorite months of the year. It’s when the majority of the most adapted Narcissus bloom; and what a joy they are to behold. Every year 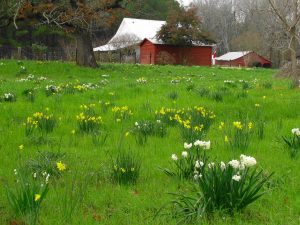 I struggle to decide whether my favorite colors are the golds, whites, or primroses; but generally decide that they each need each other to look their best. Narcissus species and cultivars fall into early blooming, mid-blooming, and late season blooming categories. By far, the most successful in Texas are the early bloomers, when our temperatures are mild. These cooler temperatures make the flowers last longer and more importantly, give the foliage time to store up energy for next year’s flowers.

It wasn’t a great year for trumpet daffodils here, but as always the narcissus and jonquils shined. Most of the large flowered trumpets don’t do well in Texas. They usually only bloom for a few years then show nothing but clumps of foliage for the rest of their ill-fated lives. I’ve learned over time to appreciate the delicate beauty of the wild species and heirloom cultivars that bloom with profusion, never need dividing, and live longer than their owners. Two others that fall into this category that made their annual February spectacle here are blue Roman hyacinths and summer snowflakes. Needless to say, summer snowflakes do not bloom in the summer. They will amazingly bloom and grow in sun or shade, wet or dry, and acid or alkaline soils. Their dainty white blooms are the perfect complement to those of the more brash Narcissus. 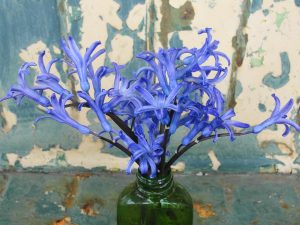 Along with Narcissus, another February ritual for me is always watching (and hearing) the eastern bluebirds court and pick out their nest boxes. They’ve noticed that I’ve done much re-arranging to their neighborhoods this year, as I decided to take down all the boxes previously located on utility poles and relocate them to fence posts. This was precipitated by a poor soul from Deep East Texas Electric Coop fighting a bluebird box full of wasps last year during one of our frequent power outages. It was my fault of course as I have so many darned boxes that I rarely get to check them all. Since paper wasps are native and beneficial I’ve always been happy to let them have a few boxes of their own. But when I noticed I was affecting the microwaves and televisions of my neighbors and relatives I decided I’d better eliminate the risk of a stinging reprisal. Unlike hard core bluebird fans I’m happy to allow other native cavity dwellers like Carolina chickadees, tufted titmice, brown headed nuthatches, and flying squirrels to set up housekeeping in my boxes too.

Now that the weather is warming up, the garden chores are heating up as well. February always means potato planting and rose pruning. Actually, I hardly prune my roses at all. I just give 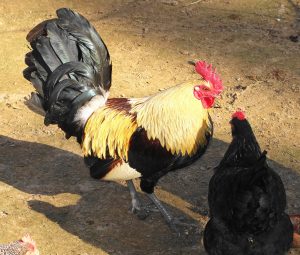 them a light shearing with the hedge clippers to keep them dense and shapely. I mostly grow old fashioned teas, Chinas, and polyanthas which are essentially shrub roses. I added ‘Monsieur Tillier’ (an Earth Kind tea rose) and “Fanick’s Pink Marechal Niel” to my little chicken yard rose garden. I collected the latter from the side of the late Eddie Fanick’s house years ago at the legendary Fanick’s Nursery when I lived in San Antonio. It’s possibly the rare 1885 German Noisette rose, ‘Kaiserin Friedrich’. I will train two of them to arch over the back of my hen house. Due to the demise of “Little Richard” I also added a new rooster to the chicken yard. One doesn’t need a rooster for the hens to produce eggs but I cockle-doodle-do like to hear them crow.

I also planted a few sweet peas along my front fence. I always grow them as transplants in the greenhouse and set the stocky transplants out during late winter. It’s an old red one that Texas Agrilife horticulturist Larry Stein shared with me years ago from his grandmother’s garden in Castroville. She grew them all across her front fence where they actually reseeded each year. It’s a true Texas sweet pea and I call it “Tillie” in her honor. 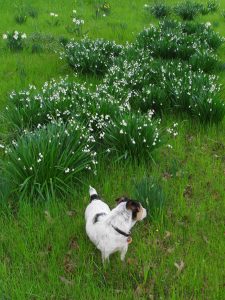 This is the first spring in my life that I completely own the hardwood forest next to my barn. There are ten acres there, mostly comprised of a mixture of southern sugar maple, assorted oaks, shagbark hickory, and scattered loblolly pines. As it slopes from high ground down to to West Creek, the oaks change from post oaks at the top, to red oaks on the mid-slopes, then white oaks closer to the creek, and finally swamp chestnut oaks in the floodplain. There are several somewhat rare plants on this piece of land including the granite gooseberry (Ribes curvatum) which reaches its western limit here. Cutleaf toothworth (Cardamine concatenata) and barbed rattlesnake root (Prenanthes barbata) also fall into this less then common category. But by far my pride and joy, and main reason I wanted to own the land, is the healthy population of bloody butcher trilliums (Trillium recurvatum) that grows near the creek. This is really a Midwestern trillium that has its most dense distribution in Illinois and Indiana. For years it wasn’t thought to be in Texas at all until Stephen F. Austin State University botanist Elray Nixon documented them in nearby Rusk County. Then somebody found them on the property next to me and later along a creek in nearby Nacogdoches County. The Rusk County stand is miniscule but my Shelby County stand is robust and the Nacogdoches County stand is incredible. That makes three single locations in the entire state of Texas where this shade loving spring ephemeral grows. It’s the far southern tip of a distribution that, like the southern sugar maples, most likely dates back to the receding glaciers something like 18,000 years ago. It’s my honor and duty to look after them and that I will. Until next month, happy gardening, -Greg