A is for Asparagus 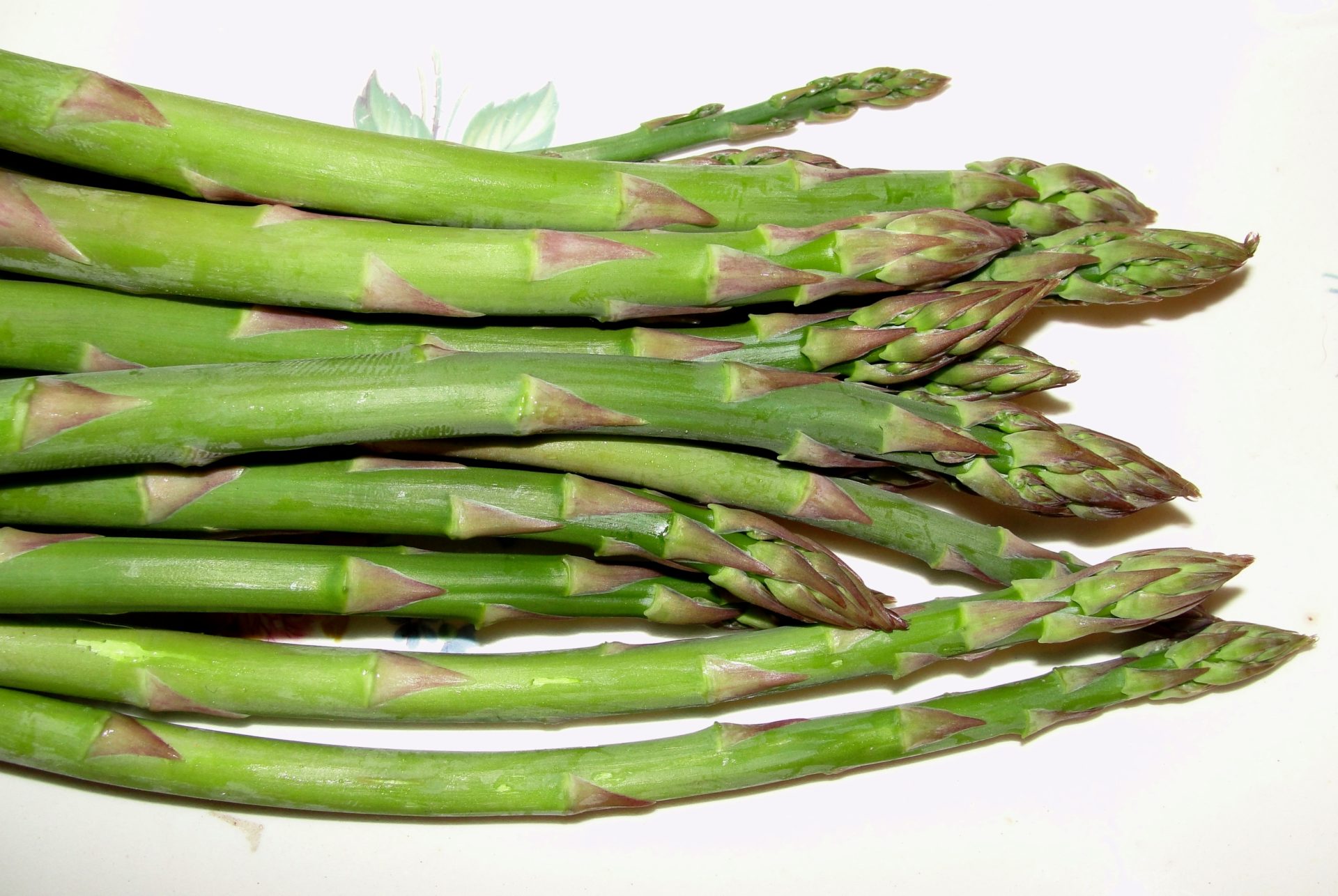 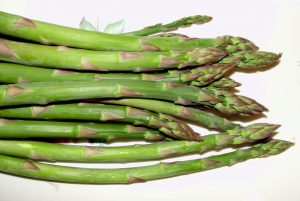 April brought many things, including plenty of rain (10 inches for April and 30 inches for the year so far!) and asparagus. Although weekly deluges hindered plowing or planting annual veggie crops, they did nothing to halt my five tire planters full of easy to grow, perennial asparagus.

I didn’t grow up eating asparagus and never knew what I was missing until I harvested and ate my first fresh spears. My start actually came from the middle of a pasture where my parents built their home. It was formerly the Darnell Place in Arcadia where John, Fanny Matt, and my Granny Ruth’s childhood friends Russell and Travis lived. I never knew the Darnells, but did find their asparagus, improved blackberries, and a lone pear tree surviving. I have no idea what cultivar the asparagus is. It might be the old standby ‘Mary Washington’ or it could just be a seedling. Regardless, I adopted it years ago and moved it to my grandparents’ old house where I live. I first started with one clump in a single self-made tire planter. I then purchased ‘Purple Passion’ along with ‘UC 157’ to make a total of three tire planters. 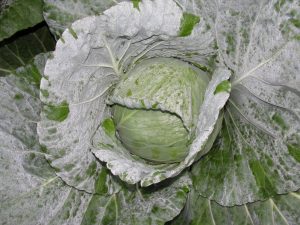 The purple one seemed less vigorous and the UC version seemed no better than my overgrown Darnell pass-a-long clump, so when it came time to divide “Fanny Matt” I gave the new versions away to Cousin Pam and her husband Richard and made three tire planters full of my collected culinary cache. When those three clumps pushed the tires up off the ground I divided again and moved them to my new crown tire kitchen parterre behind my house. Dividing asparagus is similar to dividing monkey grass and involves a stout back, weak mind, and sharp shovel. My asparagus clumps probably have about five years before they get tired of their new spots and need dividing again. If I were smart, I’d plow the backyard and make a row a hundred yards long!

In the meantime, I’ve learned that April is for asparagus. I harvest every last shoot that appears from the ground each spring up until May 1. Remember, A is for asparagus and once April is over you MAY not have any more until next year! Some produce hounds may not think it is worthwhile to grow asparagus for a little over a month’s bounty each spring, but I certainly do. And thanks to my friend Missy, I now roast it for 10 minutes at 400 degrees instead of steaming it as I have for years. I usually toss in broccoli or whatever other green tender morsels I’ve harvested as well, along with a drizzling of olive oil, seasoned salt, and grated Parmesan cheese. Since the delicious browned cheese likes to set off the fire alarm, I often wait and put it on at the end.

Since the ground is too wet to plow, I haven’t planted any sweet corn this year or any other row crops for that matter. I have been harvesting yummy, tender cabbage from my little back garden and have healthy tomatoes, purple podded pole beans, yellow squash, cucumbers, bell and banana peppers, thyme, parsley, basil, and one token tire of what will soon be new potatoes to keep my forever farming mind cultivated. At some point it will finally dry up and I’ll at least get some peas and okra sowed to keep the tractor and me busy each weekend. I’ve always been a truck farmer at heart.

Speaking of veggies, I did have the pleasure of seeing old friend and fellow garden writer Patty Leander when I spoke at the state master gardener convention in Belton. Patty writes a wonderful vegetable article for each issue of Texas Gardener with beautiful photography provided by her talented husband Bruce. I had forgotten how beautiful Central Texas is in the spring and spent as much time along the roadside taking pictures of wildflowers on the way as I did driving my little Toyota truck with the gimpy catalytic converter. 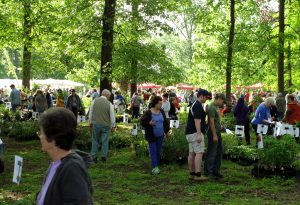 Another successful SFA Gardens spring plant sale came and went in April so the operations at the Pineywoods Native Plant Center are funded until the October sale arrives. It’s quite a cultural and horticultural zoo and a monumental task for our limited staff and elderly volunteers each year, but somehow we manage to pull it off and still speak to each other with semi-civil tongues afterwards.

My little garden at home was pretty in pink for the whole month of April with Byzantine gladiolus and assorted roses stealing the show. Actually there was no show to steal because I had nothing else in bloom at the time! The roses that clambered for the most attention were ‘Tausendschon’ (Thousand Beauties) and ‘Farmers Dream’ (Climbing Belinda’s Dream). And if the eye-poking magenta glads aren’t enough each year, brilliant electric-blue indigo buntings show up at the same time to frolic among them. 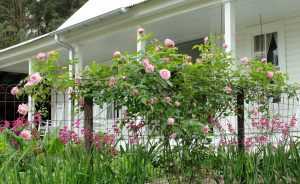 But I have to be honest. As wonderful as the asparagus, gladiolus, indigo buntings, and roses were in April, they paled compared to the excitement of hearing a northern bobwhite quail one evening before heading to my weekly movie in Center. It had been several decades since I heard the last one and I didn’t even recognize what bird was making such a loud clear whistling call. My bird brain quickly sorted through the spring thrills of whippoorwills and wood thrushes and realized it was a lone quail. The last covey I saw was on the Darnell hill not long after my parents built their house there in the 1980’s.

This haunting call was just across the road where I planted 20 acres of longleaf pine two years ago and where I’m actively trying to seed native grasses. Amazingly, my long term distant goal, despite not having near the appropriate acreage, was (and still is) to one day have wild turkey and quail roam beneath my pines.

Isn’t it wonderful how every time we get down in the dumps, nature tosses something our way to lift us back up again? That’s why I prefer watching birds to watching television. Until next month, remember: Gardeners never quit, they just keep growing. -Greg

Written by Greg Grant Greg Grant is an award-winning horticulturist, conservationist, photographer, and writer from Arcadia, Texas. Each month he writes an article for The Arbor Gate Blog where he is given free range to write about any topic that interests him. During the week, he is the Smith County horticulturist in Tyler for the Texas A&M AgriLife Extension Service and on the weekends, he and his wife tend Greg’s grandparents’ old farmhouse, his Rebel Eloy Emanis Pine Savanna and Bird Sanctuary, a flock of laying hens, four terriers, one German shepherd, and two cats.